I think you are referring to Snell's Window :

...a phenomenon by which an underwater viewer sees everything above the surface through a cone of light of width of about 96 degrees. [It] is caused by refraction of light entering water, and is governed by Snell's Law. The area outside Snell's window will either be completely dark or show a reflection of underwater objects by total internal reflection. 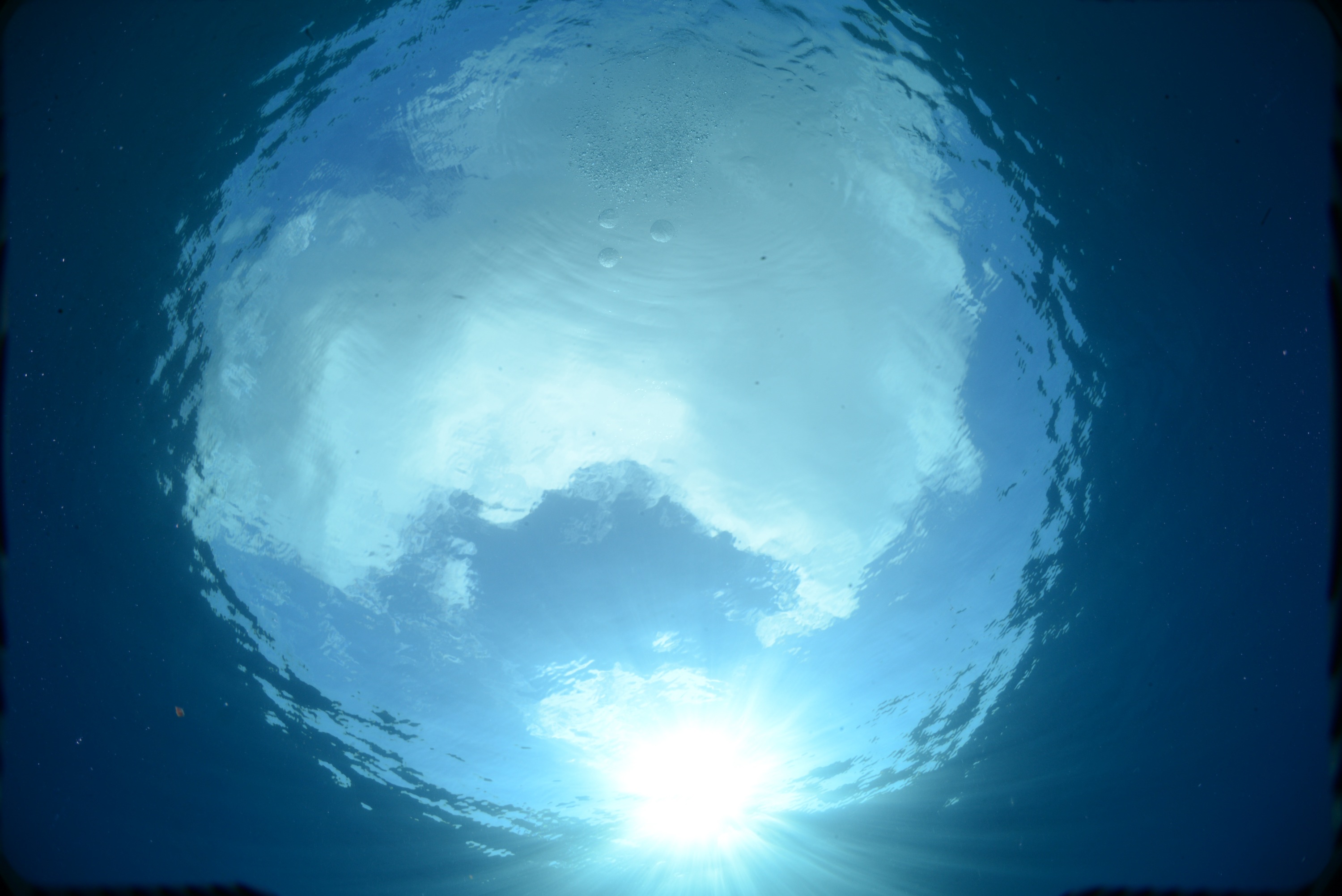 The area outside the cone is a reflection of light travelling upwards from underwater objects. If there are no objects below the surface which emit or reflect light, or if they are so far from the surface that such light is dim when it reaches the eye, the area seen outside the cone will be dark.

Light reaching the eye inside the cone comes from the sky. It is compressed from an angle of 180 degrees into an angle of 96 degrees, so it appears brighter even than it does when you are not under the water. This enhances the contrast with the dim reflections from under the water.

In addition, ripples on the surface of the water make it possible for light outside of the cone to reach the eye more directly, at points where it is refracted towards instead of away from the eye. So the area outside of the circle is brighter when the water surface is rough - as in the sea or a crowded swimming pool - and darker when it is perfectly still - as in a slow-flowing river or a pond.

When the fish is in water it can have a full view of objects above water but in only a width of 98 degrees which is 2 times the critical angle of water. Other objects which are not in the range will be seen by the fish through total internal reflection. Where rays from the objects will be totally reflected at the surface of water.

Not the answer you're looking for? Browse other questions tagged optics visible-light reflection refraction or ask your own question.

4
Why can't I see far when I look in a mirror?
16
Clarification needed in the concept of apparent depth & real depth
1
How reflected objects are composed and who is responsible for that?
5
How do I see things of the bright room, being in the dark room?
4
Some doubts related to interference of light by air wedge
1
Is light dispersed over distance by flat mirrors?
1
How to calculate the fraction of light rays reflected?
2
How do we perceive object distance in refraction/reflection?