A positive and negative charge are some distance d away from each other (Electric dipole configuration) Consider the electric field lines in between them.

That is, there is a straight line electric field vector that points from (+) to (-) along the d direction.

Assume alpha does not equal beta. What are the angles?

This was a question posed by my professor to think about. At first I thought the angles would be equal so I didn't really understand his question. I think the case that they would be equal would be when the positive charge magnitude is equal to the negative charge magnitude (I may be wrong). He did not tell us what the magnitude of the (+) and (-) charges so I think this may be the main point. Would there be a way to calculate the angle? Maybe a ratio?

This is mainly for my own curiosity any insight would be appreciated! 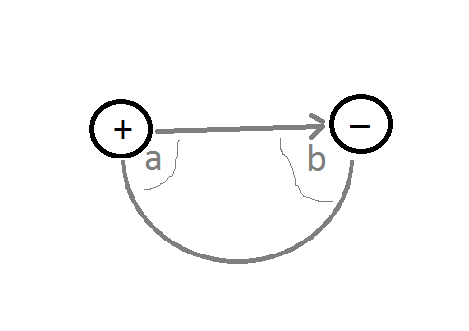 Here is my best attempt, I couldnt solve for the angle as a function of the other angle so I am not sure if it is completely correct or if there is a simpler way to solve. 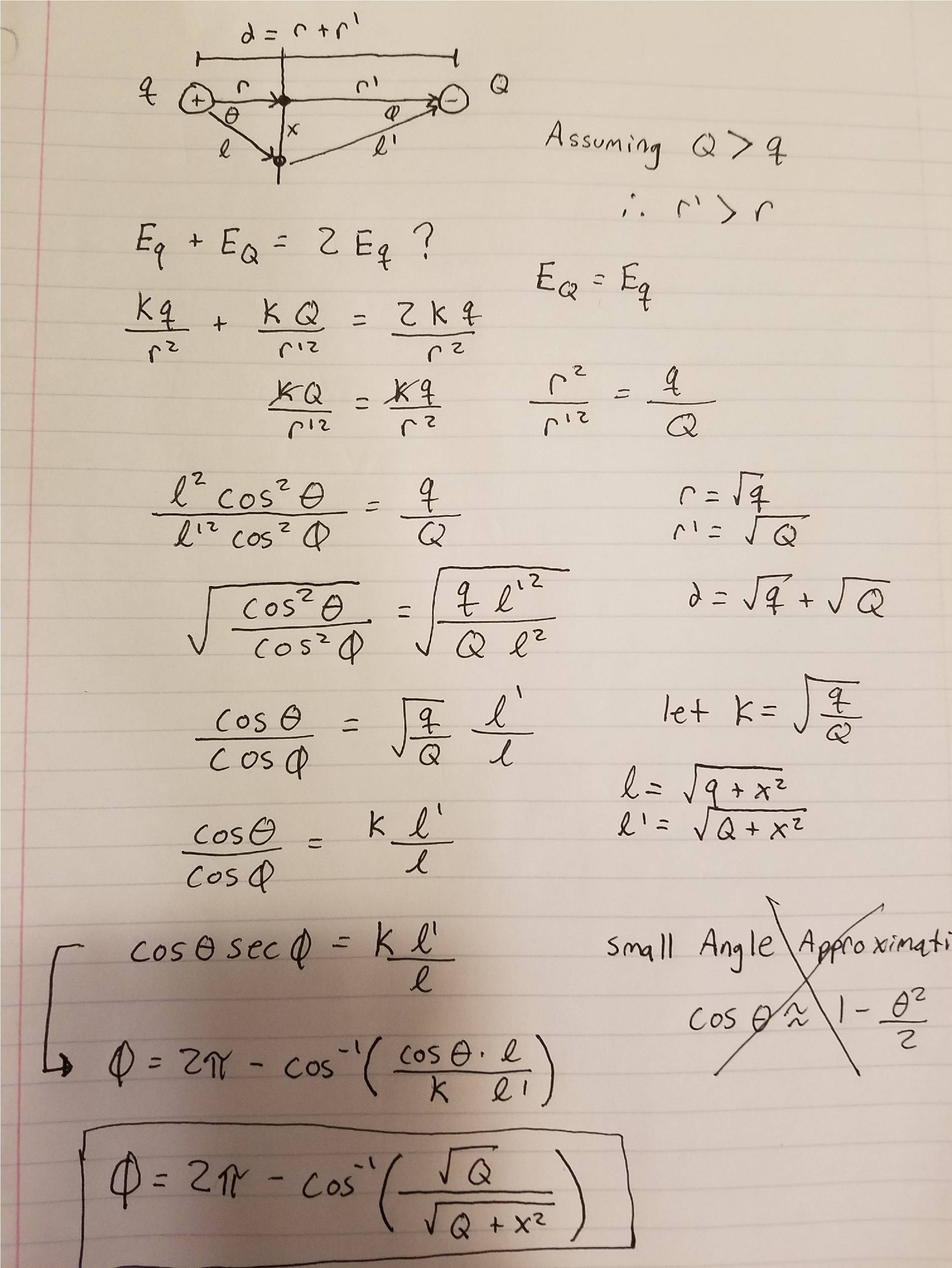