How did Bohr come up with the figure $n\hbar$?

Bohr gave his atomic model in the year 1913, whereas De Broglie proposed his idea of matter waves in the year 1924 (from which the relationship can be derived by considering an electron to be a standing wave). How is it then that Bohr came up with this postulate?

This is a summary of the Wikipedia Bohr Model article.

The Bohr model was developed without either the knowledge or need of De Broglie's later work.

In 1912 Bohr was aware of the problems with the Rutherford "solar system" model: 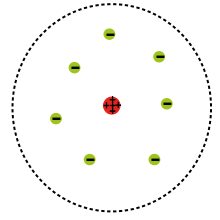 The key to Bohr's insights may have been that, instead of a continous spectrum, atoms were discovered with discrete emission energies.

Bohr proposed, in 1913, that electrons could only have certain classical properties. Bohr supported his contention by appealing to the correspondence principle, without providing any sort of wave interpretation. In 1913, the wave behavior of matter particles such as the electron (i.e., matter waves) was not suspected. 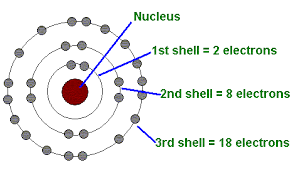 The Bohr model was based upon Planck's quantum theory of radiation. Electrons can only gain and lose energy by jumping from one allowed orbit to another, absorbing or emitting electromagnetic radiation with a frequency $ν$:

where $h$ is Planck's constant. The frequency of the radiation emitted at an orbit of period $T$ is as it would be in classical mechanics; it is the reciprocal of the classical orbit period:

The importance of the Bohr model is that we could utilise the laws of classical mechanics to the electron's motion, but modified by a quantum rule. Although his model was not completely well defined for small orbits, because the emission process involves two orbits with two different periods, Bohr could determine the energy spacing between levels and come to an exactly correct quantum rule: the angular momentum $L$ is restricted to be an integer multiple of a fixed unit:

where $n = 1, 2, 3, ...$ is called the principal quantum number, and $ħ = h/2π$.  n has a lowest value of 1; this gives a smallest possible orbital radius of 0.0529 nm known as the Bohr radius. Once an electron is in this lowest orbit, it will not "drop" any further into the nucleus. Starting from the angular momentum quantum rule, Bohr was able to calculate the energies of the allowed orbits of the hydrogen atom and other hydrogen-like atoms and ions.

Bohr's condition, that the angular momentum is an integer multiple of ħ was later reinterpreted in 1924 by de Broglie as a standing wave condition: the electron is described by a wave and a whole number of wavelengths must fit along the circumference of the electron's orbit:

Not the answer you're looking for? Browse other questions tagged quantum-mechanics angular-momentum atomic-physics history wave-particle-duality or ask your own question.

1
Derivation of Bohr model equations (1) in his original paper

0
Quantised Angular Momentum?
7
How did the operators come about?
1
How did de Broglie 'fix' Bohr's model?
0
De Broglie's relation in general relativity
0
How do electrons remain as standing waves?
0
How are line spectra explained after rejecting/improving Bohr's theory?
1
Why the cycles completed by standing wave completed by electron in a certain orbit is same as principle quantum number?
1
Expansion of the Bohr-Sommerfeld Model to any atomic/molecular system