Can someone explain for dummies what these are? How they are seen? And how to distinguish them? Perhaps, post some images. Thanks. 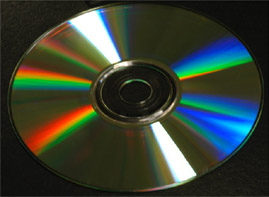 The tracks of a CD or DVD are act as a reflecting diffraction grating. The avarage track separation on a CD allows for about 625 tracks per millimeter. This compares well with spacings of standard laboratory diffraction gratings. For red light of wavelength 600 nm, this produces a first order diffraction maximum at about 22°.

A reflecting diffraction grating is capable of producing the same effect. The beam produced by this grouping of diffracted waves, each from a different slit, combines to form a wave front that travels in the same direction as the original incoming light beam. This beam is usually called the central maximum. 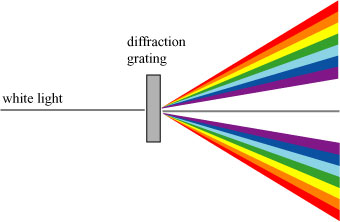 White light diffracted by the grating will form a spectrum along each ordered beam. This effect occurs because, if the light is polychromatic, the direction of the diffracted beams is dependent on their wavelengths. The first order beam for light of longer wavelength, will travel at a greater angle to the central maximum than the first order beam for light of a shorter wavelength. If light from a glowing gas, such as mercury vapor, passes through a diffraction grating, the separate spectral lines characteristic of mercury will appear.

So we end up with a bright beam perpendicular to the grating and a series of beams to either side at angles where the light waves from adjacent slits reinforce each other. The first bright image to either side occurs when the difference in the pathlength of the light from neighboring slits of the grating is one wavelength, (the "first order" diffraction maximum). 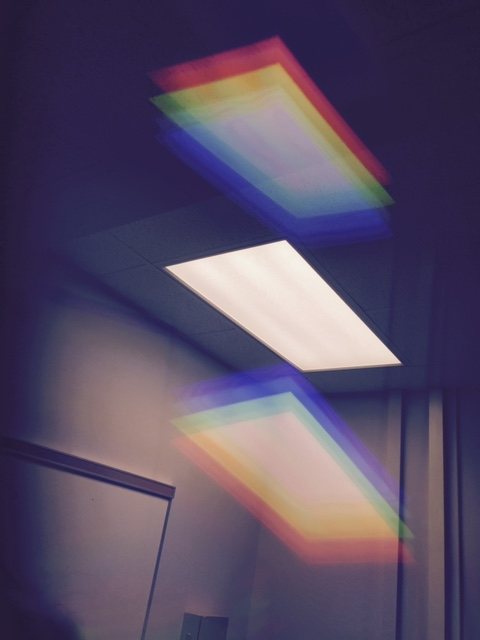 The top and bottom colored images are the first order spectra of the white fluorescent light in the middle. As with a rainbow, the order of colors is reversed.

If the pathlength difference is two wavelengths, we obtain a further bright image (the second order diffraction maximum). If light of a longer wavelength is used, the maxima are at greater angles. The diffraction grating performs much more efficiently in separating of the spectral lines associated with atomic transitions, than a standard prism.

Not the answer you're looking for? Browse other questions tagged spectroscopy raman-spectroscopy or ask your own question.