Below is a picture of my PC power supply.

Suppose I wire all the 12 volt wires together. Since the max current is 52 amps, does that mean I must not connect a resistor with less than 12/52 = 0.23 ohms? I am assuming a perfect world by the way. I don't plan to actually do this. 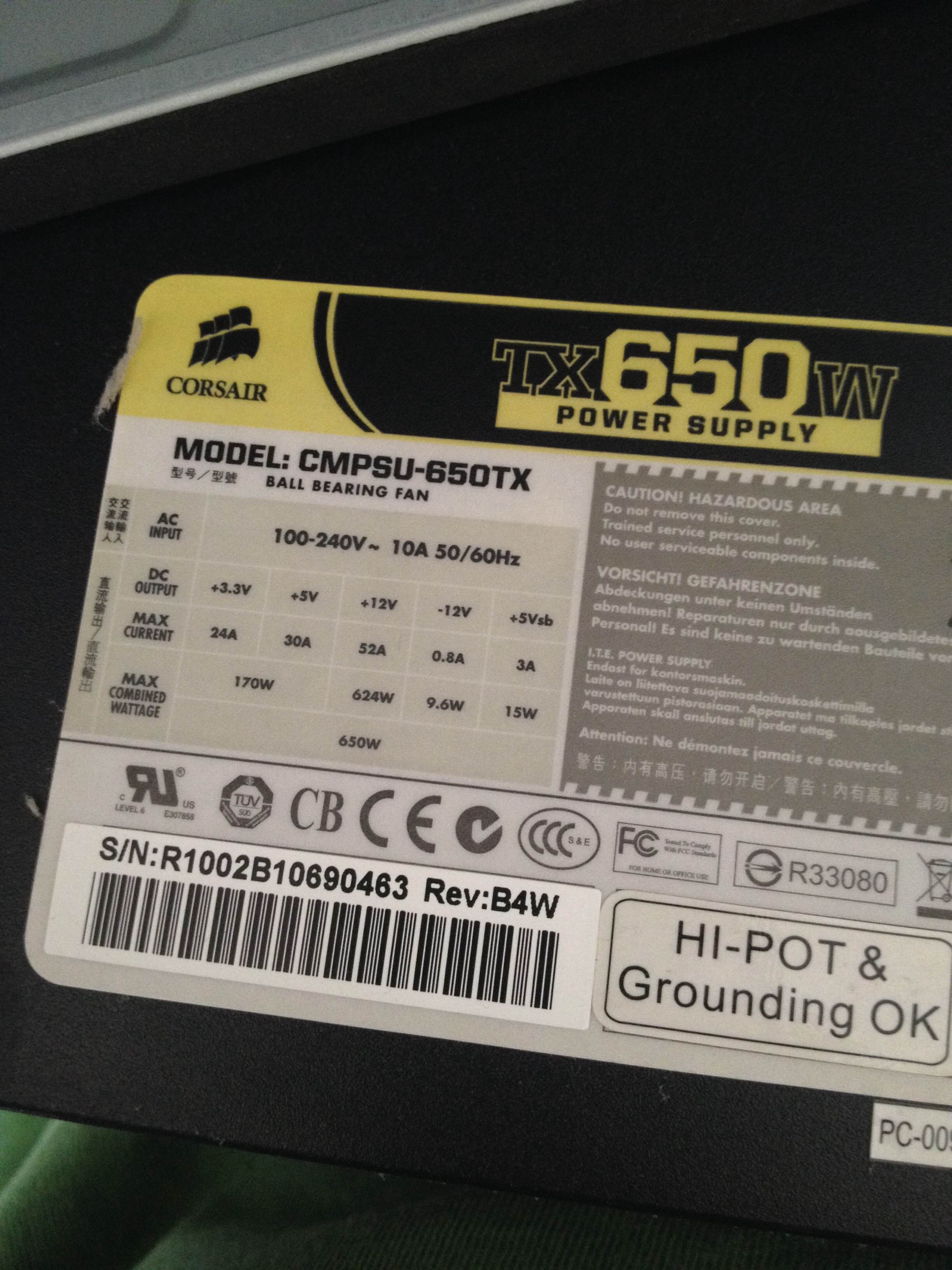 So it's a little more complicated than that simple picture, unfortunately: even a $1\Omega$ resistor is likely to draw so much current that it rapidly dissipates enough heat to melt itself; this is why the devices that do draw this much power (CPUs, GPUs) generally need to be thin and outfitted with cooling equipment, and may require dedicated wires going straight from the power supply to the board. The "switched mode power supply" inside has some other properties that you would need to be aware of when drawing this much power, most obviously first its "impedance" (an intrinsic resistance that tells you how the voltage it provides drops as you pull more current off of it), but they're actually pretty complicated devices which also detect whether they're working right and issue a signal to the motherboard to that effect to potentially trigger emergency shut-offs; and they have their own shut-offs when you pull too much amperage out of them.

But in principle, yes: it's trying to guarantee to you that if you needed to pull that many amps out of this wire, it would not shut down on you if you did that. One way to draw that many amps is to hook up a circuit whose equivalent resistance is $0.23~\Omega.$

The label is telling you that if you attempt to draw more than 52A from the 12V rail, then the power supply will not be able to maintain 12V out.

The label doesn't say what will happen. There's a few choices:

If it's a fuse, it may be replaceable, or maybe not. If it's a circuit breaker, it may re-set itself after a cool-down period, or you may have to reset it manually.

The most desirable behavior is foldback. That's where the power supply senses the over-current, and shuts itself down to an "idle" state. You re-set it simply by turning it off and then back on again.

0
How to evaluate, how much current flows in the circuit?
6
Questions about voltage
0
How do voltage and voltage drops over a circuit relate to work done?
1
Voltage and resistors
4
Why does not a battery kept in empty space discharge on its own? If space between the terminals is empty, what prevents the electrons to flow?
4
How does resistor affect drift velocity?
1
The inside of a variable resistor (potentiometer)
2
Do electrons jump from one wire to another if they are of different materials?