I've been trying to find a Nusselt number correlation for a sphere cooling in a forced gas cross flow where the sphere temperature is much higher than the free stream temperature.

Here is an equation that you can use: 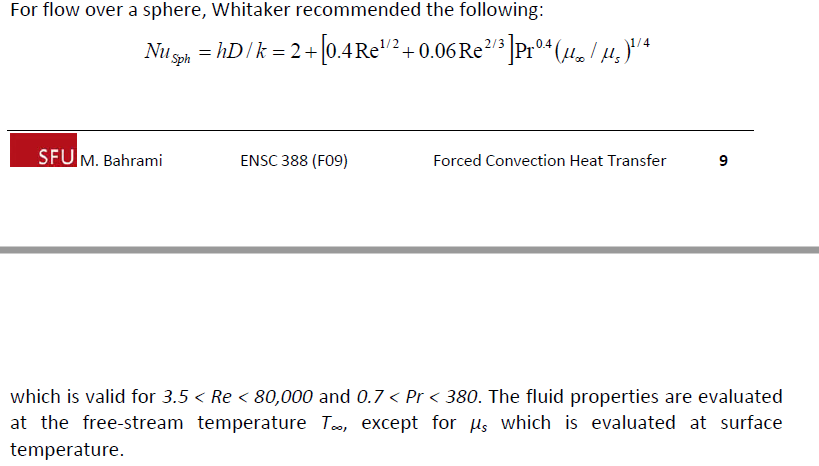 Not the answer you're looking for? Browse other questions tagged thermodynamics fluid-dynamics dimensional-analysis convection or ask your own question.

2
How would I go about solving this transient convection problem if the mean fluid temperature is constantly changing?
0
flat plate isoflux convection - how to calculate temperature
11
A theoretical model for evaporation occurring when wind is blowing over the surface of water
0
Nusselt Number Correlation of long cylinder in axial flow
2
Calculating heat loss to surroundings from a cube suspended in air?
1
Rayleigh number for long slit heated at the end
0
Does the convective heat transfer coefficient depend on temperature difference?