Dielectric in a parallel plate capacitor

Uniform charge: each atom has charge $q$. Magnitude of dipole moment is $q s$, where $s$ is the distance the nucleus is shifted. According to my notes, the charge on the surface of a dielectric in between the plates is $N q s S$, where $N$ is the number of dipoles and $S$ is the surface area of the plate.

There are two misconceptions present in your explanation of the problem.

The idea is that (a) dielectric of the area $A$ and height $L$ polarized homogeneously along its height and (b) two plan-parallel plates of the area $A$, distanced by $L$ and with charges $N A p$ and $-N A p$ produce macroscopically the same electric field ($N$ is volumetric density and $p = q s$ is polarization of one dipole).

This effect can be relatively simply understood if you imagine that you have charges of volumetric density $N$ homogeneously distributed all along material. Initially positive and negative charges are on the same positions, all material is electrically neutral and polarization equals zero (picture left). Now you pull all positive charges for $s/2$ up and all negative charges for $s/2$ down (picture right), so you actually get total dipole moment $P' = N V p = N A L q s$. 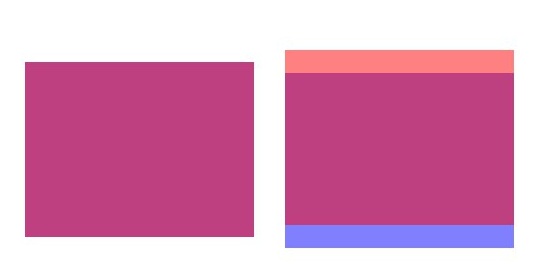 Not the answer you're looking for? Browse other questions tagged electrostatics capacitance dipole dielectric or ask your own question.