How does the wing area affect the form drag and induced drag? And also lift?

I did an experiment of 8 different square wing areas. And found out that as the wing area increases, the wing vibrates more. (I made the wings out of hard paper) Does this mean that this is due to the turbulence created by wingtip vortices, or the increased form drag that produced turbulent air? Are there any equations that describes mathematical relationship between the area and drag? I did the experiment by using an extremely sensitive scale and attached to the wings. The areas are: 50 cm^2, 60...til 120. The airspeed is the same for all. As the wing area increases, the mass change range increases on the scale too, because the vibration is more severe.

My investigation is to establish a relationship between the wing area and the lift force. Does the drag affect the lift force? Also, I think as the area doubles, the form drag increases by a factor of 4. Is this correct/

There are way too many unknown variables here to make an accurate assessment of your problem. My initial guess would be that as air travels across the airfoil with larger surface area, there is more of a chance to move away from laminar flow to turbulent flow. This will cause the vibration that you are concerned with. To see where the turbulent flow is happening, you need to observe the flow of the air. Add some smoke to you airflow and possibly a high speed camera and you will be able to watch where the turbulent flow happens. This should get you in the right direction.

Consider the structural strength of your paper wing. As the wing area increases would the same force (perhaps caused by turbulence) cause the wing to deform more? This would result in more change to the wing's shape and lead to the vibration.

Have you tried either mass damping of the wing and/or vortex flow induction (on the upper wing surfaces)?     What does that mean?

Hi Savvas, when they are building new aircraft, say the Boeing Dreamliner, they have to test the wings for vibration, better known as flutter, (which is what makes wings vibrate). Extreme flutter or vibration can tear the wing off the plane, especially at the high speeds they travel at. They need to stop the flutter early, before it increases it's amplitude and they can sometimes do that by adjusting the position of the engine, mounted on the wing, or by placing small weights, like the lead weights you see on a car wheel to stop it going out of balance. It's the same idea. 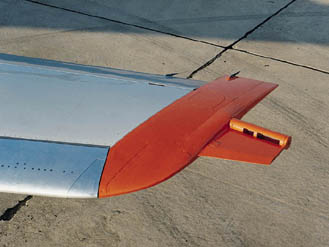 On this jet the tip of the wing has weights added, which can then be tested as to how much mass damping is needed and the best place to put it.

Another method of airflow control is by inducing vortex flow using vortex generators, which are the tiny pieces of metal on the top of th ed wing, near the leading edge, as shown below: 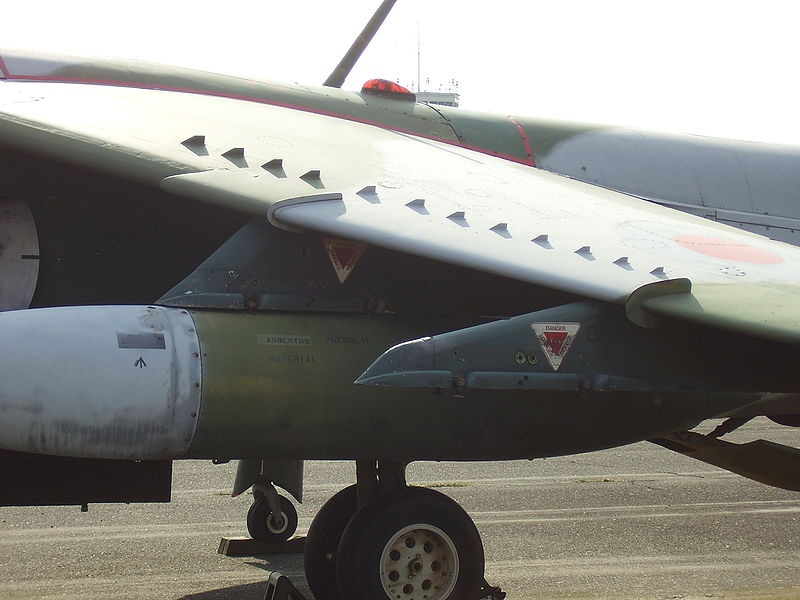 These create turbulence, which sounds bad, but if it is used properly can help maintain laminar flow across the wing, making it more efficient and reducing drag.

Not the answer you're looking for? Browse other questions tagged fluid-dynamics drag turbulence aircraft lift or ask your own question.

4
How much lift does an airplane get from its wings, vs the rest of the airframe?
2
Why ballasted gliders fly faster
20
Does a wing in a potential flow have lift?
13
How much effect does the Bernoulli effect have on lift?
3
Could a Jumbo Jet aircraft fly on paper wings?
0
Can drag force and lift force be in the same direction in the following case?
2
Aeronautical Physics induced drag direction
0
Can the drag coefficient be calculated analytically in closed form?