Orbital maintenance of a Mars cycler

How much orbital maintenance (i.e. corrections), if any, would a Mars cycler need.

As far as I understand it, a cycler needs no corrections to its orbit unless something extraordinary happens like gravitational interference from a passing comet or something of that sort.

I'm having trouble finding anything about the topic with my very limited 'knowledge' of orbital mechanics.

For those unfamiliar with cyclers: http://en.wikipedia.org/wiki/Mars_cycler

As far as I understand it, a cycler needs no corrections to its orbit unless something extraordinary happens like gravitational interference from a passing comet or something of that sort. 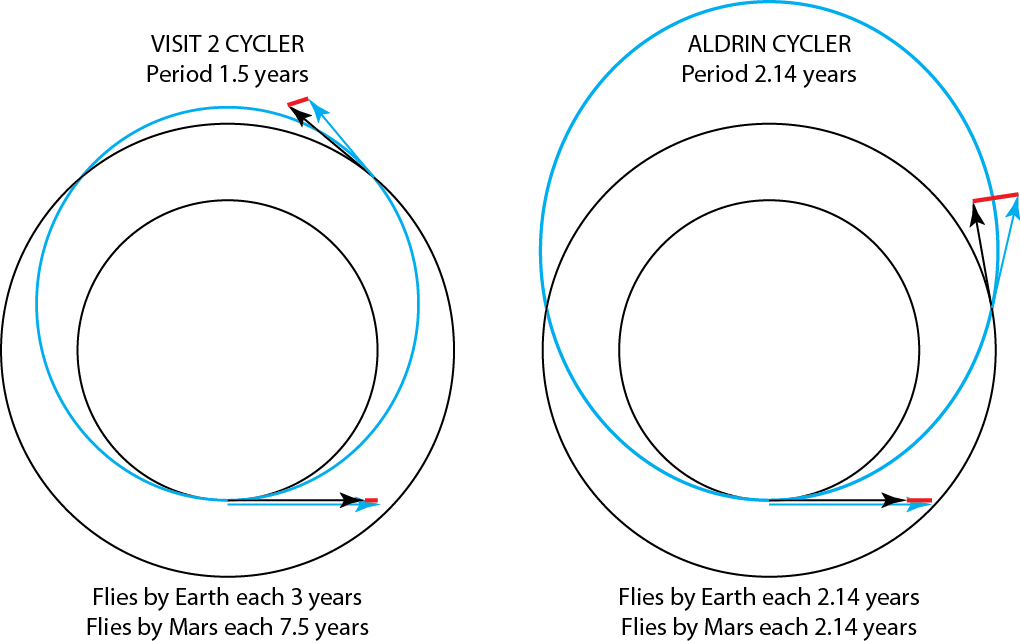 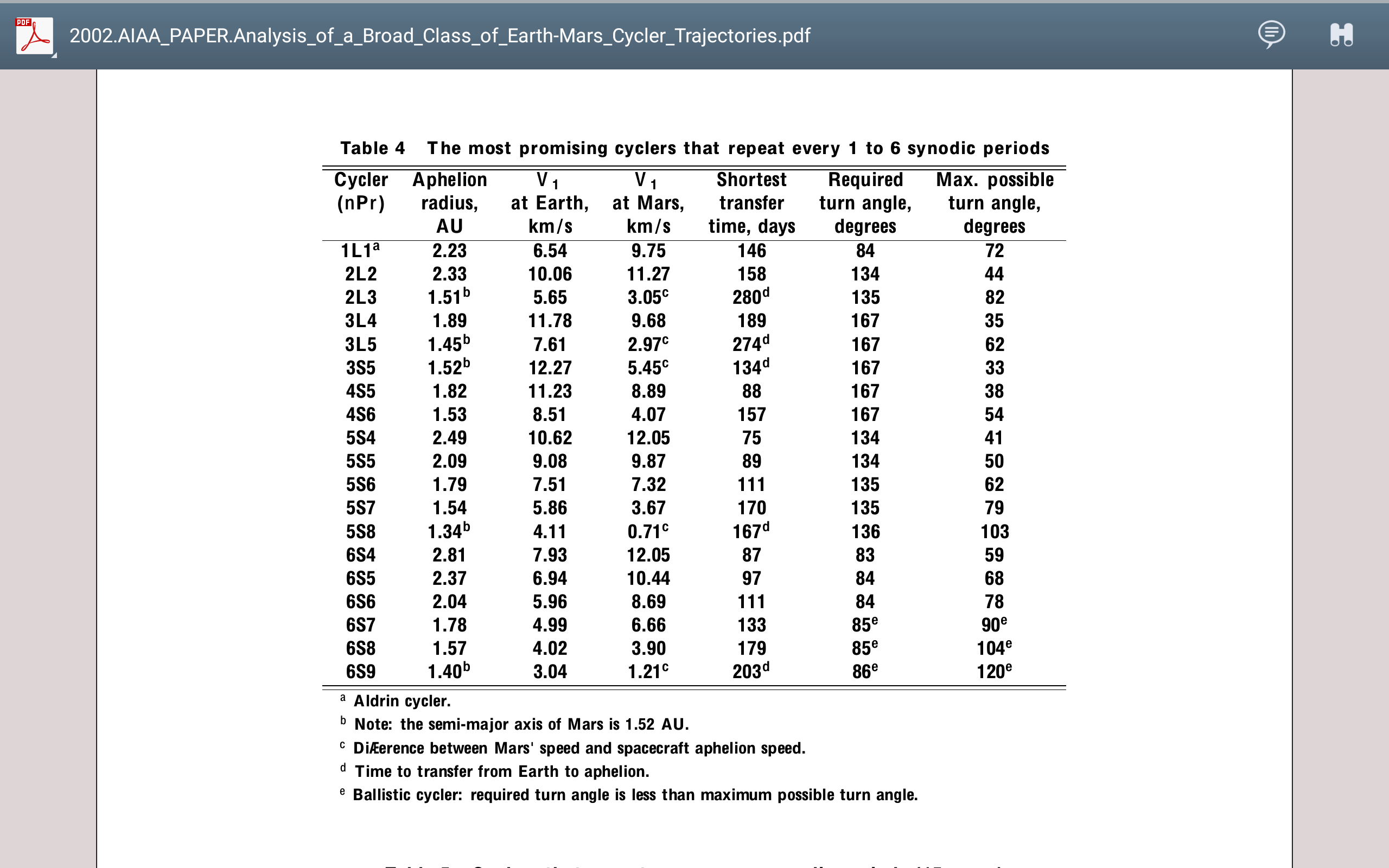 The paper from which this table is taken is only 10 pages long, and most of it is spent discussing the various types of orbit available, with surprisingly little attention paid to orbital corrections, other than the one listed below. The link to the paper is reference 1 at the bottom of the Mars Cycler Wikipedia article.

It seems from the last two columns in the above table that $\Delta v $, supplied by rocket power, would be required to "complete the turn" around Earth in more than 70% of the cycles.

It's not a free lunch, but it seems very efficient.

Mars has a synodic period of 2.135 relative to Earth.

One feature of this approach is that the cycler system cannot make use of Hohmann Transfer orbits (shown below). 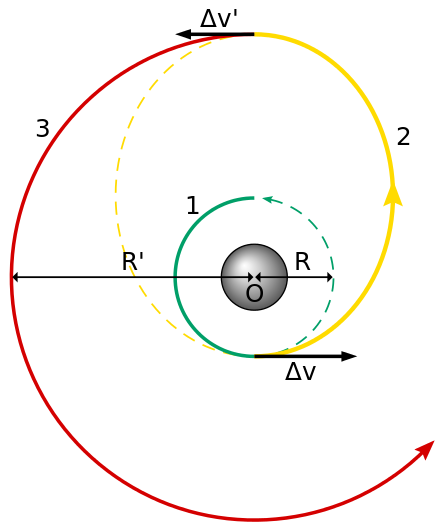 Finally, to address Jon Custer's valid point about having to take into account various gravitational sources, I think, from reading Aldrin's science fiction stories (which feature this idea extensively) and his biography, his idea was to adjust each flyby to allow for these influences as much as possible.