Curved image in a miniscus

Reflected in a coffee cup meniscus one commonly observes a tiny image of a straight horizontal florescent lamp behind the observer quite altered. It becomes curved and changes direction with a U-turn midway somewhat like $ <,\, >\, $ shapes. 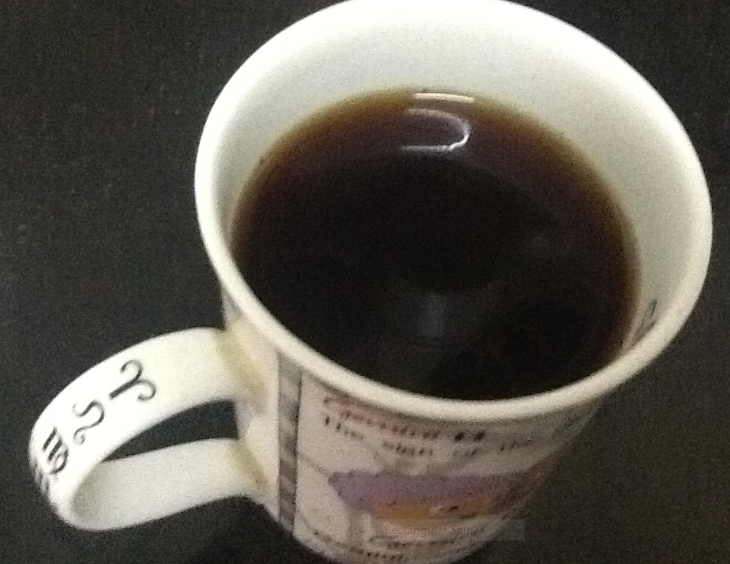 Why does it turn backwards? What happens at the turning point of the image?

Depending on the changed position of observer, the horizontal U profile can split into two disjunctive parts. Totally, there are three arcs/images of a single light source.

Hope you find it interesting.

I think that these are the patterns referred to in the question.
Quality is not great as I used water and not coffee and also lacked a third hand.

If one looks at near glancing incidence with the fluorescent light behind one then the pattern looks like image 1 below.

$AB$ is along the interface between the water and the cup and I think that it acts as the object to produce the reflected image $CD$.
$EF$ is produced by reflection from the water surface with the rim of the cup acting as the source.
Covering the rim lead to image $EF$ disappearing.

Moving the camera round as in the first sequence of images changes the viewing angle and some of the rays which before completed the oval never arrive at the camera.

By chance I noticed a slightly different effect when the camera was facing the fluorescent light. 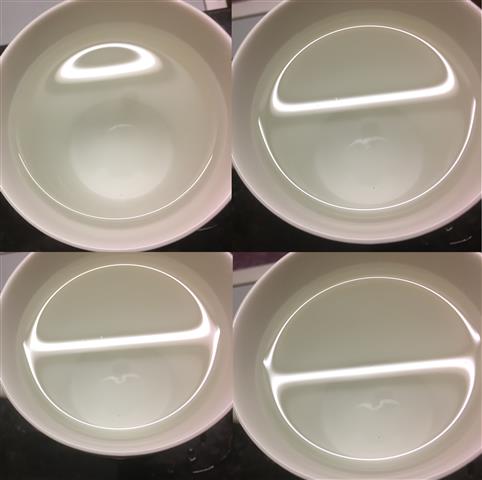 The image nearest the centre appears to be a reflection of the fluorescent light.

Without any proper ray optics analysis tools this is as far as I can go.

Not the answer you're looking for? Browse other questions tagged geometric-optics or ask your own question.