From what I've read and watched it looks like in the coaxial setup the rotors are stacked and turn in opposite directions so as to counter the torque in the main rotor and eliminate the need for the rotor in the tail. It looks like this: 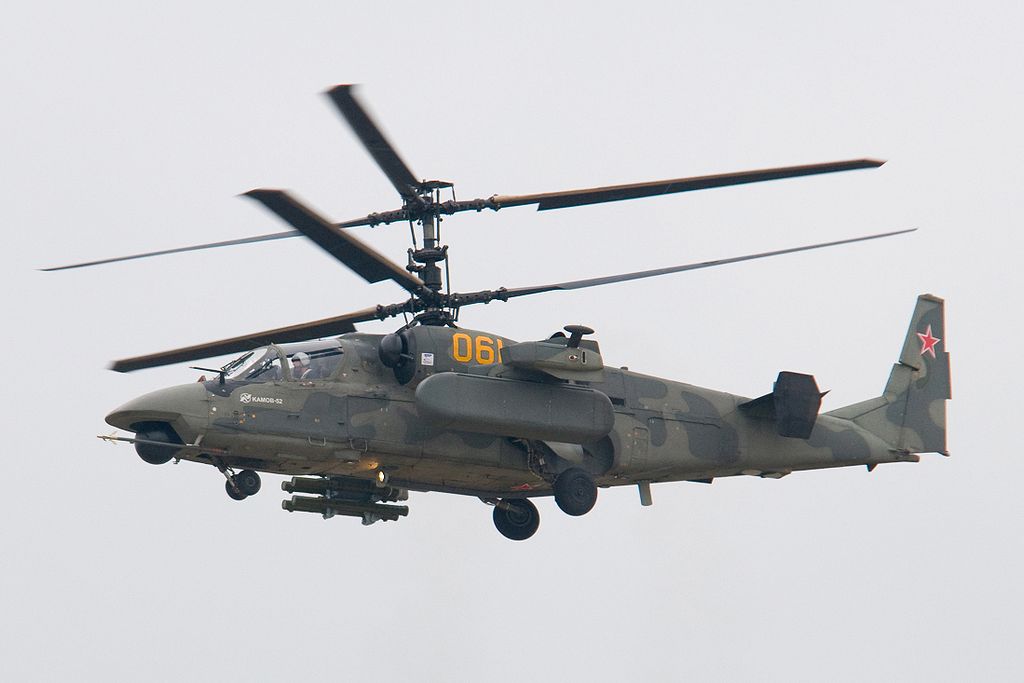 Now, I have problems understanding why would this setup be efficient in any way that is not torque related. For example: the first (upper) rotor speeds up the air that lies above the helicopter and pushes it down - this gives the helicopter upward thrust. The problem is that the air that hits the second rotor was already accelerated by the first one, so that it already has linear momentum down and doesn't provide any thrust any more. This reasoning makes it look like the second rotor is useless except for countering torque. Am I missing something or is the setup really a drawback?

Rather than the side view presented in your pictures, think of the method of operation of the blades in a complete cycle, from above the helicopter. For the lifting portion of the circle of rotation, the advancing half, the rotors are displaced by 180 degrees so that when say, the top rotor is pushing air down, the bottom blade is in the retreating phase. With the pitch set correctly, the vehicle will move horizontally, as well as vertically. Then, as the top blade rotates into the retreating phase, producing less lift, the bottom blade takes over the provision of lift. So, by being out of phase, lift and pitch and collective control, can be produced on a continuing basis.

Coaxial rotors obviously remove the need for a tail rotor. Rotational changes, aka yaw inputs are achieved by inducing oppositely directed pitches, with a slight difference in magnitude, between each rotor, thus achieving an overall torque change, allowing the vehicle to rotate in the desired direction. 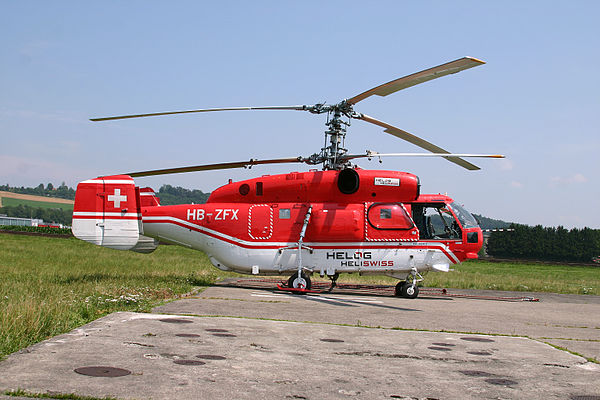 But the price paid in complexity, weight and reliability, especially on engines (always an issue even with conventional single main rotor helicopters ) and gearboxes, can far exceed the benefits. Just look at the gearing complexity in the picture above.

The point of all this complexity.

Today's military helicopter pilots are often required to fly as low as possible (ground hugging), amongst trees and power cables, both for visual cover and radar evasion. Achieving maximum manouerability by removing the potentially lethal tail rotor, (which also improves pilot performance by not having to constantly track precisely where the tail rotor is positioned), confers a real advantage in warfare. 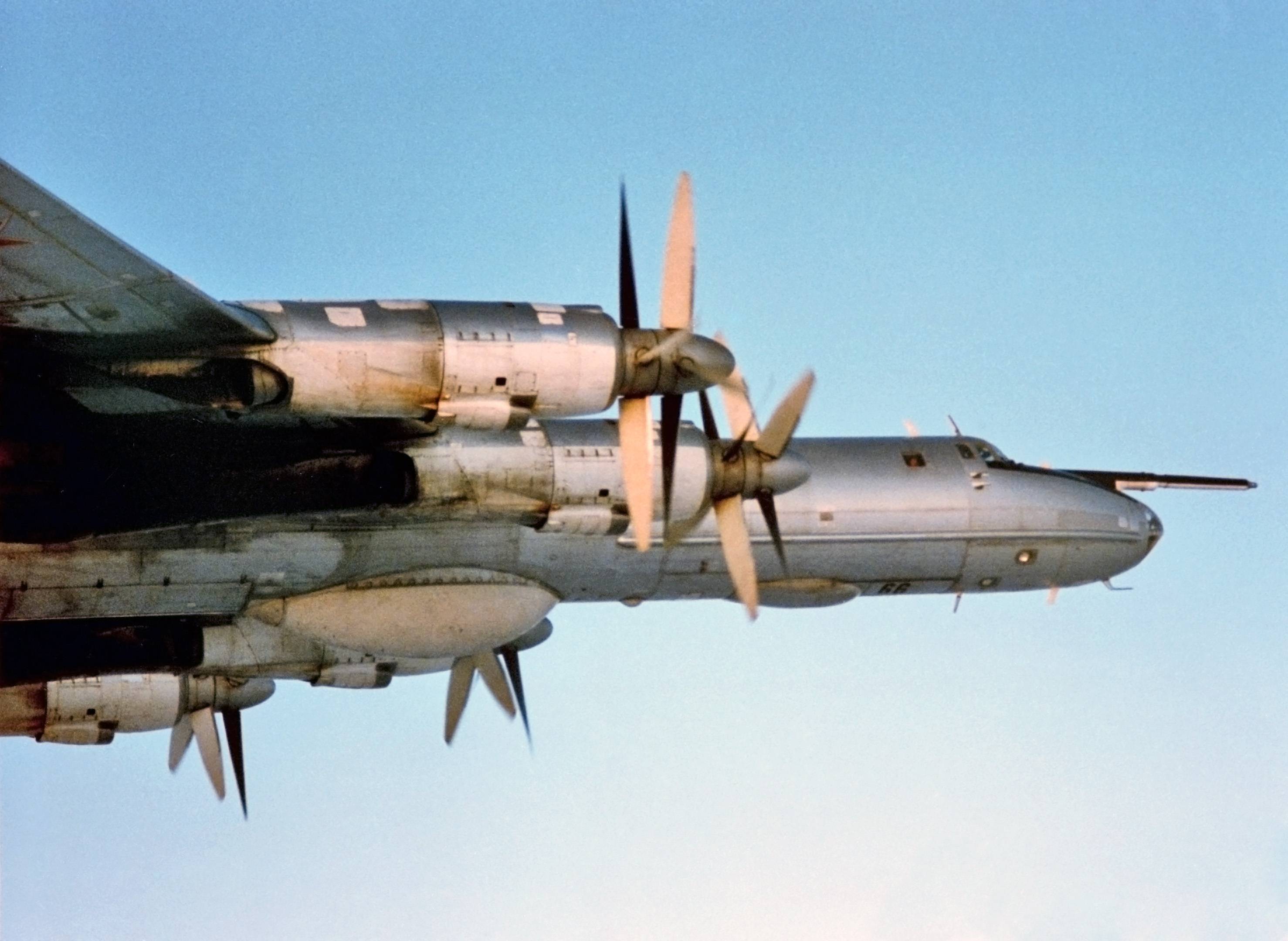 Tu-142 Bear with twin propellors on each turbine.

Indeed it is all about torque. This is probably the most fundamental problem with rotary wing aircraft (the other contender being the inherent constraints on forward velocity due to asymmetric forces supplied by the rotor wings when moving in the forward direction vs the retreating direction ).

Using an even number of counter-rotating rotors offers the potential for greatest efficiency, since all rotors are primarily generating lift (see the early German Focke-Wulf Fw 61, the modern Chinook, and the new-ish quadcopter drones as examples). But the problem with these designs is the mechanical complexity of transmitting power to this multitude of rotors (and also, to some degree, the effective size of the aircraft. And since the helicopter's main advantage is vertical takeoff and landing without the need for a runway, larger size means less utility).

And you're right, the coaxial design is inherently less efficient due to the adverse effect of the rotors' interaction with each other. However, even though the lower rotor is working in the "dirty air" of the upper, it can, and indeed must, provide an equilibrating torque to prevent the craft from spinning. And since the performance of a lifting body can be described in terms of a lift to drag ratio (L/D), and in the rotary wing case it's the drag that constitutes the torque, the lower rotor must be operating more efficiently relative to the upper. Meaning, providing better L/D given that it's in dirty air.

So there's a cost to this design. But there's also a cost to using the traditional tail rotor design, where all of the power supplied to the tail rotor is "wasted" in terms of lift, and acts only to counter torque of the lift rotor.

Which is better? I think the market has chosen: the Sikorsky tail rotor design wins

As well as downward velocity the upper rotor imparts some rotation - this means the lower rotor will "hit the air faster". But the net result is less rotation of the air below the second rotor which in principle allows for greater efficiency.

As has been pointed out, the weight and complexity of the gearing mechanism needed to provide the coaxial counter rotation is considerable - with greater potential for reliability issues. On the other hand, counter rotation is used in some aircraft (jet engine) turbines to create greater efficiency. But for military helicopters that is not the primary concern.

Not the answer you're looking for? Browse other questions tagged newtonian-mechanics angular-momentum rotational-dynamics conservation-laws everyday-life or ask your own question.

5
Conservation of angular momentum in helicopter
0
Question about torque reaction of a helicopter
47
Why don't helicopters use reaction wheels to counter the main rotor?
0
Roller-spring system (Generalized mass)
1
Coaxial rotors and thrust
1
Why do two bodies affect each other with the same but opposite torque?
2
Why is a rotor not opaque?