Why is glow visible around bright light sources in darkness?

I've noticed that when I walk in the street at night, traffic lights, street lights and some other bright sources of light have a "glow" around them.

I first thought it was due to some fog in the air, but when I put a small obstacle between my eyes and the light source (but not occluding the glow area), the whole glow disappears. So I understand that this is not the light from the air, but instead an effect of the eye.

Is it because of scattering of light inside the eye — e.g. in lens or vitreous body? Or is it something else?

For a better understanding what I'm trying to describe, here's how this effect looks when rendered in a video game: 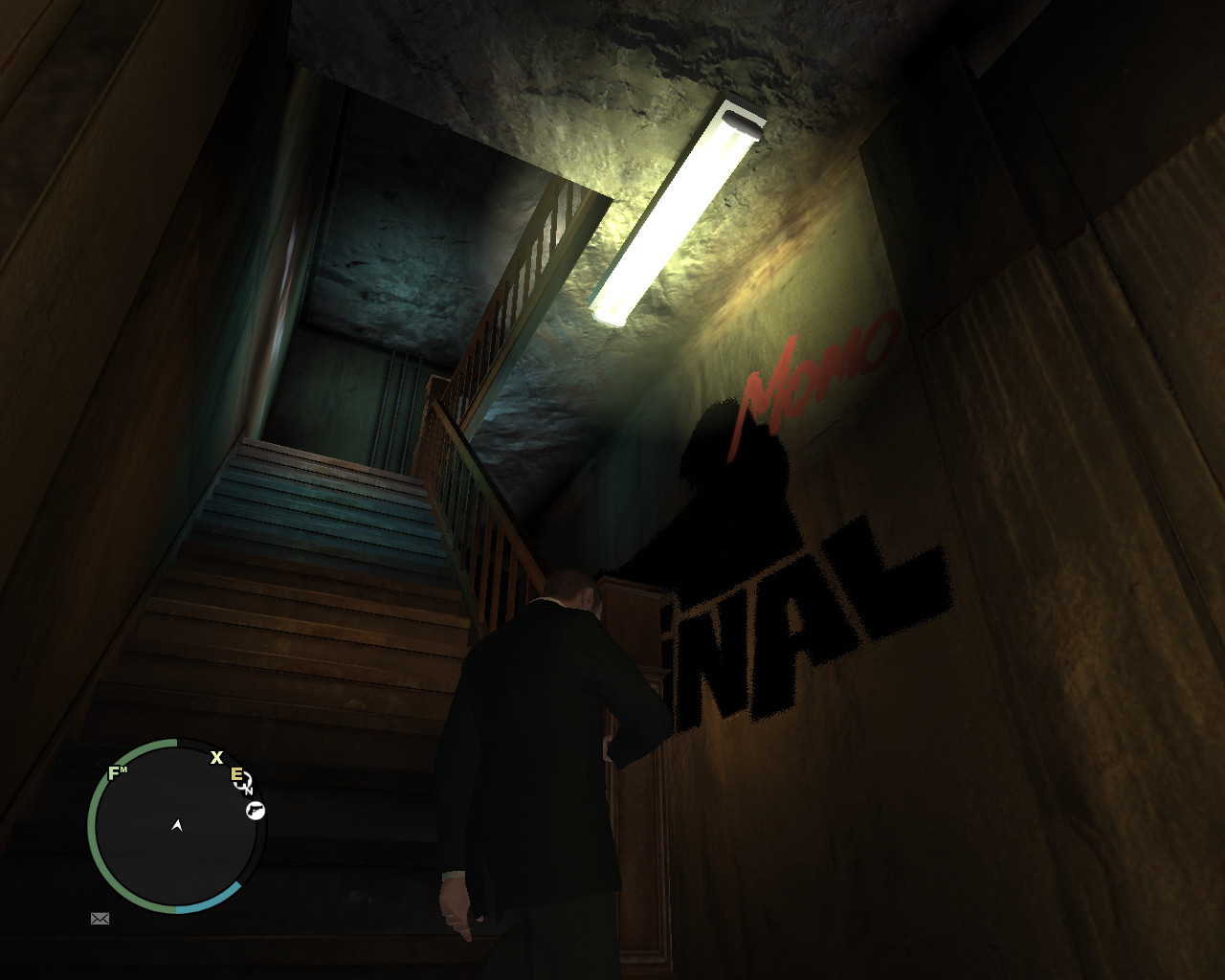 As you have worked out, what you are seeing is an artifact of your eye: there can be similar effects from fog &c, but these effects would not be eliminated by masking the bright source, and would indeed become more visible as your eye would no longer need to deal with the bright source, for the same reason that people mask the disk of the Sun to see the corona.

The generic name for these effects is probably 'flare', and it is more commonly discussed with respect to cameras than eyes (hence mention of 'optical system' below) but there are a lot of variations with different mechanisms:

Flare and veiling glare can be reduced by careful design (this is why the insides of camera lenses are matte black, for instance, and why lenses have fancy coatings), bloom is harder to deal with.

Flare and veiling glare are often caused by light sources outside the image area: light gets into the optical system at some angle greater than the image, and then bounces around resulting in flare or veiling glare.

Flare is a very characteristic effect, and is often associated with older lenses, and intentionally introduced to give a particular look: the 2009 Star Trek film is a famous example.

See below for a second cause of a bloom-like effect.

It is important to understand (but, I think, not often realised in the camera-lens-appreciation field) that these effects are always present: lenses are essentially linear things, so if a lens (eye) suffers from, say, flare, it always has it: the ghost images are always present.

What stops them being visible is that they are far less bright than the real image, so they are typically simply not visible as they are outside, or nearly outside, the dynamic range of the sensor (your retina here).

The case when they become visible is when there is a very large range of brightness either in the image or, in the case of the first two, near enough the image area that light gets into the system.

Significantly, only the second case applies to bloom: for bloom to be visible there needs to be an enormous dynamic range in the image, or very close outside it, because bloom is a 'short range' effect on the image: it always surrounds its source. Bloom is often used in movies involving aliens for some reason (perhaps only in my mind).

In your case, I think that what you are seeing is bloom: diffraction effects from very bright sources which your eye is allowing to become burnt out in order to be able to see the rest of the scene. If you mask the source, the bloom goes away, as you have seen. As I said above, the eye always has bloom (and the other effects): you just don't see it normally as it's outside the dynamic range of your retina. Additionally, in the case of eyes, I suspect there may be a lot of active correction going on: I don't think our optical system is as good as it seems (single-element lens, for instance).

I apologise that this answer is written mostly as if eyes and camera lenses were the same: my interest is mostly in camera lens design and I have not corrected heavily enough. I believe the optical considerations are the same, however.

An alternative bloom-like artifact: halation. Sensors don't absorb all of the light incident on them (or even most of it). The spare light can end up reflecting or scattering within (usually at the back of) the sensor, and then being detected. This is called 'halation' because it causes a 'halo' around bright objects, in a way similar to bloom. Unlike bloom, halation can be largely dealt with by good design (or evolution): films for instance have 'anti-halation' coatings on their back side which try to reduce reflection and absorb light. These coatings are sometimes exciting colours (bright purple for Kodak B/W stock), and wash off during processing causing alarm to people doing it for the first time.

A note on eyes and bright sources. I said above that it was usually better to configure the system so that small bright sources were allowed to be burnt-out: completely above the dynamic range of the system. That's fine so long as they are not too bright: if they are too bright they can physically damage the sensor. For film this is not a problem unless you end up setting it on fire; for digital sensors it destroys the camera; for your eyes it permanently damages your retinas. Retina damage is undesirable, so generally the system will try to avoid this by dramatically reducing the sensitivity (by closing your iris and ultimately by closing your eyes completely) when there are very bright sources in the image area, even when it means not being able to see. This is, of course, a problem when what you don't see is the hideous monster lurking in the shadows: that is why they lurk there, of course.

I think it just air molecules or particles around the light. It is visible near the light bulb because intensity of light is more at that place. You can take the simple example of torch by lightning it in a dark night

13
Why do diffractions spikes from small aperture not have fringes?

173
Why do shadows from the sun join each other when near enough?
6
Why slightly closing your eyes let you see the rainbow colors?
71
Why do beams of light (from torches or other directed sources) not extend to infinity?
2
Blue lights turning violet when reflected or scattered, how is that possible?
23
Why do I see three 'beams' when I look to a distant light source at dark?
0
Why does certain clear plastic have an inner glow?
0
Are radiance and luminance really independent of distance to observer?
1
Can anyone explain this peculiar optical phenomina?