Are we closer to an accurate 3D image of our galaxy using the Gaia billion star data set?

From the BBC: Report on Gaia Mission Data 14th September 2016

Astronomers working on the Gaia space telescope have released a first tranche of data recording the position and brightness of over a billion stars. And for some two million of these objects, their distance and sideways motion across the heavens has also been accurately plotted. Gaia's mapping effort is already unprecedented in scale, but it still has several years to run. 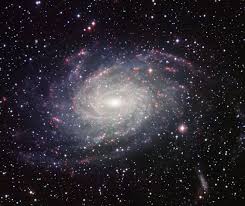 Up to now, and until Gaia's results are fully analysed I guess, we have had to assume that the Milky Way was like other similar mass and group galaxies such as the one illustrated above.

From Martin's answer below Esa Report on Gaia mission

GAIA repeatedly measuring the positions and multi-colour brightnesses of all objects down to V = 20th magnitude (400 000 times fainter than the human eye can see). On-board object detection will ensure that variable stars, supernovae, transient sources, micro-lensed events and minor planets (including those that cross the orbit of the Earth) will all be detected and catalogued to this faint limit. Final accuracies of 10 microarcsec at 15 mag, comparable to the diameter of a human hair at a distance of 1000 km, will provide distances accurate to 10 percent as far as the Galactic Centre, 30 000 light-years away. Stellar motions will be measured even in the Andromeda galaxy more than 2.5 million light-years away, and tens of thousands of extra-solar planets will be discovered. 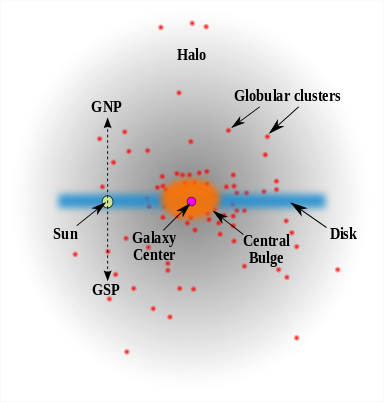 Schematic profile of the Milky Way

My specific questions, to limit an otherwise broad list are, will we know more about:

Any other points that are deemed important would be appreciated. I do realise that it will take years for a full analysis of all the data, and Gaia's results may raise more questions than answers.

Gaia will give accurate parallax position with 1% accuracy for the nearest 100Million or so stars and 10% range estimates to the galactic center.

I'll provide a limited answer to a very broad set of questions.

Yes Gaia will tell us much about dark matter and its distribution. The improved census and more importantly, the distances and dynamics of stars inferred from their proper motions, will allow a much more detailed mapping of the gravitational potential of the local Milky Way.

In addition, Gaia parallaxes will be used to calibrate other Galactic distance indicators and stellar evolution models. Then one will have better estimates of distances right across the Galaxy to various kinematic probes, from Cepheids to RR Lyraes to globular clusters and planetary nebulae in the Milky Way and its satellites. From these, the "global" mass and gravitational potential of the Milky Way can be studied with more precision.

In terms of near the solar system - Gaia will not discover many new objects; its limiting magnitude is not very faint. However it will vastly improve knowledge of the orbits of many asteroids, including possible hazardous ones, and it will measure masses for many asteroids. e.g. Bancelin (2016, https://arxiv.org/abs/1608.08032).

Gaia will be very complete in terms of a census of nearby stars out to a limiting distance that depends on their spectral type. At the moment, the low mass end of the present day mass function is poorly known because of small sample numbers in the volume (only out to a few parsecs) out to which completeness can be assumed for very liw mass stars. For example, an M5 dwarf might have an absolute magnitude of 15. Gaia will be complete for such objects out to around 100 pc and in this volume there should be I guesstimate some 100,000 such objects. Gaia is unsuited though to discovering new cool brown dwarfs or free floating planets, because of its magnitude limit and lack of IR sensitivity.

11
Andromeda/Milky Way collision: How, and how accurately, can a galaxy's lateral velocity be measured?
8
How did we find out the shape of our own galaxy without going out of it?
1
Spectroscopy and the current state of our ability to determine the composition of extra-solar planets
10
Do we know what event caused the Sun and Solar System to form?
2
Are there reliable sources regarding the motion of the Solar System through the Milky Way?
4
Could there be any alternative to a supermassive black hole that might explain Sgr A*?
1
How accurately can the distance of a star be measured?
0
Why is the Andromeda galaxy coming closer to Milky way?
0
Would time dilation make it impossible to accurately convert between calendars across the galaxy?