Can a series of blimps be aligned to evenly distribute the weight of an electric track 95% not load bearing for a winged rocket like a cruise missile to to be carried by a guide and E-fan up to the end. The faster the rocket travel off the ground platform the more lift the rocket wings provides. One optimal lift is provided the E-fan take over for the rest of the low atmosphere. Near the end the booster ignitions begins and with successful ignition then the rocket detaches. The blimps would only be used to evenly divide the weight of the electric light weight track, but could be a life saving way out in the event of catastrophic failed launch. The massive blimps would not be used for travel and have 10 times or more surface area. This would allow the pay load to travel up the rail and the resistance of air from the space blimps would act as cushioned steps. The blimps would loose little altitude and return to it original position after separation. The lift of the helium isn't supporting the rocket through most of the rail. An electric turbine engine could be used to decrease the strain of the guide and brake away before launch. The e-fan could easily be recovered if it doesn't separate from the rail. Longest chain of party balloons is 20 km. So what would it reach if it was up scaled?

Raising your altitude of your launch site will give you an increase in performance, both by increasing your engine efficiency, and reducing your drag. These numbers would be drastic for a launch site of 200,000 feet and would represent a measurable change in performance. Associated Question: https://engineering.stackexchange.com/questions/11390/electric-turbine-engine 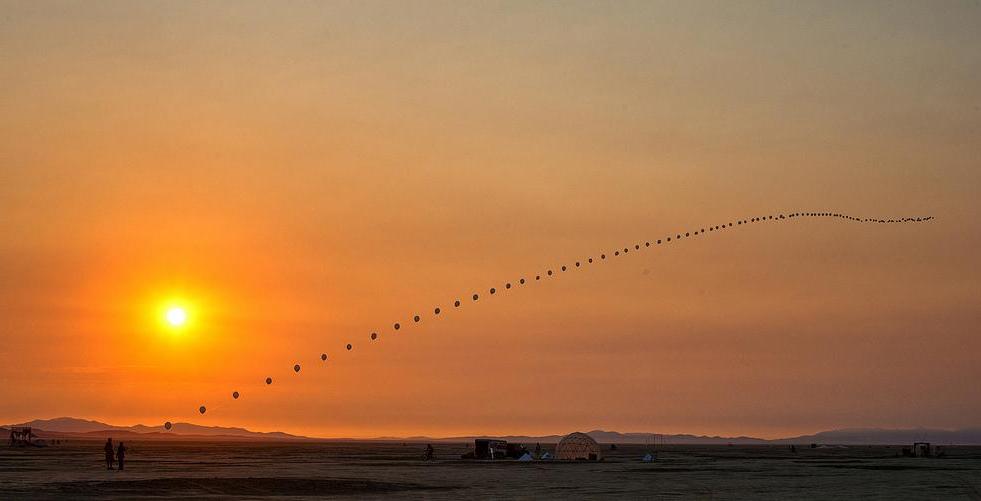 I'm presuming your question isn't whether this could be done at all, but whether such a solution would be "better" in some sense than existing launch methods. Given the expense of the balloons, I can't see how this would reduce the cost of launches.

let's look at just one specific aspect: How much would just the gas cost if we were to try this with helium?

How much can helium lift? At sea level, one liter of helium can lift around 1 gram of payload. U.S. railroad rails would not be stiff enough to avoid buckling under much load, so I'll use that as a conservative mass. They would be about $130\text{kg/m}$. At a 45 degree angle, lets try to get it to an altitude of $20\text{km}$. That would need $28\text{km}$ of track.

So before buying the track, the balloons, the electronics, the engineering, anything else, you need 9 million dollars worth of helium. That's also a conservative figure using the lifting capacity at sea level. It gets worse as you go up. And at the end, you still need fuel and a rocket to reach orbit, so you don't get to offset this cost much by making a cheaper launch vehicle.

Not the answer you're looking for? Browse other questions tagged newtonian-mechanics aerodynamics rocket-science molecular-dynamics propulsion or ask your own question.

8
Orbital mechanics and rocketry: Is it ever a good idea to intentionally lower periapsis?
0
Maneuvering a space shuttle using propulsion systems?
0
Could an electric centrifugal fan in space be used to propel a substance to create force?
0
For a particle experiencing a diagonal force in an electric field, why can't you separate the force into vertical and horizontal components?