NASA is developing the first ever mission to identify, capture and relocate an asteroid to a stable orbit around the moon, and send astronauts to return samples of it to Earth. This Asteroid Redirect Mission (ARM) will greatly advance NASA’s human path to Mars, testing the capabilities needed for future crewed missions to the Red Planet.

NASA has identified multiple candidate asteroids and continues the search for one that could be redirected to near the moon in the 2020s. Since the announcement of the Asteroid Initiative in 2013, NASA’s Near-Earth Object Observation Program has catalogued more than 1,000 new near-Earth asteroids discovered by various search teams. Of those identified so far, four could be good candidates for ARM. Scientists anticipate many more will be discovered over the next few years, and NASA will study their velocity, orbit, size and spin (my emphasis) before deciding on the target asteroid for the ARM mission.

Below is a picture/movie of comet 67P/Churyumov–Gerasimenko, which was recently visited by the Rosetta Mission

I appreciate that this is a comet, not an asteroid, and that the movie above may not be a true reflection of its angular velocity. I also realise that asteroids do not outgas, thereby causing rotation.

My point is, that in order to do what their mission statement says above , (as of June 2014, it now may be some other mission, depending on budgets and politics), NASA will still need to carry either a lot of fuel, some large solar panels or an RTG in order to power an engine in order to stop the rotation and then fit a rocket to the asteroid (or even a piece of it) to move it to its ultimate destination.

It seems unlikely to me that any asteroid visited, even a slowly rotating one, would not have some significant amount of angular momentum and this will cause the problems outlined in the above paragraph.

Does angular momentum turn an "iffy" mission into an impossible one?

How do we detect (using optical telescopes) a slowly turning, small asteroid from the others, if it's albedo is consistent over its surface?

Are radar signals from earth, returning from such a small body, capable of the resolution needed to determine it's spin?

To be more specific, can an earth based radar tell us, by doppler shift, if a small body is spinning around an axis?

I would am less interested regarding the engineering/ rocket science side and much more about the physics behind how NASA selected their 4 out of a thousand asteroids, especially as they are probably small bodies, precisely because of the angular momentum issue.

To your first question: to my understanding the transport part of the NASA Asteroid Mission will not require any physical contact between the spacecraft transporting it and the asteroid itself. Sounds impossible; but seems to be actually possible: From what I read here Gravity tractor and here www.nasa.gov/feature/nasas-asteroid-redirect-mission-completes-robotic-design-milestone the small gravitational force between the space craft and the asteroid can be used to redirect it. For that it does not seem to matter if the asteroid is rotating or not: "Whereas other methods of deflection would require the determination of the asteroid's exact center of mass, and considerable effort might be necessary to halt its spin or rotation, by using the tractor method these considerations are irrelevant." The space craft will fly close to the asteroid with constant thrust. I am no expert on the pros and cons but it seems that NASA is confident that this technique can work. 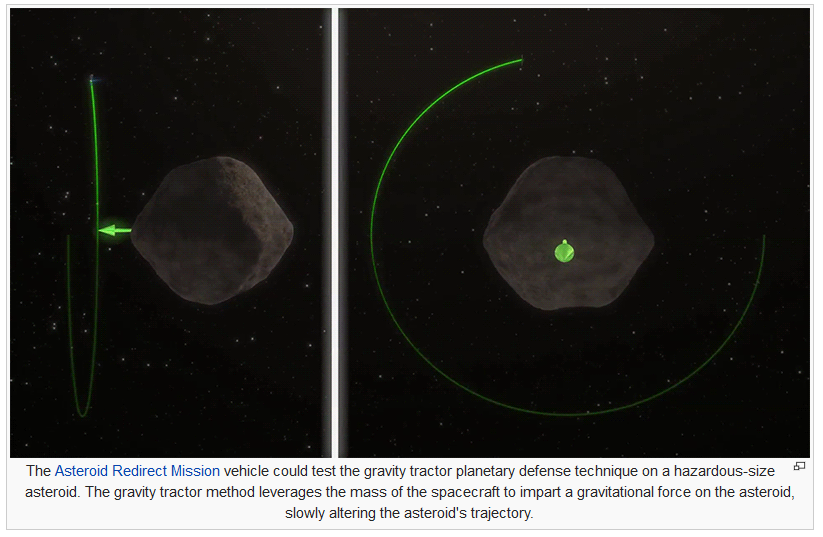 To your third and fourth question: The radar telescopes seem to work excelently on those asteroids. 2008 EV5 is for now their reference asteroid. On this page http://echo.jpl.nasa.gov/asteroids/2008EV5/2008ev5.html are some very impressive radar "images" with pretty high resolution. They seem to be able to study those asteroids and their rotation pretty well using radar. 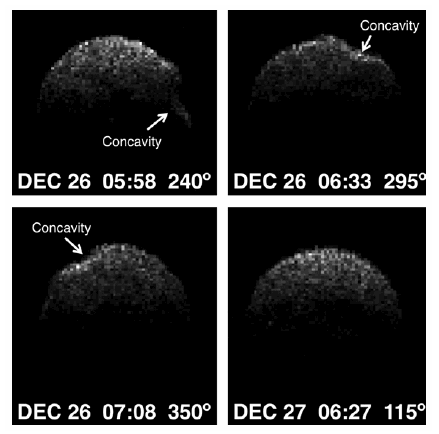 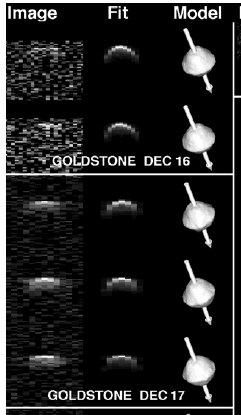 7
Is the Apophis asteroid a concern?
4
How bright will an asteroid be?
2
How early might a moon-sized asteroid be detected?
5
Can an asteroid have a magnetic field?
3
Why was the asteroid 101955 Bennu chosen by the NASA OSIRIS-REx sample return mission?
2
Asteroid as a "free slingshot?"
6
Asteroid orientation possible?