Have there been any physics experiments or searches to try to disprove the hypothesised existence of dark matter?

Have there been any experiments or searches in which scientists have sought to disprove the hypothesis of the existence of dark matter? If so, what were the results?

For example, a non-gravitational force might be the cause of the observed effects.

There are ideas such as MOND WIKIPEDIA, Modified Newtonian Dynamics, which suggest that we assume gravity is not subject to a inverse square law.

MOND has successfully predicted a variety of galactic phenomena that are difficult to understand from a dark matter perspective However, MOND and its generalisations do not adequately account for observed properties of galaxy clusters, and no satisfactory cosmological model has been constructed from the theory.

As far as I know, the only alternative to dark matter other than Mond, is the suggestion that there may be a lot more black holes around than we thought. 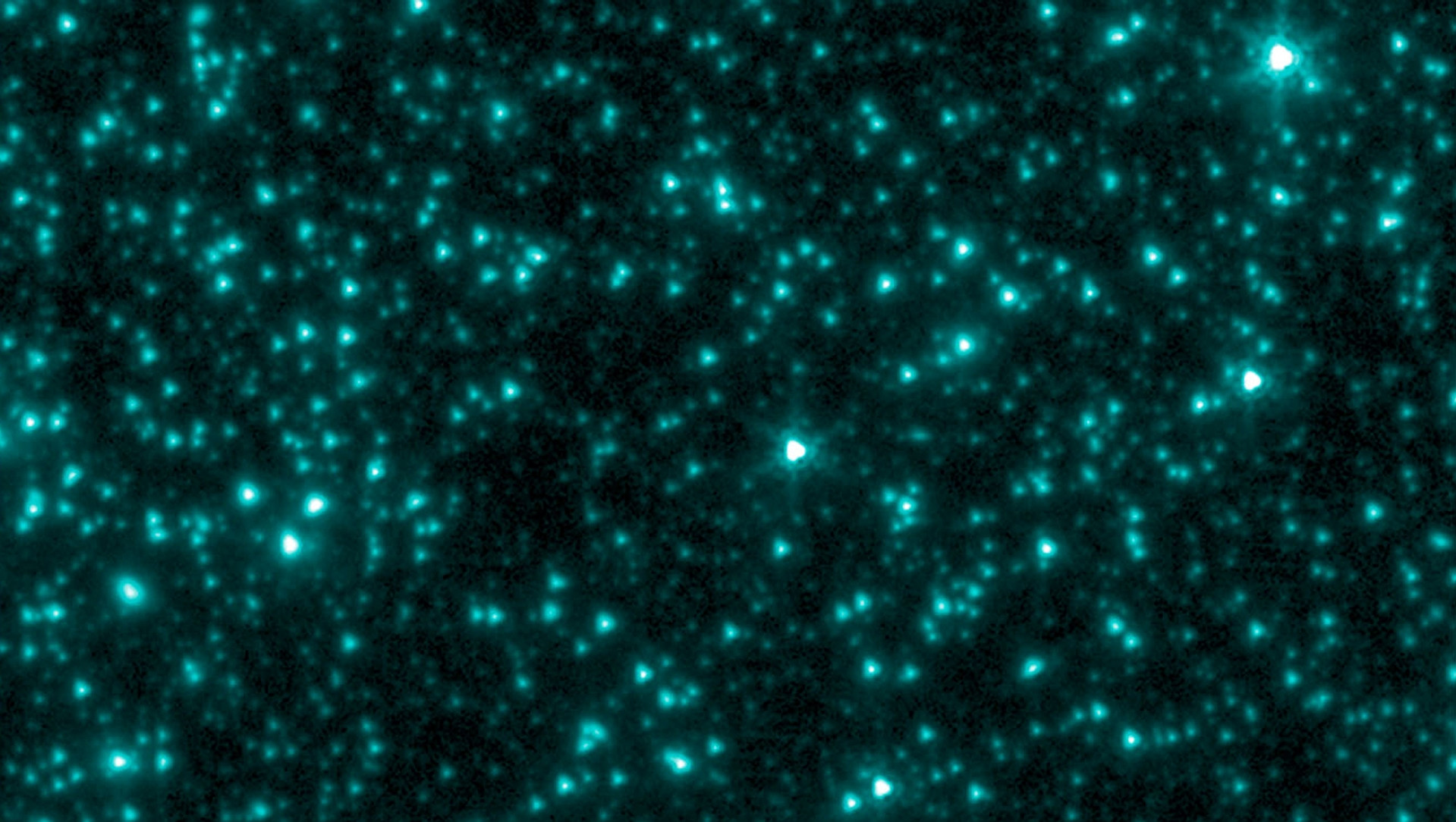 This image from NASA's Spitzer Space Telescope shows an infrared view of a sky area in the constellation Ursa Major. 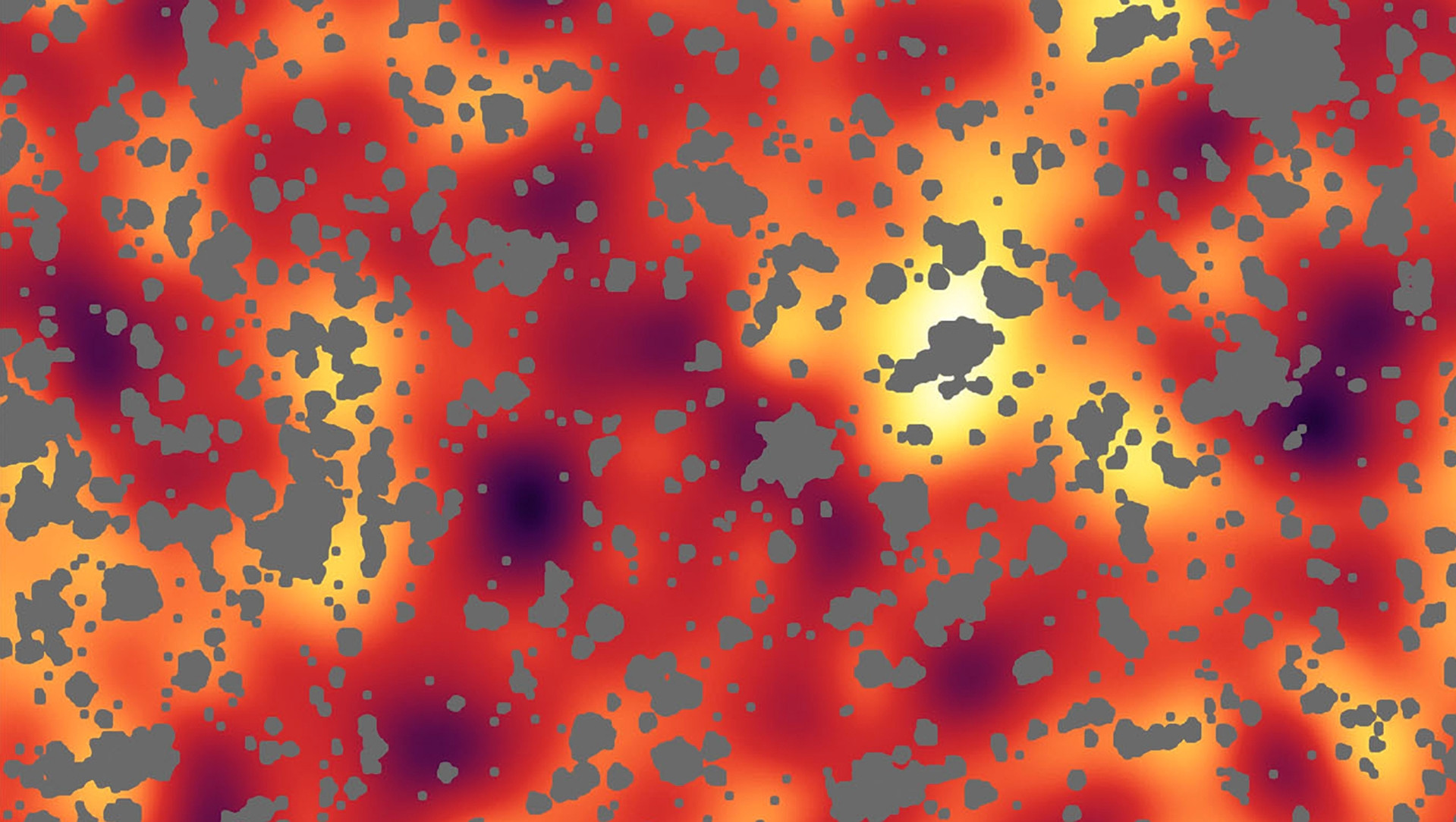 After masking out all known stars, galaxies and artifacts and enhancing what's left, an irregular background glow appears. This is the cosmic infrared background (CIB); lighter colors indicate brighter areas. The CIB glow is more irregular than can be explained by distant unresolved galaxies, and this excess structure is thought to be light emitted when the universe was less than a billion years old. Scientists say it likely originated from the first luminous objects to form in the universe, which includes both the first stars and black holes.

Dark matter is a mysterious substance composing most of the material universe, now widely thought to be some form of massive exotic particle. An intriguing alternative view is that dark matter is made of black holes formed during the first second of our universe's existence, known as primordial black holes. Now a scientist at NASA’s Goddard Space Flight Center in Greenbelt, Maryland, suggests that this interpretation aligns with our knowledge of cosmic infrared and X-ray background glows and may explain the unexpectedly high masses of merging black holes detected last year.

For example, a non-gravitational force might be the cause of the observed effects.

So far, whether you involve dark matter, black holes or Mond, gravity is included in all our theories. It would take a new force, which mimics gravity so closely, it might as well be gravity, to explain the phenomenona we do observe.

Probably, but what is certain is that the scientific method was used. It was quite a few years ago (by Zwicky) that it was determined that the mass of galaxies (stars, gases,etc) could not be enough to hold the stars in the galaxies unless there was some extra mass. The more they measured the more it came through that there was missing mass, and it depended theoretically on simply the centrifugal force that would disperse it all if there was not more mass. It was not a minor factor either, but factors like 5 to 1 of missing vs seen mass. The gas and other normal matter could be accounted by luminosity and radiation and absorption from the interstellar gas, and other measurements.

The missing mass was ignored for quite a few years. You can read the history yourself. I don't know for a fact but usually on things like that people propose and try all kinds of theories. Based on a hypothesis that it is matter that interacts little except through gravity, there were plenty more observations which mapped the st imaged amount of dark matter in different galaxies and areas. They saw two galaxies go past each other, with some interactions due to the gases around, but the dark matter was little disturbed, showing in another way that it interacted little except through gravity. There were other observations - astronomers like to do those- consistent with the theory.

They are still looking for what it might be, generally believed to be weakly interacting remnant particles from the Big Bang, but no confirmation yet. Some papers and observations are looking for what it might be. The case for it being black holes is weak, but there has been an increased dinterest on the possibility of 20 to 100 solar mass black holes that are merged remnant of the Big Bang.

So, we don't know exactly what it is, and the community will keep looking.

If you mean could it be that in galactic scales gravity works differently? Too may reasons why that is not likely, though there's probably papers on that also.

If you think it's something else,many you have seen some papaers or observations published in reputable journals about it, let us know and ask something about it if you like. Meanwhile the answer to your question is that we don't know of anything more likely.

The problem is - that the dark matter has been defined in such a way to begin with, that proof of its existence is going to be very very hard. It has been defined as 1) cold, 2) non-interactive by contact, 3) transparent.

Cold - It does not absorb any electromagnetic radiation, so does not get heated.

Transparent - It does not absorb or reflect any electromagnetic radiation, so it can not be seen.

Non-interactive by contact - Only way it interacts is via gravity. it passes right through normal matter and through dark matter without any interaction.

Now the properties we use to detect anything, are already excluded in the definition itself. So, good luck in finding it.

The properties with which it is defined, are similar to that of empty space more than anything else known.

48
Are modified theories of gravity credible?