Loop in a non-uniform magnetic field with downward force

Imagine a circular wire loop of radius R carrying current I, suspended above a current carrying solenoid in the non-uniform magnetic field of the solenoid. Here, $\vec{B}$ has a radial component as the magnetic field, to a good approximation, radiates spherically. 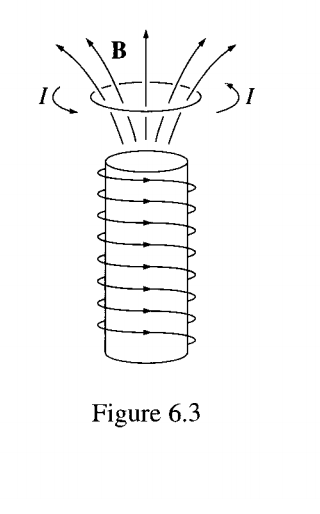 It is claimed there is a downward force on the loop.

Why is this so? What is happening?

The radial (radiating as if it were coming from a point in the center) B field component is not uniform (it's strong in the center, and points in various directions). That part of the B field puts a net force on the current-carrying ring.

Not the answer you're looking for? Browse other questions tagged electromagnetism forces magnetic-fields or ask your own question.