Equivalent resistance of a balanced Wheatstone Bridge is pretty simple: if the corresponding ratios are equal the just cancel the wire connecting the centre of two wires. But what if they are not equal? What if the cental wire remains in its position? What will be it's equivalent resistance then? I have tried to use the star delta transformation but it is becoming very complex. Can any one of you give a brief formula for calculating the resistance of unbalanced Wheatstone bridge, and of course show it from where it comes? [ 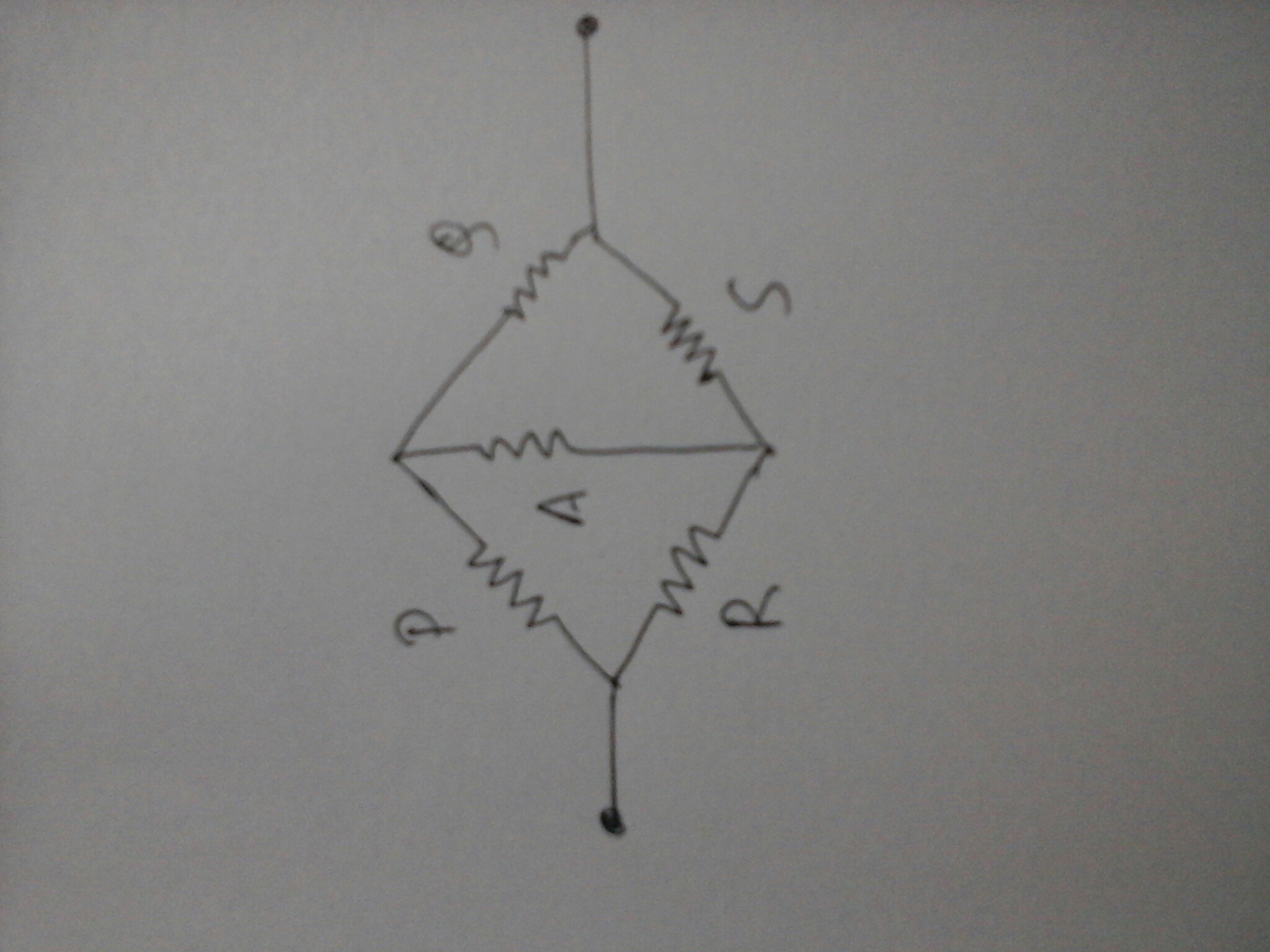 Sad as it is, there exists no brief formula for the equivalent resistance of that network. I'll give you some hints, but not the complete derivation because that's your duty.

You can obtain the equivalent resistance in two ways:

The analysis of that network with the EET is carried out in full in [2]. To show you that there's no brief solution I'll report the final result derived in [2], adapted to your (awful) notation ($\mathbin{||}$ denotes the parallel between two resistances). You can't get briefer than this:

You can try to derive the result with a $\Delta$-$Y$ transformation, and check your result against the above formula for correctness.

Not the answer you're looking for? Browse other questions tagged homework-and-exercises electric-circuits electric-current electrical-resistance electrical-engineering or ask your own question.

10
Resistor circuit that isn't parallel or series
10
How do I deal with “crossing resistances”?
2
Methods for simplifying complex electric circuits efficiently and find the equivalent resistance between two points?