looking through a small hole [duplicate]

Please explain why objects can be seen more clearly when looked through a small hole. Is this because of the diffraction of light? Thanks in advance 😊.

No, it's not because of diffraction. Diffraction is only most observable if the source is monochromatic, and the size of the hole is comparable to the wavelength of light (approx. 400-750nm).
You might have blurred vision, or the object you are looking at may not be in your seeing range, maybe because you are near or far sighted. As a result, the image formed from the incoming light may not converge perfectly or accurately on your retina,
Looking through a small hole narrows the source of incoming light, and thus making the image formed on your retina seem more focused.
This has a similar analogy to cameras. If you want to capture a picture in which almost everything from near to far will be focused, you will have to narrow the camera aperture, but the drawback is that there is less incoming light so you have to lengthen the exposure time (which motion-blurs images of fast moving objects). On the other hand, if you want the picture to have an effect which focuses a specific object, and blurring out the rest, you have to widen the camera aperture, then adjust the focus to focus the object.

Below is a sketch of the image formed on the detector when incoming light is out of focus (1st setup), with aperture/hole (2nd setup), correct focus(3rd setup). 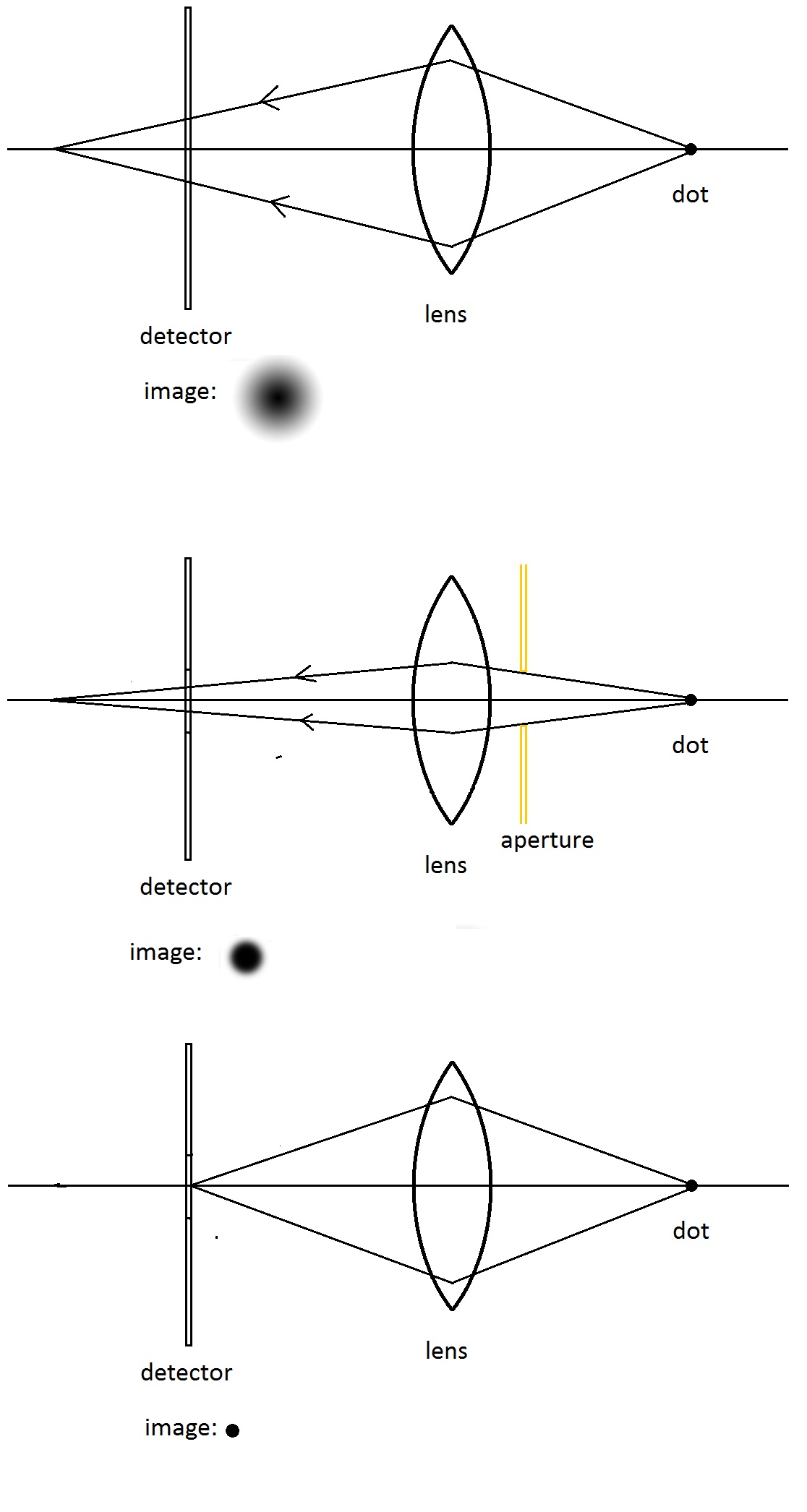 10
Pinhole camera: How “How to See Without Your Glasses” works?

4
Diffraction and waves
1
Huygen's principle and why can't we see atoms with light
0
Why does looking through an LCD panel make things blurry?
5
Strange interference pattern of light on top of tower, pattern was seen on air. What was it?
4
Did diffraction bend this light more than 90 degrees?
0
Why there is no reabsorption in LED crystals?
3
How Small a Slit can Light Pass through?
24
Why do images not appear inverted when looking directly through a pinhole camera?