Electrostatic Induction and Flow of Charges

I have a couple of questions which come under the above title. 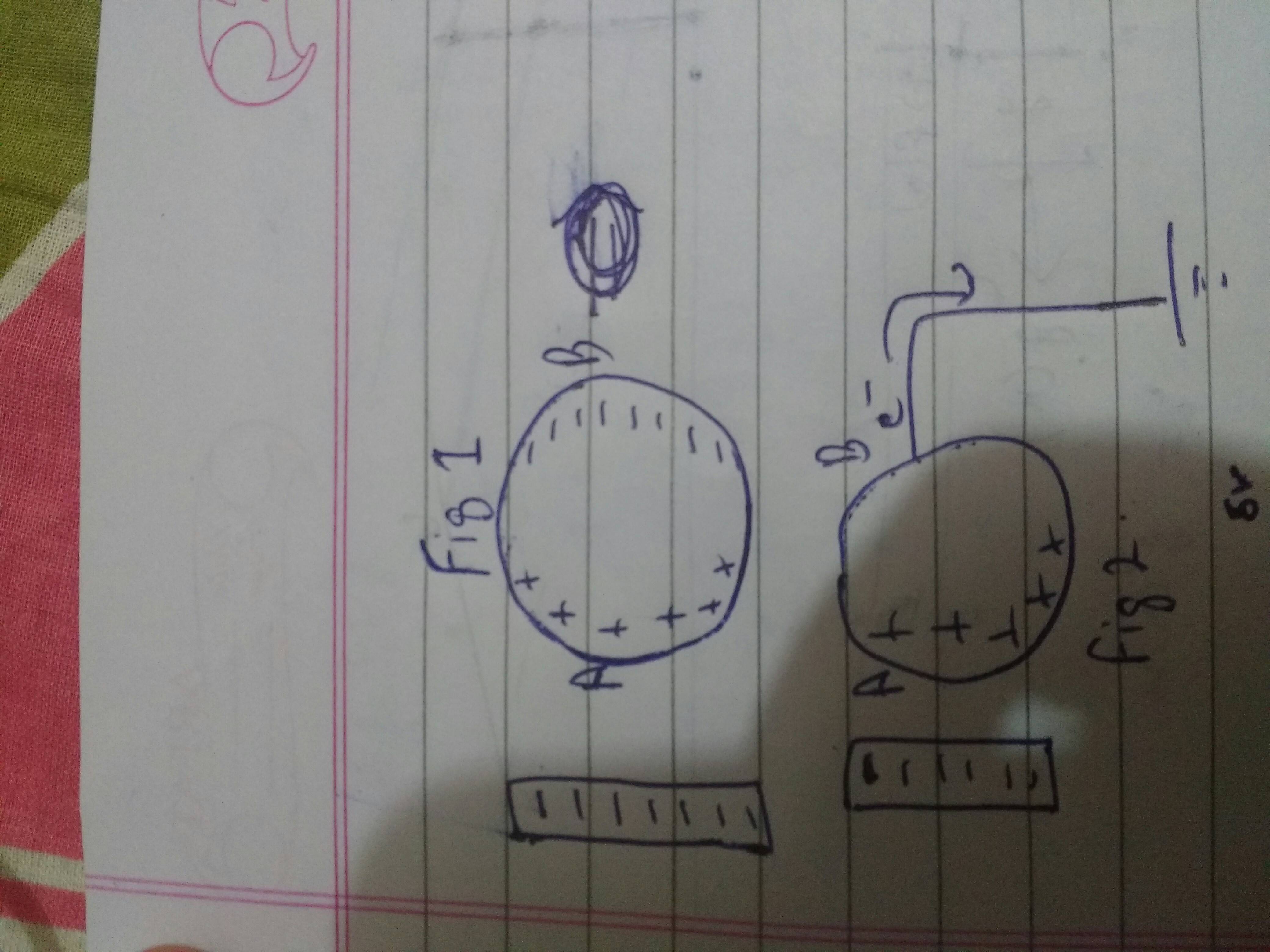 The end A would get positively charged and the end B will get negatively charged. Now if I ground the sphere (in that same position ) , the negative charge or electrons will flow down to the ground. Now what would be a correct explanation for the flowing of electrons ? I am asking this because some people say that the negative charges should be held in place by the positive charges. 2) Also what would happen if we connect the end A to the ground (Fig 3)? 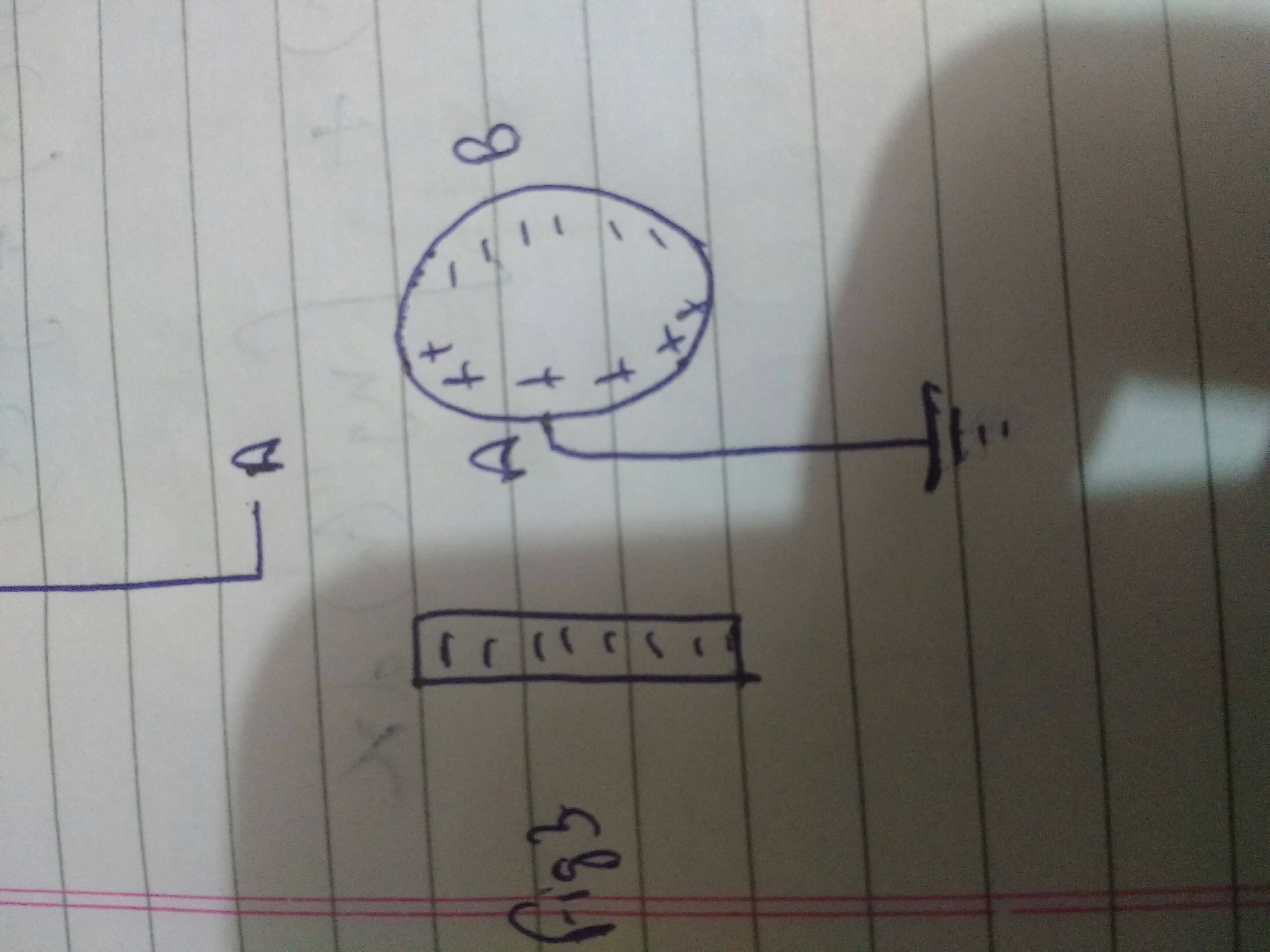 3) If I have a battery and I just connect the positive terminal to a wire (the circuit is incomplete). Will any charge develop on end (A) of the wire?

I am asking this because I read here on Stack Exchange that the end A will get charged but the charge would be very less due to the very small capacitance of the wire. How can we calculate the charge developed on A if we know the capacitance of the wire and the voltage of the battery 4) Finally we have a capacitor in place of a battery and we connect the negative plate to a wire ( Fig 4). 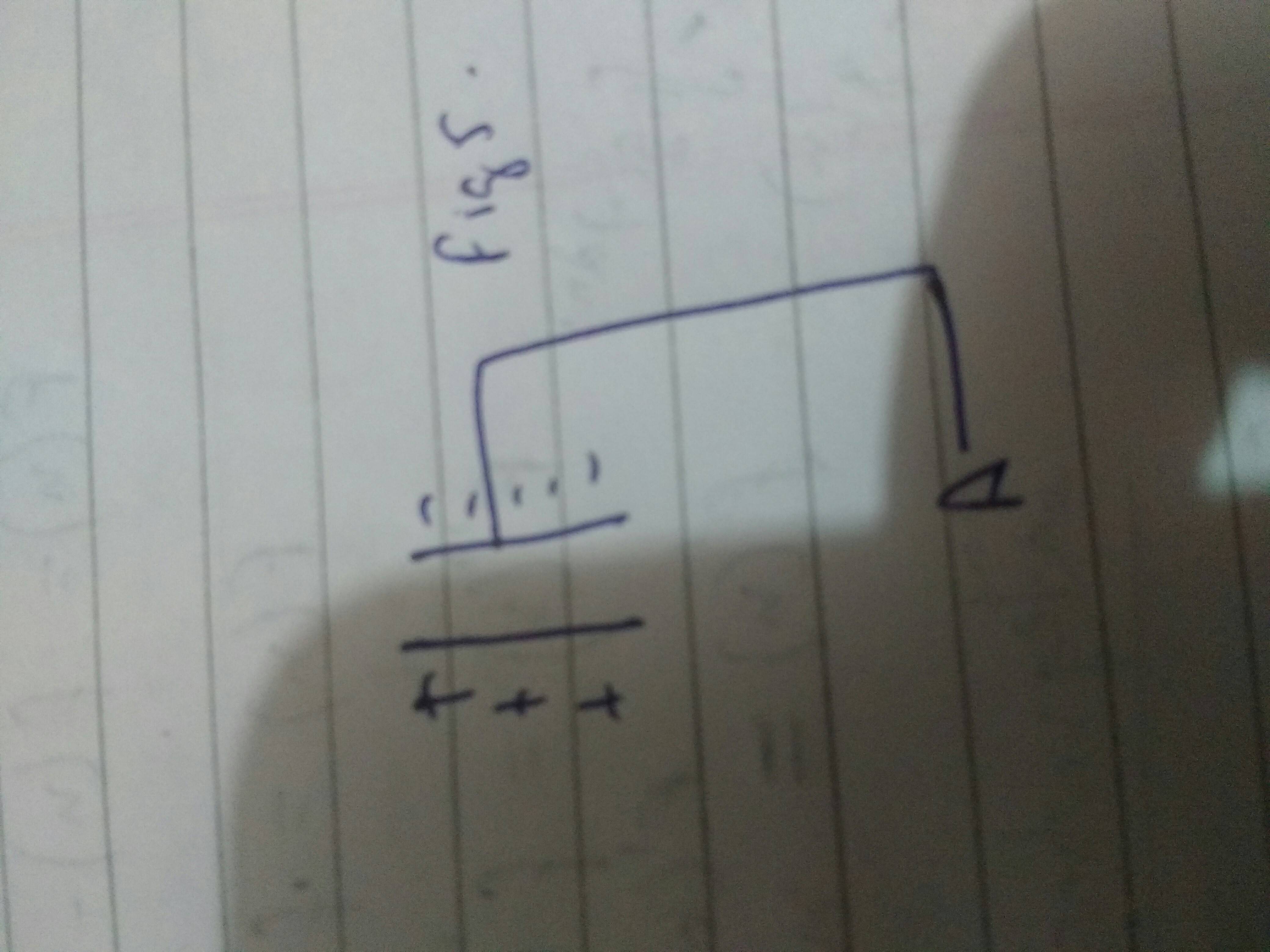 Will any charge develop on the end A of the wire. I am asking this because I think that (this should also be in the case of the battery) that electrons shouldn't be able to flow from the negative plate to the end A of the wire because the electrons in the negative plate are held in place due to attraction by the positive charges on the other plate?

It seems to me, since you say twice in your post:

Some people say that the negative charges should be held in place by the positive charges.

that you have some misconceptions on how electrostatic forces work. Let me give an example to highlight what I think is wrong with your understanding. Say there is a charge -q sitting close to a charge +q. You bring a big charge +Q close to this environment. -q will no longer be held in place by +q: it will rush towards +Q

The takeaway is that charges are fickle things--they go where it suits them (regions of higher potential for electrons and lower potentials for protons) It doesn't matter if there is a positive charge next to the electron--see a high potential region that they can get to (there needs to be a conducting medium)? They will go there.

1) Once the charges have been distributed like in your picture, the electrons are at -ve potential. Connect the sphere to ground and they wil go there. ($0$V is higher than -ve volt)

2)It doesn't matter what end you connect to ground. A conductor is an equipotential. The entire sphere will be at $0$V

3)Yes, the wire will now be at a positive potential so it will develop +ve charge by having electrons move to the capacitor plate, but it won't act as a capacitor.

4)The wire is at $0$ volts. It is brought in contact with the -ve plate; this leads it to acquire some negative charge which will spread to its surface untill both the surface of the wire (which can be treated as a conducting cylinder) and the -ve plate are at the same potential.

Not the answer you're looking for? Browse other questions tagged electrostatics capacitance induction or ask your own question.

2
Capacitor Charging and Discharging when connected to the ground
1
Does charge of a metal charged by induction determine by which ends of the metal is grounded to?
0
Charging a metallic sphere positive by induction
2
How do electrons distribute themselves along a wire attached to one pole of a battery?
1
How does distance effect the flow of charges between a capacitor's plate and battery
0
Insulators and electric charges
1
Energy consideration and charge flow in an RC circuit
1
Electrostatic induction problem