Edit: As a reaction to Peter Shor's comment, I try to narrow the scope of the question a bit and give some more specific subareas of solid state physics I am in particular interested in:

See also the course by Rivasseau given at the CIME school in Cetraro, September 2010.

The problem with this kind of books is that there is no special mathematics in solid state physics. There are books with titles like "Quantum Field Theory in Solid State Physics" or similar: modern methods in solid state originate from QFT, quantum chemistry and alike. Thus, rigorous introduction may be found there and not in solid state itself.

If you could specify particular topic, probably it would be possible answer your question.

You can wonder about the stability of matter in quantum mechanics or get caught by disorder to learn the rigorous aspects of localization in disordered systems.

A list of new topological field theories and their topological invariants are organized and studied cases by cases in physical relevant to Solid State/Condensed Matter physics 2+1 and 3+1 spacetime dimensions. e.g. 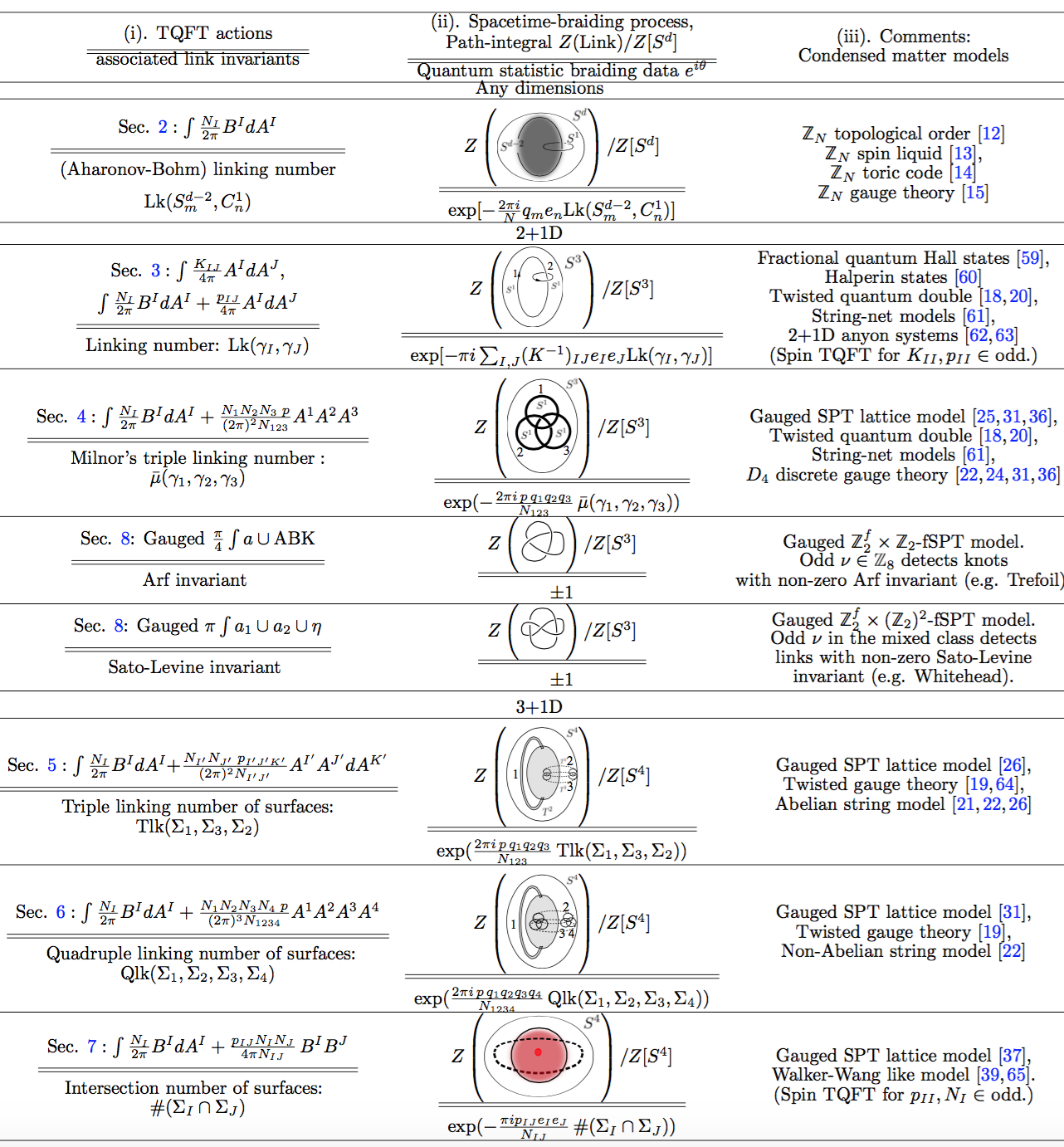 First off, I would like to point out that solid state physics is not like quantum mechanics or maybe QFT in that you can articulate (nearly) the whole theory under a mathematical formulation, starting from a set of axioms and going on. In an excerpt from the last reference we can read the following:

While in related fields, such as Statistical Mechanics and Atomic Physics, many key problems are readily formulated in unambiguous mathematical form, this is less so in Condensed Matter Physics, where some say that rigor is "probably impossible and certainly unnecessary". By carefully selecting the most important questions and formulating them as well-defined mathematical problems, and then solving a good number of them, Lieb has demonstrated the quoted opinion to be erroneous on both counts. What is true, however, is that many of these problems turn out to be very hard. It is not unusual that they take a decade (even several decades) to solve.

The theoretical developments in condensed matter are, I think, to a large extent motivated by experimental observations. Phenomenological models are built that with time are set on a more rigorous formulation. Besides, we build models that we think can explain the observations with each model requiring a specific type of math. Once we can explain the rough characteristics, then we include more and more details. There is always a balance of what we want to reproduce and how simple (and enlightening) the model is. The more details the more involved the mathematical model is so it increasingly requires more advanced math. Sometimes we need advanced math from the beginning though. So, you will probably not find a single mathematical treatment of everything but several models scattered all around. Therefore, I think it is best to first read general books of solid state to find what problems exist and then pick the model you like the most. In the following a set of topics within solid state theory and some references for the most rigorous treatments I found are presented.

You will find many mathematical models to play with, like Thomas-Fermi theory, DFT, tight-binding, Hubbard, ...

There are phenomenological theories (BCS theory, Ginzburg-Landau theory, ...) but there is not yet an established theory. Researchers are trying to use QFT to explain the phenomena.

This field is still in a nascent state, is evolving and active.

So if you want to understand Qhe and SC rigouresly, you really need to go in field theory language and there are a lot of wonderfull books on that topic.

these two books would give an excelent math rigor to soild state physics.

on top of them you can use

in terms of diffucuilty the order is from hardest to easiest is 3 1 2.

these three books are pretty standart in this field, so they should be more than enough in terms of superconductivty and quantum hall effect and much more, I am not sure about semiconductors though.

Not the answer you're looking for? Browse other questions tagged mathematical-physics condensed-matter resource-recommendations solid-state-physics or ask your own question.

4
Different electrons, why aren't they all the same?
14
Resources for algebraic topology in condensed matter physics
0
Quantum Mechanics book recommendation (with specific parameters)
2
Relevance of mono- and diatomic chain in Solid State Physics