Why image is blurry or focused with convex lenses?

I have a few fundamental questions in optics about the focus and blurry images.

Each text book says that according to this picture the object image is the same.

1) If we move the screen to point further then the image will be blurry. What causes it to be blurry?

2) Why do we need the rays to meet in the same point for focus?

3) What does blurry mean at lowest level possible?

4) As far as I see the objects top will now be in 3 different places. We should see the reflection of the top 3 times then?

5) Also, not so relevant to the to the main topic, but from that position, suppose we move the object right until point f. At point f, we stop seeing the object image on screen or without. What is happening at point f so we don't see the object anymore? Im asking this because I think it is really connected. 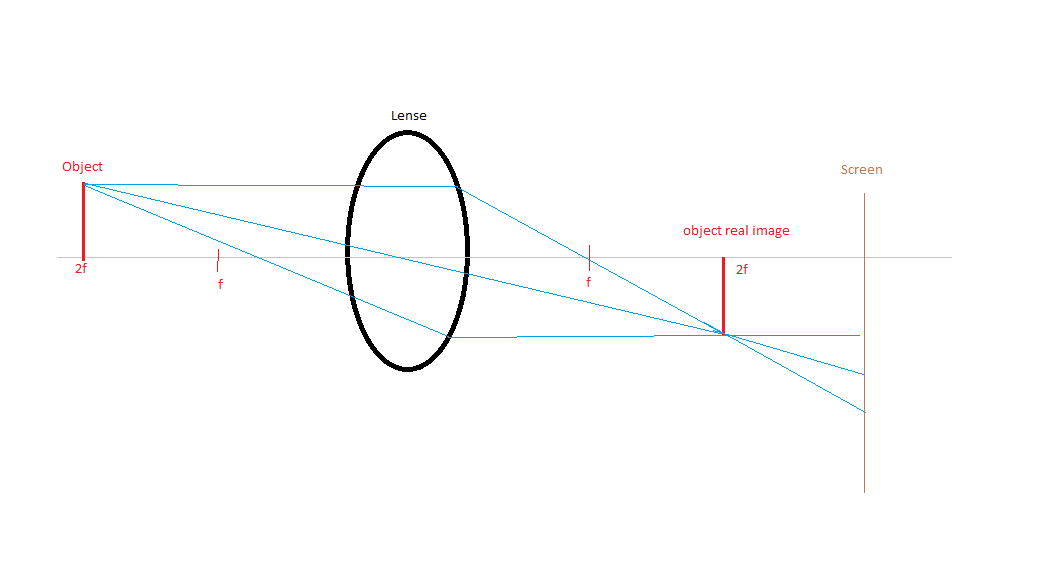 An extended object consists of infintely many object points. If we consider two points close to each other, we now see two circular patches in the displaced receiving plane, each patch contributing its own illumination. At the places where these patches overlap, the resulting illumination is the sum of the illumination due to each patch. The overlap of the patches is given by the distance between the two points in the object. If the two points are very close to each other, the patches will overlap almost completely, and may seem to be one patch instead of two. We may therefore think that there is only one object point instead of two close points. In the displaced receiving plane we have therefore lost the ability to detect small detail, namely that there are really two close points instead of one, and we would feel that the image in the displaced receiving plane is blurry. If the intensity distributions of the patches are known, it is possible to use computer image processing techniques to retrieve the sharp image from the blurry picture.

Thought I'd pop it into an answer for clarity - and more words:

Your picture answers these well. Look at those blue lines. These are light rays from the point at the top of the Object.

At the real image point, they are all together, in another nice sharp point. This is in focus.

Point 4 needs some clarification - the diagram is a construct to demonstrate how light rays are affected by the lens. At the screen they are spread apart - with light rays from that point appearing anywhere between the blue lines, and light from all other parts of the object doing the same. So the image of the top of the object now becomes a smear across the screen.

Oh, and at point F - it will be a small blur on the screen. It doesn't vanish.

To try and help with an analogy, imagine drawing a picture using a sharp pen. You can draw a perfect copy of an image. Now try with a bundle of paintbrushes tied together - you'll have a very blurry picture.

An image looks like an object because rays of light come from the some point in space (where the image is) in the same way that they come from the object.

Near, but not at, the image these rays will all pass through a small area but not exactly the same point. If you put a screen there you get a blurry, out of focus, image. What is happening is that rays from each point in the object arrive at the screen spread out. Another way of looking at it is that at each point on the screen you are getting rays from a little area on the object rather than a single point.

The reason the light rays all converge to a point and you do get an image is a result of the special geometry of the lens. Other shapes wouldn't work.

If you put the object at the focal point then the rays refracted by the lens end up parallel and thus never converge and no image is formed.

2
Basic geometric optics question - how come we don't have to have exact focus to capture objects clearly?
2
Converging Lenses with Objects at “Infinity”
1
Image formation and focus
4
Why do we see a blurred image when the screen is not placed at the position where the image is formed by a convex lens?
0
Incongruence in virtual image position on a convex parabolic mirror
9
Why can't virtual images form on a screen?
0
Why are two rays required for us to see an image?
1
Convex lens -view real image with my eye at near point?