Why do only red dwarf stars have convective currents?

Stellar models indicate that red dwarfs less than 0.35 M☉ are fully convective.[3] Hence the helium produced by the thermonuclear fusion of hydrogen is constantly remixed throughout the star, avoiding its buildup at the core and prolonging the period of fusion. Red dwarfs therefore develop very slowly, maintaining a constant luminosity and spectral type for trillions of years, until their fuel is depleted. Because of the comparatively short age of the universe, no red dwarfs exist at advanced stages of evolution. - Wikipedia

Red dwarf stars are tiny. Is this why they can have convection currents? 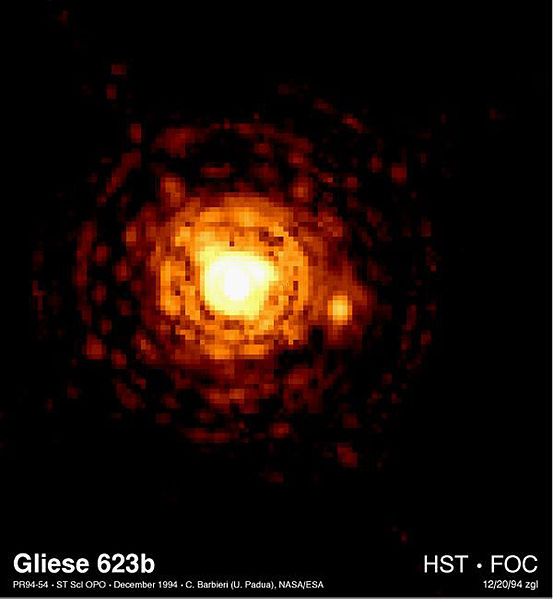 Low-mass M dwarfs are the only stars that are fully convective, but most stars have at least some convection going on either in the core or in the outer envelope.

The key to your question is to examine the conditions under which the temperature gradient in a star becomes large enough to trigger convection. There are basically three cases where this happens.

In low-mass M-dwarfs it is mechanism (1) that is in operation. The opacity in a star is approximated by Kramer's opacity $$\kappa \propto \rho T^{-7/2},$$ where $\rho$ is the density and $T$ the temperature.

M-dwarfs are denser than more massive stars and have lower interior temperatures. The opacity of the gas is so high that convective instability is present throughout the star (except right at the photosphere). In higher mass main sequence stars, the opacity in the interior is low enough (at higher temperatures) to avoid convective instability. But convection then happens in the cooler outer layers (e.g. in the Sun).

Well smaller stars can transfer there heat quicker to their surface and this means the temperature gradient can be greater than the adiabatic gradient. So the forces of temperature and heat transfer takes over and convection happens. This convection process actually prolongs the life of the red giant. Red giant is going to burn same amount of hydrogen our sun burns(1/10 of its hydrogen). This is because all the hydrogen that is burned is in or near the core. For a red dwarf hydrogen is supplied throughout the star. Also the more convection that happens inside a red dwarf the more the temperature gradient will win over the adiabatic gradient. This results in more convection currents inside a red dwarf.

Not the answer you're looking for? Browse other questions tagged conventions sun fusion stellar-physics stellar-evolution or ask your own question.

2
When do stars become red giants?
1
Why aren't all large stars black holes?
7
Reason why stars do not produce elements heavier than iron
8
Why are some stars very large (i.e., $r \geq 1000 \ R_{\odot}$) but not super massive?
0
How can a red dwarf have such an immense lifetime?
0
Do only 'giant stars' fuse large amounts of elements other than hydrogen and helium?
16
Why is the Sun made of light elements only?
2
Evolution of red dwarf stars
16
Why do stars get bigger and brighter when older?
1
Why don't main sequence stars continuously expand?