How does our sun create positrons in it?

How does our sun create positrons? And does the sun emit said positrons after their creation?

I read that the sun creates positrons at it's center but I couldn't find how they form. Is it a byproduct of fusion or does it occur as our sun stars to die?

Positron formation does occur as a result of solar nuclear fusion, but as there are lots, and lots, of electrons around, mutual annihilation removes them.

The fusion of two protons during the nuclear fusion process creates a positron as one of the protons changes into a neutron and a neutrino, forming deuterium, an isotope of hydrogen.

The positron almost immediately encounters an electron, resulting in the emission of two gamma rays. 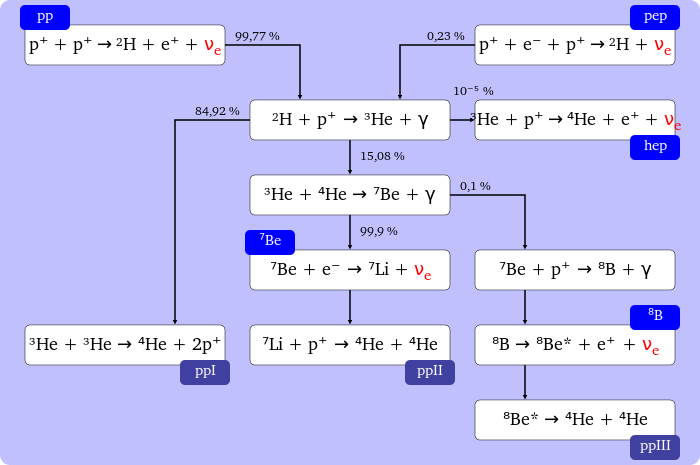 From the above image, the positron production is indicated by $e^+ $

And does the sun emit said positrons after their creation?

A study by the New Jersey Institute of Technology discovered that powerful processes (solar flares for example) on the surface of the sun had ejected the particles, speeding them up to near light speed. Interactions of atomic nuclei, which the solar flare had accelerated, likely created the positrons. It seems very unlikely that any of these positrons were created at the centre of the sun as, if we assume they take as long to emerge from the centre as massless photons, they will be exposed to electrons for at least about 170,000 years. Over that time period, annihilation is almost certain.

Results from the Solar and Heliospheric Observatory (SOHO), in addition to observations from Japan's Nobeyama Radioheliograph allowed researchers to study the polarization of radio light emitted by the solar flares.

It was found that the light from the flares was polarized in different directions at lower frequencies, where normal matter dominates, to solar flare light emitted at higher frequencies, where more antimatter is expected. This effect was anticipated based on the opposite electrical charges of matter and antimatter.

Not the answer you're looking for? Browse other questions tagged sun fusion or ask your own question.

15
How long does a positron last in the Sun's core?

4
Is nuclear fusion possible on planets in our Solar system?
0
Could we recharge the sun's “batteries”?
5
What types of fusion reactions happened in population III stars?
15
How long does a positron last in the Sun's core?
8
How do neutrinos pass through the sun so quickly?
0
Question about China's Artificial Sun
0
Can artificial fusion have the same power density as in Sun's core?
4
Why does the sun have the Fe?
0
Positron-electron anihilation in the Sun