The restivity of typical conductors tends to increase as temperature increases. From what I understand, this is due to electron scattering.

Semiconductors tend to have their restivity decrease as temperature increases as more electrons are promoted to conductance band.

Does the conductance band have an upper bound?

This DTIC Report (PDF) shows that the conductivity of silicon continues to increase as temperatures increase from 500K to close to silicon's melting point at 1,687K: 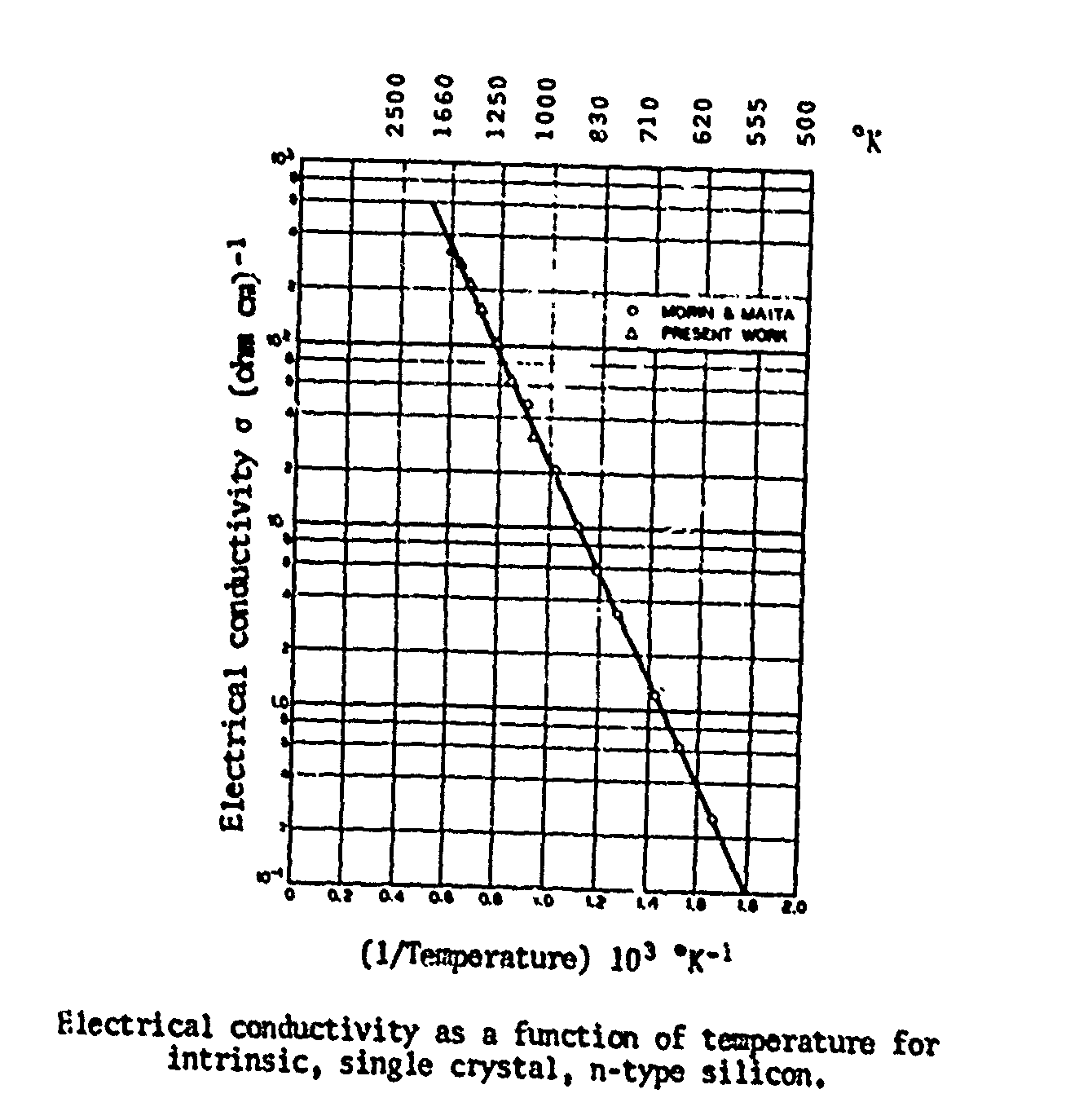 This is due to the rapid increase in the number of free electrons and holes with increasing temperature. 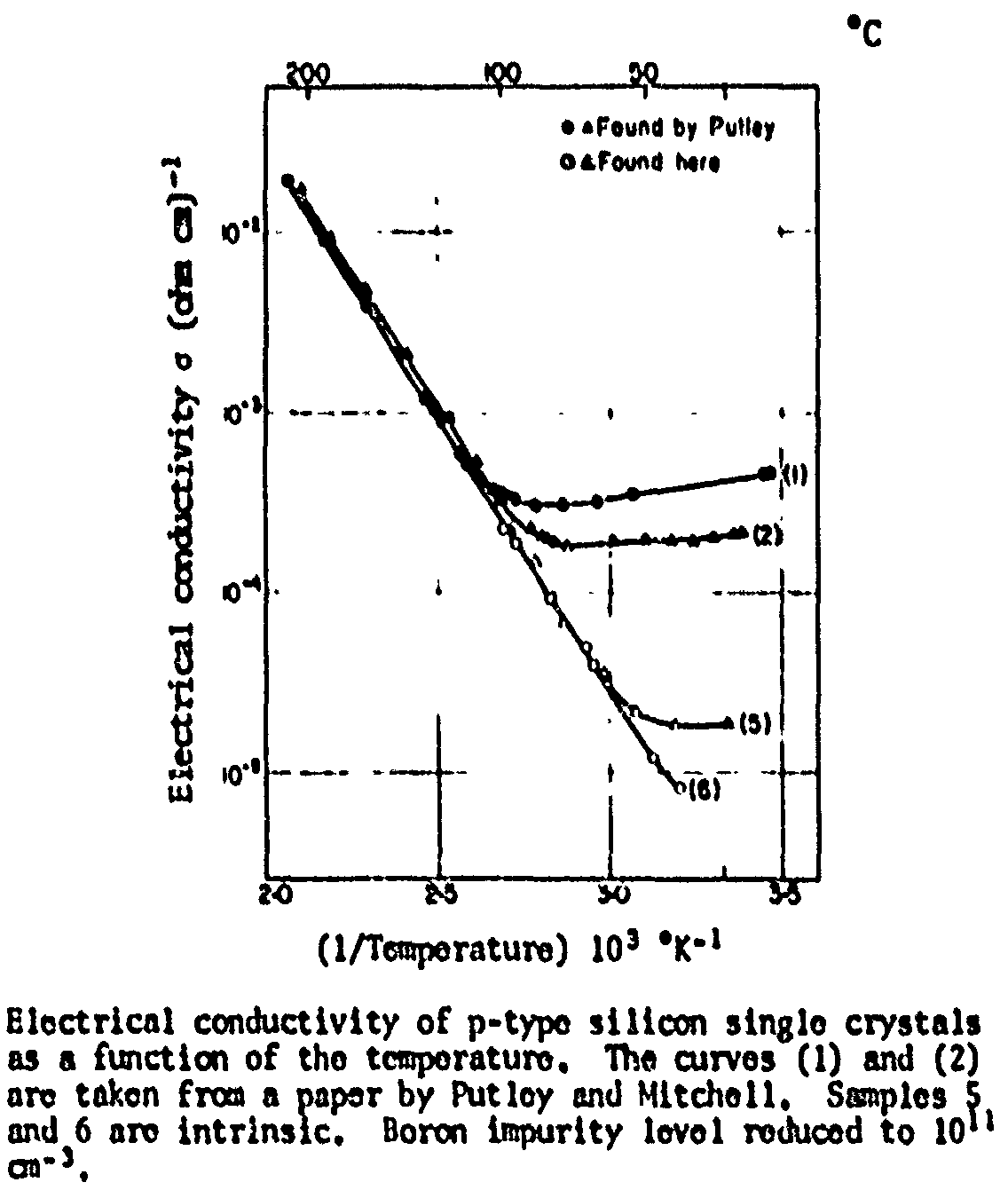 Not the answer you're looking for? Browse other questions tagged electrons temperature electrical-resistance or ask your own question.

0
Can an extrinsic semiconductor have a positive temperature coefficient?

0
Semiconductors: why the mass action law is not valid for very low temperatures?
1
Relations between pressure and temperature
3
How does the specific resistance / conductivity changes, when melting metals?
0
Resistance & temperature of semiconductor
0
Fermi Gas - Number of Free Electrons at High Temperatures
0
Does entropy increase with a decrease or with an increase in a system’s temperature?