Why is Andromeda only partially blue-shifted?

I am going to attempt an explanation based on this image that you posted a link to in the comments.

What you are looking at here is a broad-band visible wavelength colour image of the Andromeda galaxy. The colours you see are the colours of the stars, gas and dust that make up the galaxy. Stars can be red if they are cool, or if they are seen through large quantities of dust, which tends to be concentrated in the plane and spiral arms of the galaxy.

Blue stars tend to be hot, massive and therefore young (since massive stars have short lives). They tend to be found in spiral arms and close to the galactic plane.

What you are seeing here is that in the outskirts of the galaxy, the starlight is dominated by some hot, young stellar populations that are comparatively unobscured by dust. In contrast, towards the centre in the "bulge" you are seeing an older population of stars, predominantly in the form of red giants and cool main sequence stars. Hence these do not look blue.

These colours have nothing to do with redshift. The average motion of Andromeda towards us is about 300 km/s. This produces a blueshift in visible light (550nm) of a mere 0.55nm, which will not affect the perceived visible colour at all. In fact if such small shifts were perceptible in the colour of an image then the rotation of Andromeda, of around $\pm 250$ km/s, would be even more readily seen, in that one side of the galaxy would be red and one blue! Clearly that is not the case. 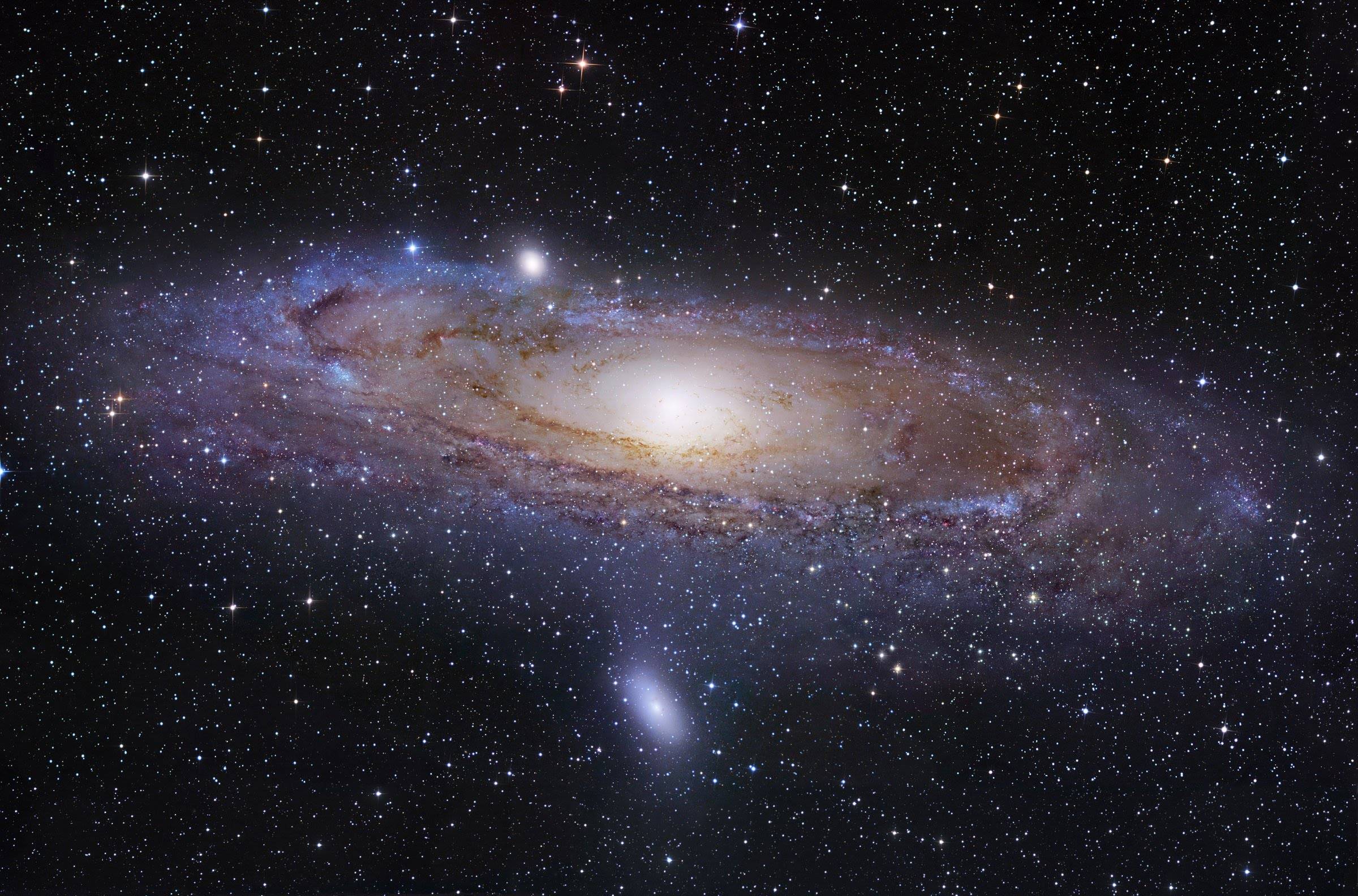 Not the answer you're looking for? Browse other questions tagged general-relativity astrophysics galaxies or ask your own question.

4
At what distance could you see andromeda with the naked eye?
9
Are we capable of discovering planets in the Andromeda galaxy?
15
Why don't the black holes appear black in color in images of galaxies taken from HST?
6
Why is “gravitational” red-shift neglected in galaxy and galaxy cluster scales?
32
Does more light from Andromeda get scattered in the atmosphere than in the entire trip to Earth?
1
Isotropy of the universe in different reference frames