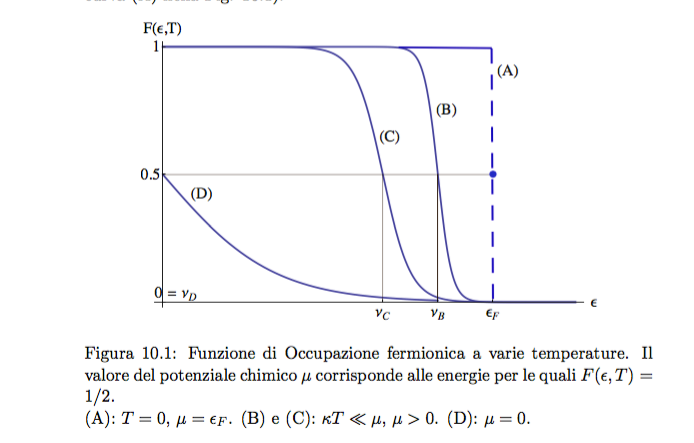 So, about this I have some questions because even at this point I'm very confused. What does F(E,T) represent? Is it a probability distribution? And if not, what does it represent? I got very confused because, as $E_F$ is defined as being independent on the temperature, thus a constant in the picture (depending on the solid considered I suppose) I see from the image that there are no fermions over $E_F$, even when the temperature increases. Why is that? If, for example, I consider a semiconductor I have that the Fermi level lies in the middle of an energy gap, so at very low temperatures I have no conduction. But, as the temperature increases, I need some electron over $E_F$ for the conduction to take place.

With the other professor is a different story. He defines \begin{equation} F(E,T)=\frac{1}{1+e^{\beta({E-E_F})}} \end{equation} and he says it's a distribution probability. He uses a picture like this one: 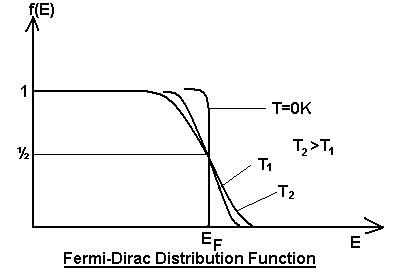 The two pictures obviously can't refer to the same thing. Can anyone give me a clue?

The two pictures obviously can't refer to the same thing.

You see, $FE(E,T)$, the Fermi function, is the mean number of fermions in the state of given energy E at temperature T. Hopefuly, it is bounded between 0 and 1 so only zero or one fermion in these quantum states. In this case, $\mu$ is the limit of energy at wich you have one half of a chance to found a fermion in you gas. Lower energy levels will mostly be filled and higher ones will be empty. 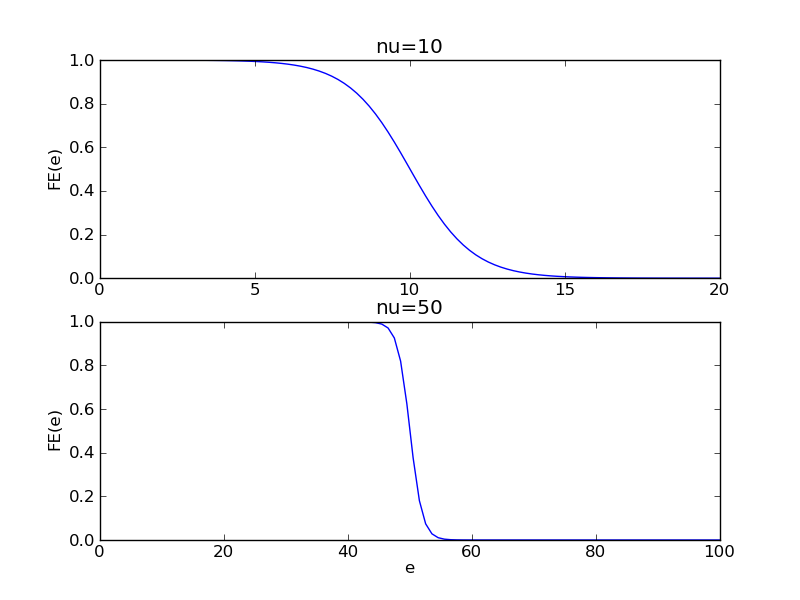 As you can see, as the distribution is exponentially decaying between $\nu-5k_bT$ and $\nu+5k_bT$. This gives you the density of distribution of your fermions in the different energy states around.

Remember that $\mu$ depends on the system bath and that the distribution along the energy states varies with $T$. Hope this helps a bit.

Not the answer you're looking for? Browse other questions tagged statistical-mechanics fermions electronic-band-theory or ask your own question.