What Lorentz was able to show was that Maxwell's theory of electromagnetism predicted precisely this much longitudinal contraction.To get this result, Lorentz modeled matter composing a body as a large collection of electric charges, all held together in equilibrium by electric and magnetic forces. 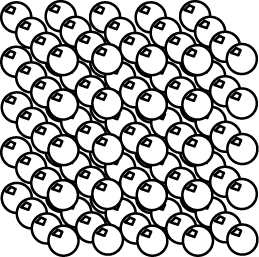 Moving electric charges create magnetic fields that in turn act back of electric charges. All these changes settle out into a new equilibrium configuration. What Lorentz could show was that new configuration consists in a contraction of the body in the direction of motion in just the amount needed to eradicate a possible result from the Michelson Morley experiment. 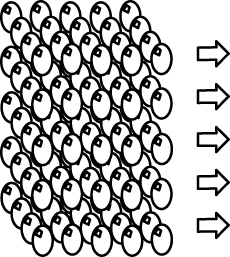 1) Is this derivation of length contraction considered to be sound and correct today? Is it treated in modern textbooks?

2) What if there are 2 masses (and therefore chargs) at rest with empty space between them? Would electrodynamics predict lenght contraction also in this case?

The webpage which you are quoting from points towards the answers to your questions. You need to read the whole of the webpage.

At the time this seemed like a perfectly satisfactory resolution of the puzzle of the failure of all ether drift experiments. It is only if you know what is coming next that you find the resolution awkward. Or, if you are Einstein, you see more in the resolution than others then did.

Lorentz made the ad hoc assumption that a fixed Aether medium exists, in order to predict a contraction in length of all experimental apparatus which explains why we can never detect the Aether. The only role the Aether plays in this theory is to explain why it cannot be detected!

Moreover, the Aether must have contradictory properties : it must be infinitely stiff in order to transmit vibrations of light at such tremendous speed, while also being so weak that the Earth can slip through it without being slowed down noticeably over centuries. The only consistent property it does have is that it does not move in any direction.

Instead of a fixed Aether, Einstein assumed that the speed of light is the same for all observers in relative motion. Although both assumptions (or hypotheses) are consistent with relevant experimental results, and neither can be proven, Einstein's hypothesis is considered to be superior. It avoids being ad hoc - ie it does not assume the existence of something which it proposes to explain or explain away. It is more consistent with the rest of physics, and is more 'useful' in making other testable predictions, as explained here.

The wikipedia article on the Lorentz Ether Theory summarizes the modern view of Lorentz' hypothesis :

Today LET is often treated as some sort of "Lorentzian" or "neo-Lorentzian" interpretation of special relativity. The introduction of length contraction and time dilation for all phenomena in a "preferred" frame of reference, which plays the role of Lorentz's immobile aether, leads to the complete Lorentz transformation (see the Robertson–Mansouri–Sexl test theory as an example). Because the same mathematical formalism occurs in both, it is not possible to distinguish between LET and SR by experiment. However, in LET the existence of an undetectable aether is assumed and the validity of the relativity principle seems to be only coincidental, which is one reason why SR is commonly preferred over LET.

Not the answer you're looking for? Browse other questions tagged special-relativity classical-electrodynamics history maxwell-equations or ask your own question.

7
Is it possible to derive Lorentz transformation equation without Einstein's postulates?

0
Can the Lorentz force stabilize the Hydrogen atom?
7
Is it possible to derive Lorentz transformation equation without Einstein's postulates?
5
Derivation of length contraction from lorentz transforms
0
Does an electron beam always repel electrons outside the beam?
1
Charge conservation and lenght contraction for a current carrying wire vs zero current wire
1
Relativistic electromagnetism help: Current carrying wire