How do i calculate the linear acceleration of a body with 2 opposite torques on it?

Say there is a free-floating rod in space with two equal forces(F1=F2) acting on it- one on each end, like so (forces rotate with the rod): 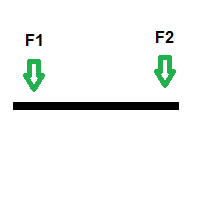 Calculating the torque each force applies separately yields that the rod will rotate counter-clockwise from F1 and clockwise from F2, but since they are equal, the rotation cancels out.

In real life, the rod will be pushed forward, and if only one force were to act, it would only rotate. How do we work this out? I've looked everywhere (well, with the limited terminology i know) and there is no mention of how to calculate linear acceleration from 2 separate forces that cancel out (completely or incompletely).

This is a simple problem and my intuition tells me that the rod will accelerate as if the two forces were to act on the center of mass, but what if it gets more complicated? what if the forces act on arbitrary locations relative to the center of mass of another rigid body, for example like this: 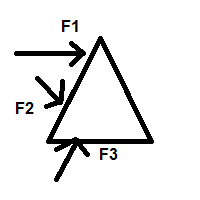 This is similar to how jet airliners have 2 engines, one on each wing, but the aircraft moves forward even though the engines are turned away from its center of mass.

Use the rules of rigid body motion:

A simple way to do this with force diagrams, is decomposing each force in two components: one component which accelerates linearly the body (along the line between the point where the force acts on the body and the center of mass of the body) and the other component that only produces torque (in the direction perpendicular to previous line).

Then the linear acceleration is related to the vector sum of the components in the lines to the center, and the total torque due to the sum of torques of produced by the tangential components. 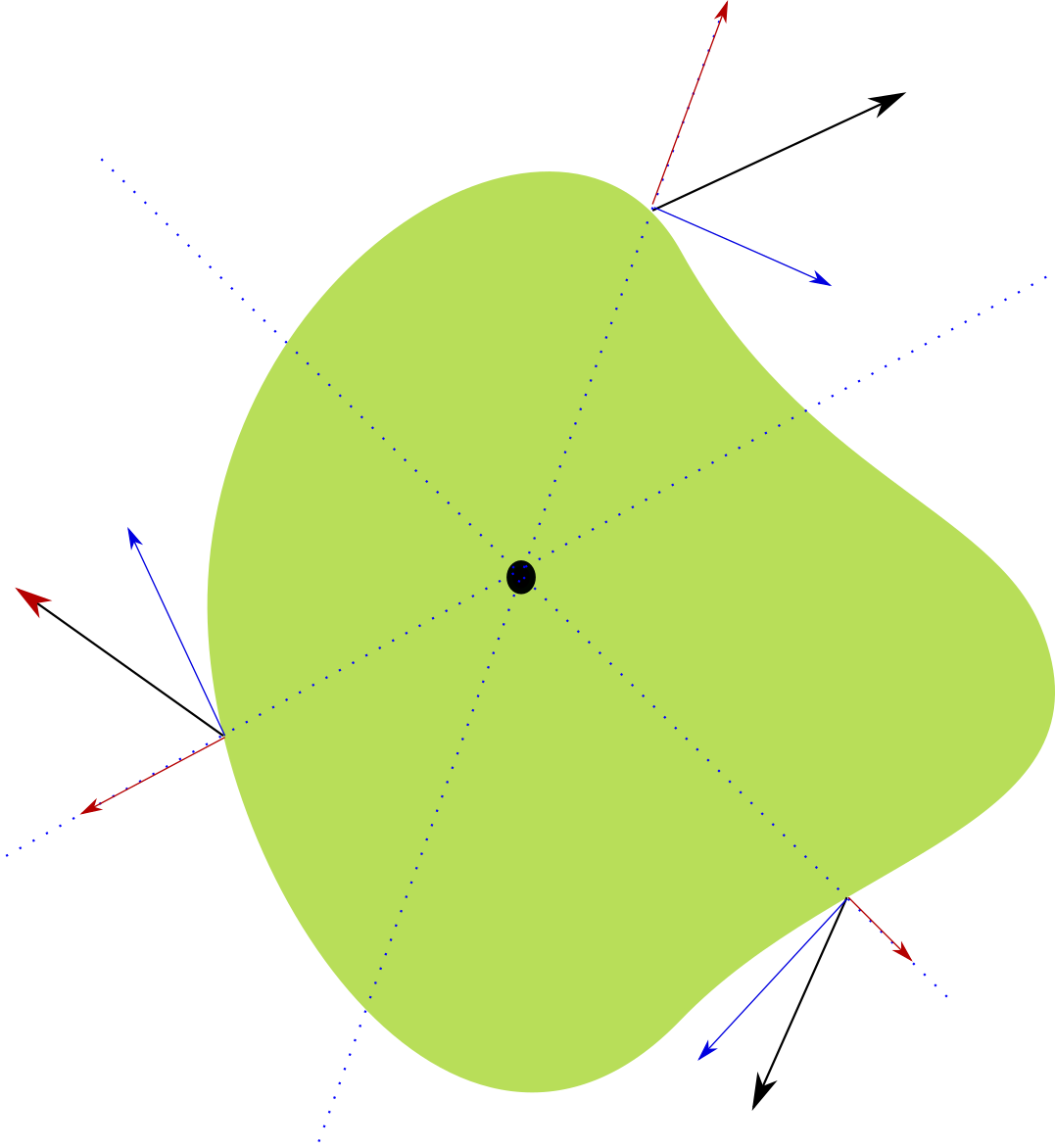 The way you handle forces with equal and opposed torque is the way you mentioned: the total acceleration is the action of both of them.

The fact that their torque is canceled out does nothing for net the force on the body, which results in the simple sum of both and generating motion.

In general, all forces on the body need to be summed as if they acted on the center of mass, but to calculate the torque this has to be done from the point they act, since the distance to center is important.

Not the answer you're looking for? Browse other questions tagged homework-and-exercises newtonian-mechanics rotational-dynamics torque or ask your own question.

1
What point of application of force ensures more acceleration in a rod?
1
How to calculate force / torque on non-flat lever, i.e. dolly
3
Mechanics principle
1
Do two airplane engines, rotating in opposite directions, cancel out their angular momentum?
4
About effects of torque off center of mass
1
Why do two bodies affect each other with the same but opposite torque?
1
Would the rod translate in this case, or only purely rotate?