First of all, I saw few similar questions here but most of them address the question of why, when I want to address a question of HOW. Also one question is addressing the same problem but I find it's formulation rather complicated and this makes it difficult to understand the question and answers. When the problem can be described and visualized in much simple way:

Let's consider a spaceship floating under the Earth. There is a source of light and at time 0s the light will reach some point on Earth and the end of spaceship: 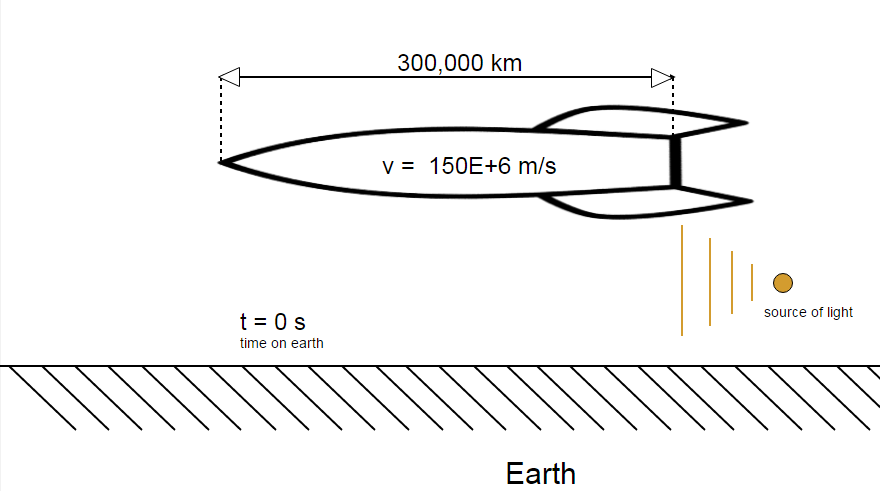 Then, after 1 second have passed on Earth, we will see the following picture: 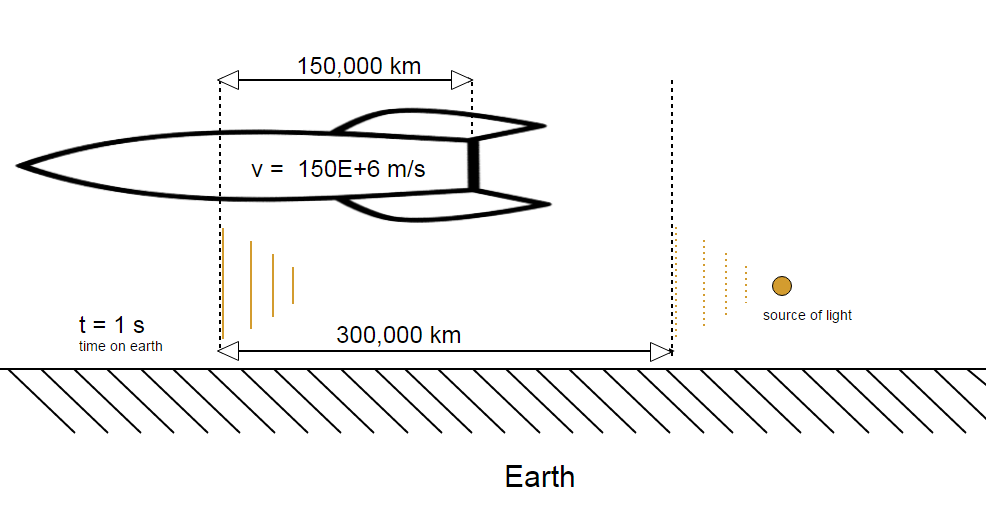 And it sounds believable until you imagine an other source of the light from an other end of the scene: 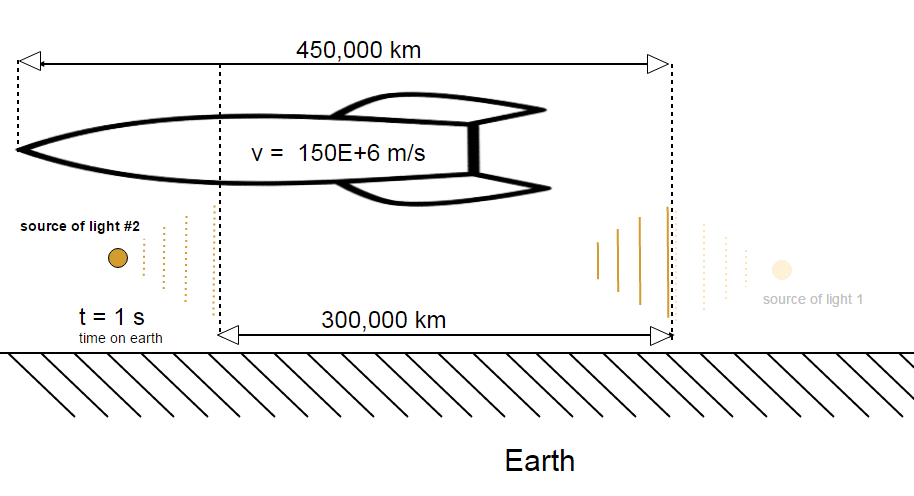 In this case by the same time the light from an other source have made a distance of 450,000 km. So if we use the same time as we did in previous case, the speed must be different.

So how can you imagine\describe the same speed for light from both sources and for both reference frames?

Its a question of simultaneity. In the earth reference frame the light sources emit simultaneously but in the frame of the rocket the light in front of the rocket will emit first so the ordering of events can become reversed according to its passengers.

Not the answer you're looking for? Browse other questions tagged special-relativity electromagnetic-radiation speed-of-light or ask your own question.