I was reading a book about atomic structure history (Chemistry in Context by Graham Jill and John Holman), and got interested in few points which is not explained in the book.

How did they calculate it and came to that conclusion?

2."Moseley bombarded various elements with high speed electrons and found that the wavelength and frequency depended on the element he used." I think that the X-ray produced was characteristic X-rays. Am I right?

If so, then if the electron knocked was from a different shell (even though if its from the same element), then the X-ray produced will be of different wavelength and frequency. Then why did the book state that "Whatever the conditions was, a particular element always formed X-rays of same frequency." (I was reading about Lyman and Balmer series, where emitted light from hydrogen has different wavelength depending on in which shell the electron was located, and came to this question.)

Why did the neutrons of Beryllium got separated from its proton and electron?

That is all I am curious about for now, Thank you very much. :)

I'll be updating this as I find answers to your other questions.

Geiger and Marsden actually did several experiments all very related (and all explained at this website). The one related to your question was done in 1913, to prove relationships that Rutherford calculated and published in a 1911 paper (The Scattering of α and β Particles by Matter and the Structure of the Atom). 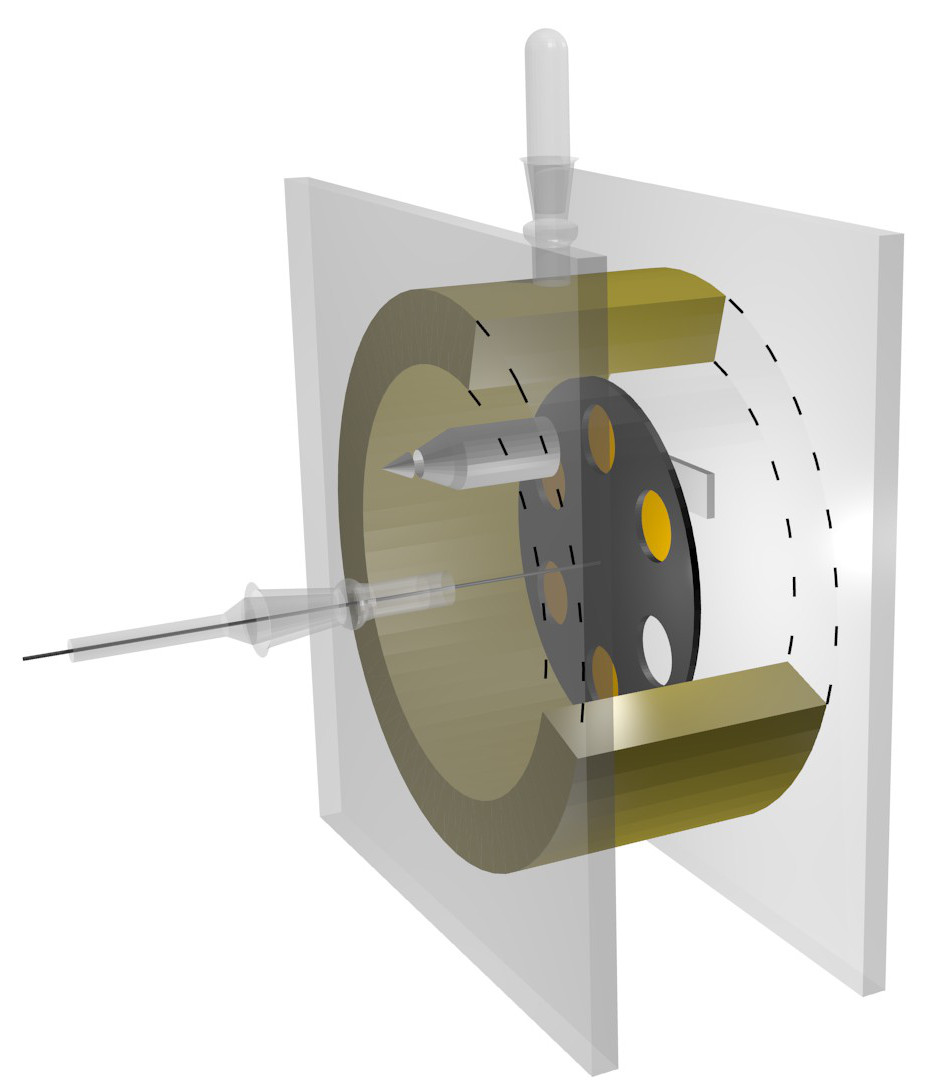 They covered the holes in the disc with foils of gold, tin, copper, and aluminum and measured each foil's stopping power by equating it with an equivalent thickness of air. They counted the number of scintillations per minute that the foil produced on the screen. They then divided the scintillations per minute by the foil's air equivalent, and then divided again by the square root of the atomic weight. Therefore, Geiger and Marsden obtained the fixed number of scintillations a fixed number of atoms produces for each metal. Then, for each metal, they divided this number by the square of the atomic weight and found that the ratios were more or less the same. They therefore proved that $s ∝ Q_n^2$ (where $Q_n$ is the positive charge of the atomic nucleus).

For your third question, he used the beryllium to create radiation. He then aimed the radiation at paraffin wax, and since paraffin wax has a high hydrogen content and therefore offers a target dense with protons, and neutrons have almost equal mass, the protons easily scattered when the radiation hit them. Chadwick looked at the distance the protons scattered and how the radiation impacted atoms of various gases and concluded that the radiation was made up of uncharged particles with around the same mass as the proton - aka the neutron.

Now, for why the beryllium was emitting neutrons. (See this website for more information; a summary is given here.) $^9Be$ releases more neutrons than it absorbs - this particular isotope under goes an (n, 2n) reaction, which can be described below as

I'm not quite sure I understand this question. Yes, mass spectrometers calculate the charge to mass ratio, but they are also detected by a mechanism such as an electron multiplier and the atoms/ions in the sample can be correlated with known fragmentation patterns. This website and this website might be helpful to you; especially the second link.

Not the answer you're looking for? Browse other questions tagged atomic-physics atoms x-rays elements mass-spectrometry or ask your own question.

2
Emission of Characteristic X Rays
0
Why is there a difference in the formulas of emission spectrum wavelength in Bohr model and in X-Ray emission?
0
The bremsstrahlung and the atomic number of the element of the target
2
Characteristic Radiation - $K_{\alpha}$, ... ; but no $K_{\gamma}$
2
Characteristic X-Rays During K-Electron Capture
0
If the incident electron loses all of its energy in the collision with an atom,what happens to it after the collision?
2
Creating an atomic orbital simulation, in which the laws of physics in the simulation can be adjusted
0
Why are helium and lithium so different, while lithium and beryllium are similar?
1
Why is the screening coefficient, $\sigma_K$, in Moseley's law only constant for high $Z$ and how can it be anything other than unity?