Could heat detected from Jupiter's red spot explain the temperature of the Sun's corona?

This is an excerpt from BBC Infrared Telescope, published 27th July 2016

Jupiter's Great Red Spot - a hurricane three times bigger than Earth - is blasting the planet's upper atmosphere with heat, astronomers have found. Using measurements from an infrared telescope in Hawaii, a UK and US team found evidence for temperatures as high as 1,500C - hundreds of degrees warmer than anywhere else on the planet.

They suggest the hotspot is created by thunderous soundwaves "breaking" in the thin upper reaches of the atmosphere.

It arguably solves what planetary scientists had dubbed an "energy crisis" for gas giants like Jupiter: temperatures in their upper atmospheres soar much higher than can be explained by solar energy - especially given their vast distances from the Sun. 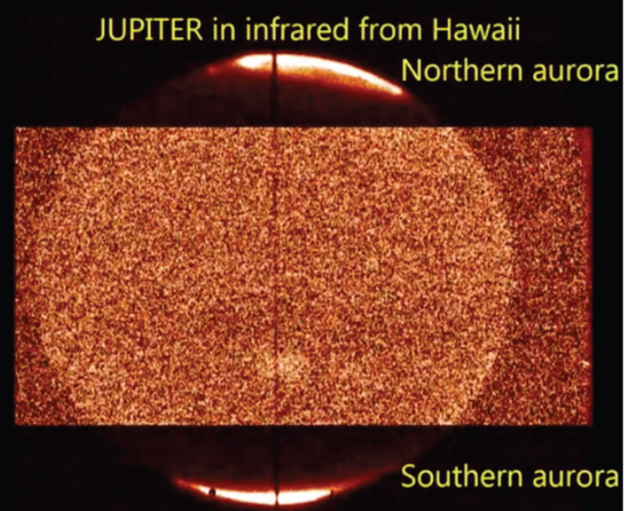 The heat from the Great Red Spot is the white smudge lower down, on the center line.

The mechanism of heat transfer is (very) roughly illustrated by the drawing below. 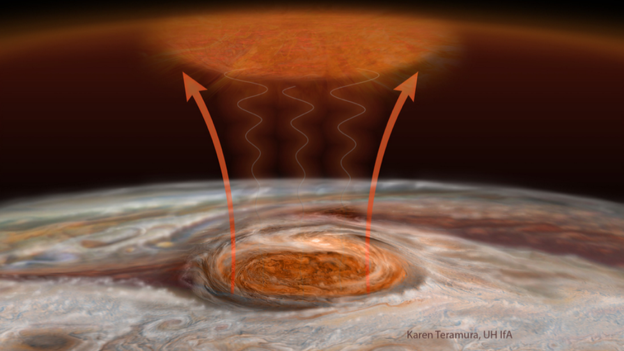 My question is: could a similar acoustic energy transfer explain the fact that the solar chromosphere, transition region, and corona are much hotter than the surface of the Sun. The reason is not currently well understood, but evidence suggests that Alfvén waves may have enough energy to heat the corona.

Above the temperature minimum layer is a layer about 2,000 km thick, dominated by a spectrum of emission and absorption lines. The temperature of the chromosphere increases gradually with altitude, ranging up to around 20,000 K near the top.

Acoustic heating of the solar corona is an old idea that was ruled out some time ago. The idea was that acoustic waves would be generated by convective motions, propogate outwards and then dissipate in shocks. There is plenty of mechanical energy available in the convection zone, but the difficuly is that the shock dissipation appears to be insufficient to raise the temperature of the corona to more than $10^6$ K and the dissipation would occur to soon at low heights to explain the extended corona. Acoustic waves would also not explain the strong correlation between magnetic phenomena and coronal radiative losses seen in the Sun and other stars.

Instead it is believed that heating is predominantly via the dissipation of magnetic energy that is propagated into the corona either through the stressing of magnetic loop footpoints by motions in the photosphere and subsequent reconnection events, or by the generation of magnetic (MHD) waves - magneto-acoustic or Alfven waves - that are a little more readily able to propagate into the thin coronal plasma.

There is a reasonable discussion of models of coronal heating at https://en.m.wikipedia.org/wiki/Corona#Coronal_heating_problem .

22
How deep is the Great Red Spot?
1
What kind of damage is expected to happen to the earth in case of being hit by a direct gamma ray burst?
0
Could we recharge the sun's “batteries”?
6
What would it be like “inside” a star?
10
How does the sun's surface conduct thermal energy from the convective zone to the corona?
0
Will 100 km body impact with Sun produce burn for people on Earth?
3
Red colour of the Great Red Spot