What is the decay width and why is it given in energy units?

I know these questions may sound very naive, but I want to make sure I get the basics of the terminology.

Like @DavidZ I found this a very good question but unlike him I am not a professional Physicist and so will try and answer the question on a simplistic level which may not suit @Martin as I do not know the level that he is working at but given that he is reading Thomson's book it must be quite advanced.

I start with the decay law of Rutherford and Soddy which states that the rate of decay $\dot N(t)$ of an unstable particle (or nucleus) at a given time $t$ is proportional to the number of those particles which are present $N$ at that time $t$.

Now it is often the case that there is more than one decay mode and for each of the decay modes there is a corresponding decay constant so now one must write that the rate of decay depends on the sum of all the decay modes.

The average lifetime of an unstable particle $\tau$ is related to the decay constant $\tau = \dfrac 1 \lambda$.

When measurements are made of the rest mass energy of an unstable particle with no instrument errors a graph of the following type is obtained. 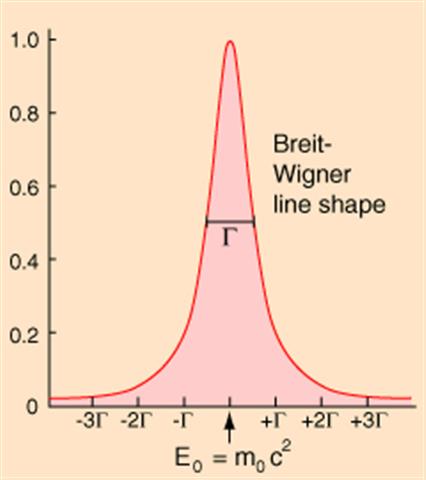 The width of such a distribution of mass energies is called the decay width $\Gamma$ and is measured in units of energy.

The decay width is related to the uncertianty in energy as follows.

where the various decay modes of the Z-boson are listed.

Multiple experimental are then performed to investigate the decay modes and their probability. 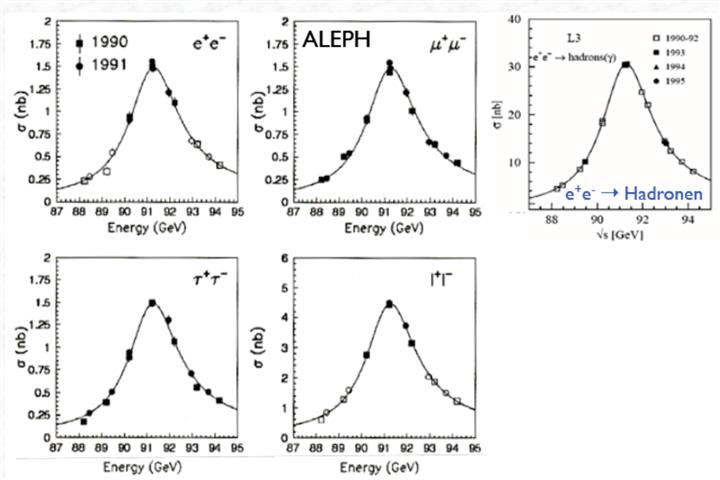 All this experimental data is then compared with the theoretical data which is based on the Standard Model and the agreements have been found to be very good to a high degree of precision.
The accuracy to which the experimental work is done can be gauged by one of Professor Thomson's slides and this is using the old accelerator at CERN. 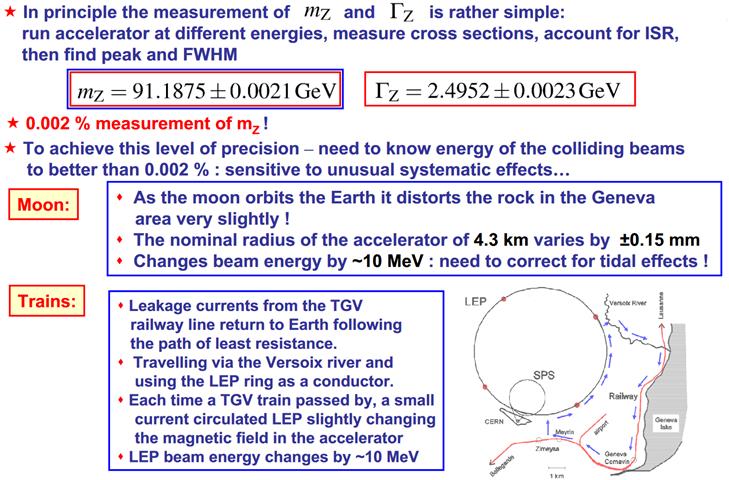 Entering decay width into this website's search engine is also most illuminating.

I will try to expand the great answer of @Farcher and explain the role of the decay width in quantum field theory (as usual, I'll set $\hbar=c=1$).

I thought that the OP and others might find useful some general informations about the link beetween decay rates and widths, since, as David Z points out, this basic stuff is sometimes hard to find on textbooks.

When a certain particle has an empirically known lifetime $\tau$, it is customary to assign it a "width" $$\Gamma=\frac{\hbar}{\tau},$$ which, apart from the dimensional constant $\hbar$, is nothing but the decay rate of the particle.

It may sound reductive, but I think that this definition is almost everything you need to understand most of the introductory texts on High Energy Physics (HEP), which often focus on the experimental aspects rather than on the quite involved theoretical analysis of HEP processes.

Dealing with decay rates is much more practical, because in the presence of several decay channels, as in the reaction you wrote, the total decay rate is of course the sum of the rates into each single channel. The equation you quoted means that the total rate of decay of the $Z$ boson is the sum of the decay rates into the channel $e ^+ e ^-$, $\mu ^+ \mu ^-$, etc..

Going beyond first order perturbation theory, as originally shown by Weisskopf and Wigner, shows that the energy distribution of the emitted photon is not a Dirac $\delta$, but (to a very good approximation, correct to second order I believe) a Breit-Wigner distribution: $$f(\hbar \omega)=\dfrac{1}{\pi}\dfrac {\frac{\Gamma}{2}}{(\hbar \omega - E_e -E_g)^2 + (\frac{\Gamma}{2})^2},$$ where $\Gamma= \frac{\hbar}{\tau}$. This gives an interpretation of the term "width", since $\Gamma$ is the full width at half maximum of $f$. Furthermore, the result can be interpreted by saying that the initial state, $\text{“atom in excited state + no photons"}$, has an uncertainty in energy equal to $\Gamma$, which is reflected in the uncertainty in energy of the photon in the final state.

Consider a quantum system with hamiltonian $H=H_0 + V$. $V$ is, as usual, the perturbation.

The sums over states above are formal, they only make sense in the limit of a continuous spectrum at $E=E_i$, as in the case of the atom decay (note that in this case the "system" is not just the atom, but the atom+field composite).

Here are a couple of things which are related to $\Gamma \tau = \hbar$, but which I don't want to discuss here because I'm not very prepared about them and also because I fear going off topic.

Not the answer you're looking for? Browse other questions tagged particle-physics standard-model heisenberg-uncertainty-principle radioactivity absolute-units or ask your own question.

107
What is $\Delta t$ in the time-energy uncertainty principle?
29
Is there an actual proof for the energy-time Uncertainty Principle?
3
how to explain the diagram of declaring finding a new particle?
4
How was Be-8's Half-Life of 7E-17 Second Determined?
2
Light neutrino number from the invisible decay width of $Z$ boson, and precluding heavy neutrinos as dark matter candidate
2
Adding Particle Widths
0
What is natural width in particle physics?
0
What is the relation between the half-time and the line-width of a radioactive nucleus?
2
Heisenberg - Uncertainty principle - lifetime of a particle with Energy E
1
Finite width of spectral emission lines
See more linked questions

5
Predicting Decay Rates via the Standard Model
5
Width of the decay of Higgs boson into dimuon
1
How can I calculate the uncertainty in radioactive decay
1
Higgs to 4 lepton decay width
2
Light neutrino number from the invisible decay width of $Z$ boson, and precluding heavy neutrinos as dark matter candidate
3
Decay width of the tau lepton
2
How to determine the boson of a given particle decay?
0
What can be inferred about the mass of a particle from its decay width?