On Newton's discovery of the universal law of gravitation

I'm reading Peter Collier's book on relativity and was on the chapter where he describes how Newton figured out the law for universal gravitation. This is the cannonball referred to in the following context. 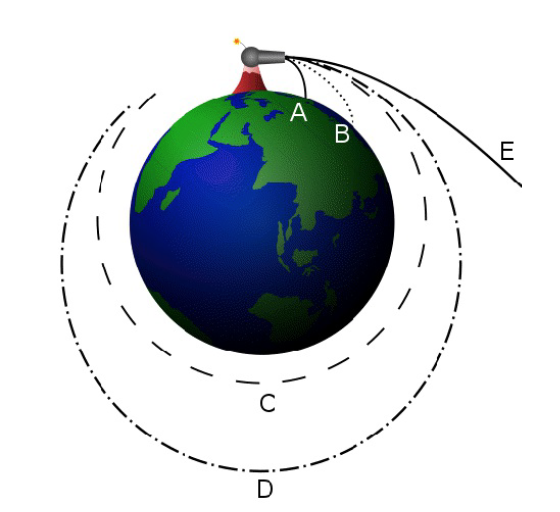 By careful observation Newton determined that the Moon actually ‘falls’ not 5 m, but 1.37 mm (0.00137 m or about one sixteenth of an inch) below a straight line trajectory in 1 second.

Assuming that both the cannonball and the Moon are accelerating towards the centre of the Earth, the ratio of the Moon’s acceleration to the cannonball’s is 1.37/5000, which is approximately equal to 1/3600.

My Question is: How was Newton able to determine how much the Moon "fell" below the straight line trajectory?

The distance to the moon was approximately known by astronomers in Newton's days.

Once you know the orbital radius and period, a simple diagram shows you how much the moon "falls". 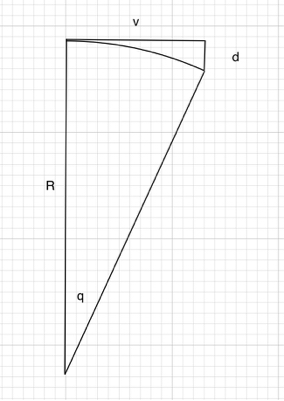 When angle $q$ is small, the distance $d$ is calculated from

Note - interesting details on this calculation by Newton can be found at this link - among others it describes the importance of knowing the mass of the moon (because the Earth-Moon system rotates about their mutual barycenter - not the center of the Earth). Get the mass wrong, and your calculations go awry. Apparently Newton was not above fiddling the numbers a bit so it all looked OK.

What Collier should be saying is:

By assuming his own law to be true, and given what we know today, Newtons might could have reckoned that the Moon actually ‘falls’ not 5 m, but 1.37 mm (0.00137 m or about one sixteenth of an inch) below a straight line trajectory in 1 second. It wasn't until centuries later than anyone verified this calculation.

The second statement that Collier made (as well as the first for that matter) is what we call a "physicist's history of physics". Given what was known and not known in Newton's time, Newton himself didn't and couldn't really make any of these calculations -- it just makes for a good, explanatory story to say that he did.

By the way, most physicists (myself included) have no idea how Newton really arrived at his conjectures actually, and would have no idea what we were reading if we were to actually read historical documents in his own handwriting. What you're reading is a summary of what we think Newton might have done.

Not the answer you're looking for? Browse other questions tagged newtonian-gravity measurements history or ask your own question.