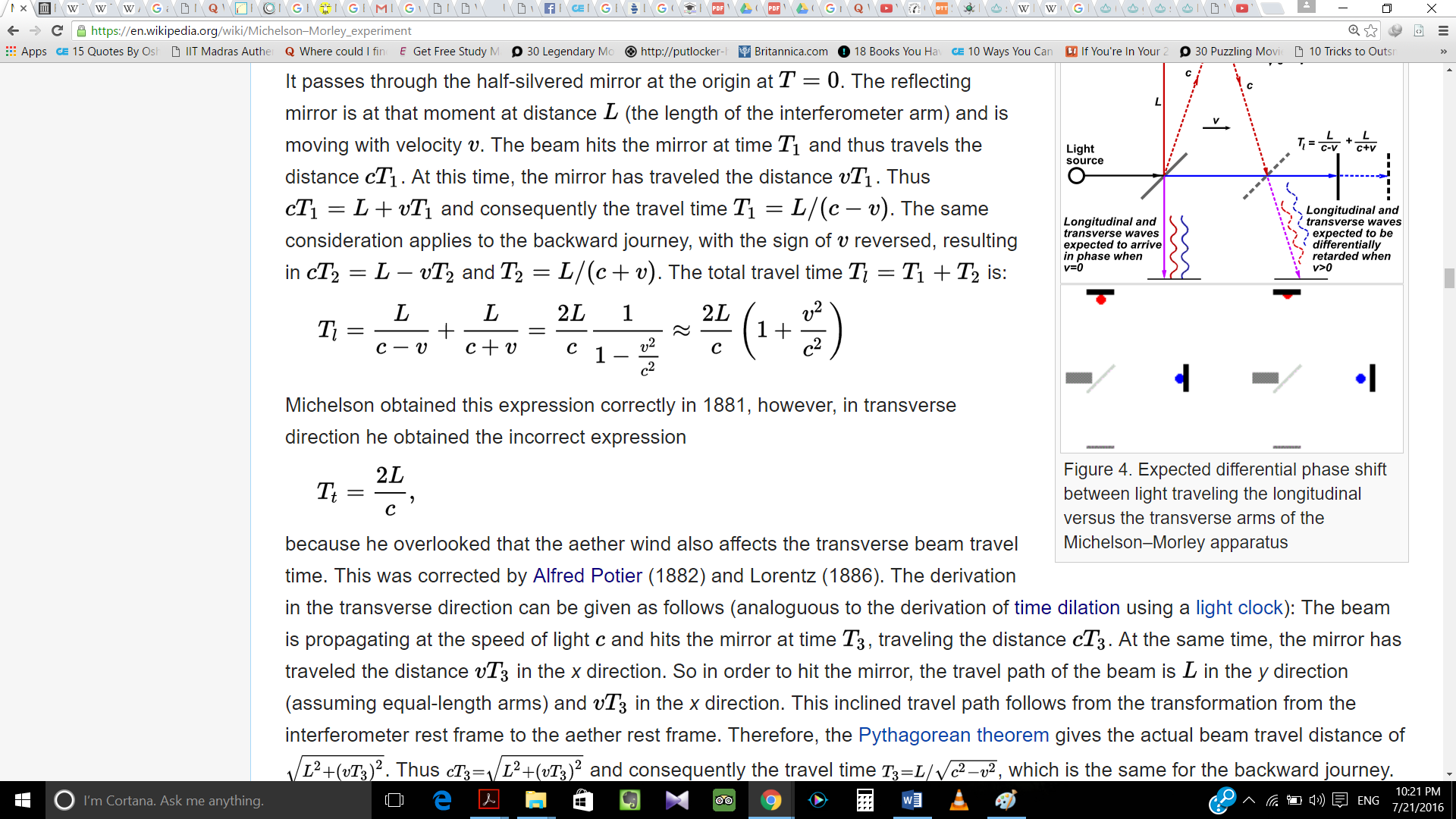 In Michelson and Morley experiment, Michelson calculated that the total time traveled by light with respect to the stationary observer standing at ether field was $2L/c$.

Here, Michelson followed the Galilean Theory of relativity, i.e., since light was travelling not a vertical path but a longer hypotenuse path of a right triangle as seen by the stationary observer at the ether field, the relative speed of light with respect to the observer is $\sqrt{c^2+u^2}$, $u$ being the speed of whole apparatus assumed to be moving with respect to the observer on the ether field.

But, Alfred Potier and Lorentz corrected that light as seen by the observer should not be moving at $\sqrt{c^2+u^2}$ but at "$c$". My question is that how did Lorentz and Alfred know that light will be moving at "$c$" with respect to the Observer at the ether field when light is traveling perpendicular to the motion of the apparatus.

I am able to understand the longitudinal argument of the constancy of speed of light from the null result of the Michelson and Morley experiment. But not able to comprehend how can we say that light travels at constant speed perpendicular to the direction of uniform motion of the whole apparatus with respect to a stationary observer at the ether field.

First of All, I am confused by your question. Light travels at a constant speed in all reference frames. What is this "stationary observer in the Aether Field"? That doesnt make any sense to you or me. Forget about that.

The experiment supports the non existence of a medium through which light moves in because of the null result. If you look back to wikipedia, there is a gif which explains what was going on. Because light travels at C, no matter what the movement of the interferometer does not affect the result. The gif on the right is what we observe when the apparatus is not moving. The gif on the right is what we would expect if the apparatus was moving-that the apparatus would "outrun" light a little bit.This does not happen. as a result, we do not see a phase shift. This means that the speed of light does not change. Also, to give you a derivation of time dilation, which might help you understand what is going on: http://users.sussex.ac.uk/~waa22/relativity/Complete_Derivation_files/derivation.pdf

If you think about this pdf it should help you understand the going ons.

Side Note: Remember Speed and Velocity are two seperate things. A photon might be traveling with speed C, which is the magnitude of its velocity, but its velocity in the x,y, and z directions can be less then C.

Not the answer you're looking for? Browse other questions tagged special-relativity experimental-physics speed-of-light galilean-relativity aether or ask your own question.