Both the atomic nucleus and the electrons are (complex) quantum systems and have large numbers of energy levels and transitions, and a basic shell model is usually part of introductory atomic physics as well as introductory nuclear physics.

Below, I give some samples of some atomic energy level lists for carbon, and nuclear energy levels for the isotope $^{12}C$ as a simple example of the types of data I'm asking about.

My Question: Roughly speaking, all told, are there roughly the same number of known bound atomic states and nuclear states, or is one number far larger than the other? I'm guessing the number of either one is somewhere around $\text{10}^5$ or $\text{10}^6$, but I have no idea where to even start to look to find out the answer. 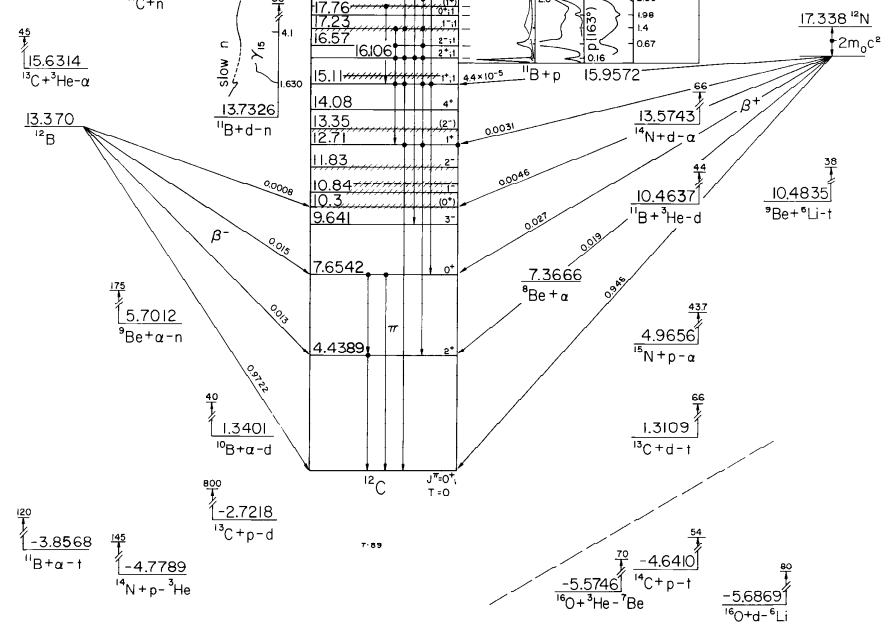 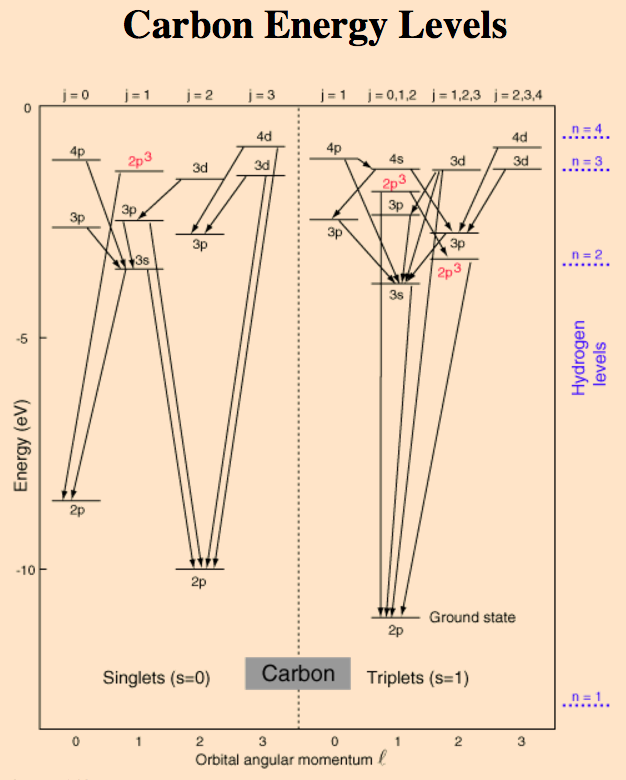 above: Example of carbon (atomic) energy levels from http://hyperphysics.phy-astr.gsu.edu/hbase/atomic/carbon.html. 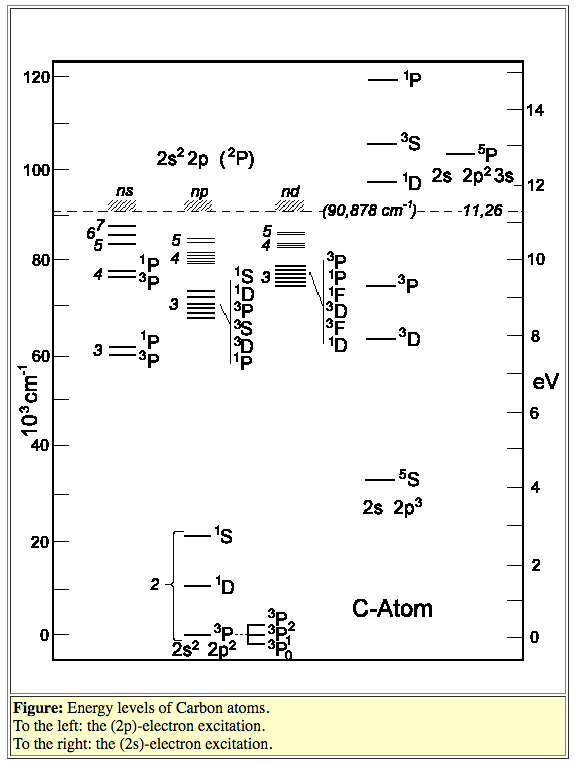 above: Example of carbon (atomic) energy levels from http://www.pci.tu-bs.de/aggericke/PC3e_osv/Kap_V/C_Ne.htm.

The atomic states win in a landslide. The reason is that the coulomb force is long ranged while the nuclear force is short ranged. That means that the number od discrete nuclear states is finite while the number of discrete atomic states is infinite. Even for a neutral atom where you might think that cancellation of charges would shorten the interaction range, the Rydberg state phenomenon renders the interaction long ranged.

Not the answer you're looking for? Browse other questions tagged nuclear-physics atomic-physics or ask your own question.

3
What is the lowest energy atomic transition ever detected and identified?

11
How to explain $E=mc^2$ mass defect in fission/fusion?
7
Binding energy of a nucleus is positive?
1
How does Nitrogen transition between a quarter and a doublet state?
4
Effect on electron shells energy levels during nuclear decay
0
Conceptual doubt regarding nuclear energy levels
0
Nuclear bound states
4
Is there any simple way to predict beta decay half lives?
2
Can muons be used to reach the island of stability of superheavy elements?