Experiment that demonstrates the wave-particle duality of electrons

EDIT : You're about to read the first iteration of my question which is flawed. Please go to the end to see an illustration of what I meant to say. The phenomenon I was talking about is called emission spectrum.

I remember watching an experiment in a documentary, The Elegant Universe by Brian Greene I believe. We put an atom, charge it with energy and then filter its energy through a prism.

I believe that the problem was that each colour was emitted by an electron that were stimulated, yet we ended with more colours than electrons in this atom.

Can anyone point me to the scientific title of this experiment? Other experiments and reading material (non-scientist oriented) would be much appreciated.

EDIT : Here's a link to the episode of the documentary in question. Experiment begins at 08:52.

It was actually a heated gas that emitted a spectrum following this pattern. The distinction is due to electrons changing orbits when heated.

The result is a distinct pattern of colours with interruption of darkness in between.

One way of showing the interference pattern is shown below: 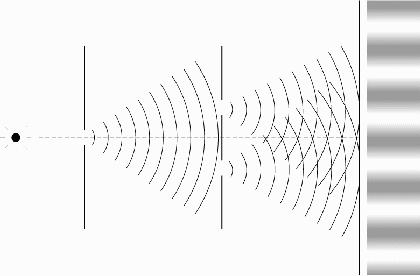 To summarize how this experiment works, an electron gun is used to fire electrons one by one at a screen with two slits in it. Behind the double slit screen is another screen where the electrons build up. The importance of this experiment is that the electrons build up in an interference pattern (as shown below, where a is the beginning and e is the end) which proves that electrons have a wave-particle duality like light, as de Broglie predicted. This phenomenon has been shown to occur with photons, electrons, atoms, and some molecules (such as buckyballs, though, referencing the comments, I'm not sure about water). 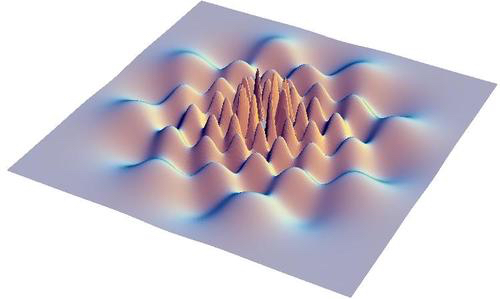 The basic idea is that where the probability wave is high, the particle represented is likely to end up; where it is low, it is not likely to end up. The reason I'm bringing up probability waves is because they are in the experiment. The electron's probability wave goes through both slits at once (interestingly, if you close one slit, the results are not at all what you'd expect with Newtonian mechanics, but it makes sense in the context of the electron going through both slits at once) and produces the interference pattern.

The second is an interesting thought experiment. The idea of this thought experiment is that if particle detectors are placed behind each slit to show how many photons/electrons/particles come through, the interference pattern will disappear, because of the fact that particles cannot be observed as both wave and particle at once, resulting in the wavefunction collapsing and the particle settling on a single slit. This can be somewhat represented by the diagram below. 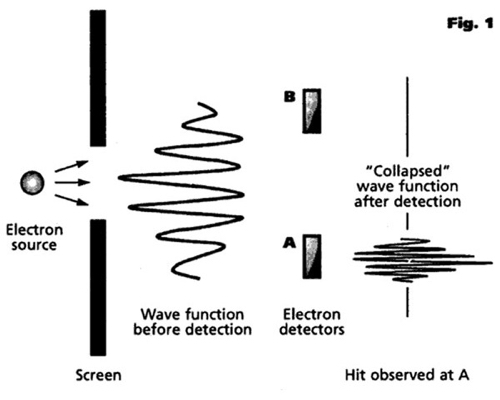 The one difference is that the screen would have two slits with detectors A and B in front of those two slits; otherwise, the basic idea is the same.

Here is a website that the double slit experiment further. 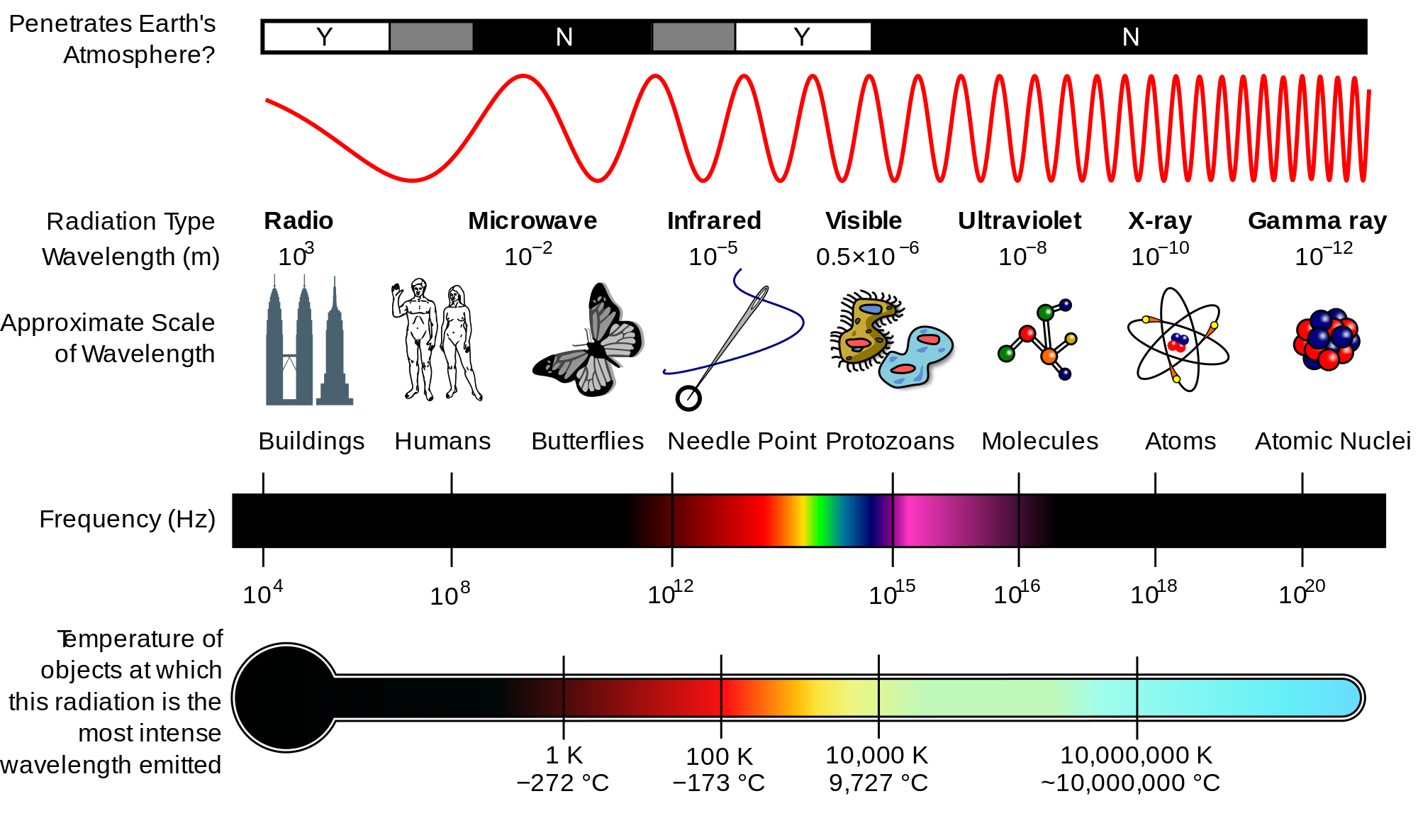 The experiment is done by heating gases up until they glow - agitating the electrons in the process - and then observing the light they gave off through a prism, which produces very defined lines - the emission spectrum. This could not be explained with the Newtonian picture of the atom (which, honestly, wasn't really defined - definitive proof of atoms was only provided by Einstein during his annus mirabilis in 1905, with his paper on Brownian Motion) but could be explained with the Bohr picture of the atom. Though Bohr's picture turned out to be partially incorrect (never, ever picture an atom as a miniature solar system, or physicists will pull their hair out) one idea remained the same, and was further emphasized by the Pauli Exclusion Principle. This idea was that electrons couldn't be in just any spot - they had to be in certain shells, like layers of an onion. They could never, ever be in the spots between the shells.

This was kind of important because one, electrons couldn't spiral into the nucleus (always good to keep the fundamental structure of matter from collapsing) and two, it explained this experiment. When electrons do a little quantum leap between the energy levels, they either have to gain energy (to move away from the nucleus, toward the outer energy levels) or lose energy (to move towards the nucleus and the inner energy levels). Now, because of the Law of Conservation of Energy, the energy lost cannot just vanish - it has to go somewhere. Enter the emission spectrum. The electrons emit electromagnetic radiation, the energy of that radiation depending on how much energy the electrons are losing, and the wavelength of that radiation depending on the atom - which is where the science of spectroscopy comes from. Below is a diagram of an atom's shells and how electrons emit or absorb energy when moving between these. 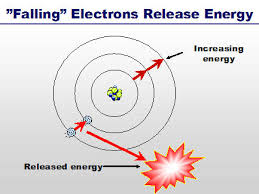 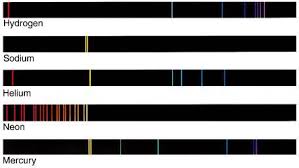