You can show this by using perturbation theory (only for suitable small changes in the potential).

There is one think to watch out regarding perturbation theory: If your energy eigenvalues are degenerated, then the perturbation term has to be diagonal in the subspace that is spanned by the degenerated states.

Edit: One can expand the proof for perturbations that vary with time: Let the change in the potential be $\delta V(x)$ (which now depends on $x$), then you can still calculate the energy-shift by using perturbation theory. In whatever subspace that is formed by degenerate states, you can find a Basis $|\tilde{\Psi}_n \rangle$ for which $\delta V(x)$ is an orthogonal Operator.

$^1$We will ignore subtleties with unbounded operators, domains, selfadjoint extensions, etc., in this answer.

$^2$ We assume in Section 2 that the spectrum for $H^{(0)}$ is non-degenerate and that no level-crossings occur. 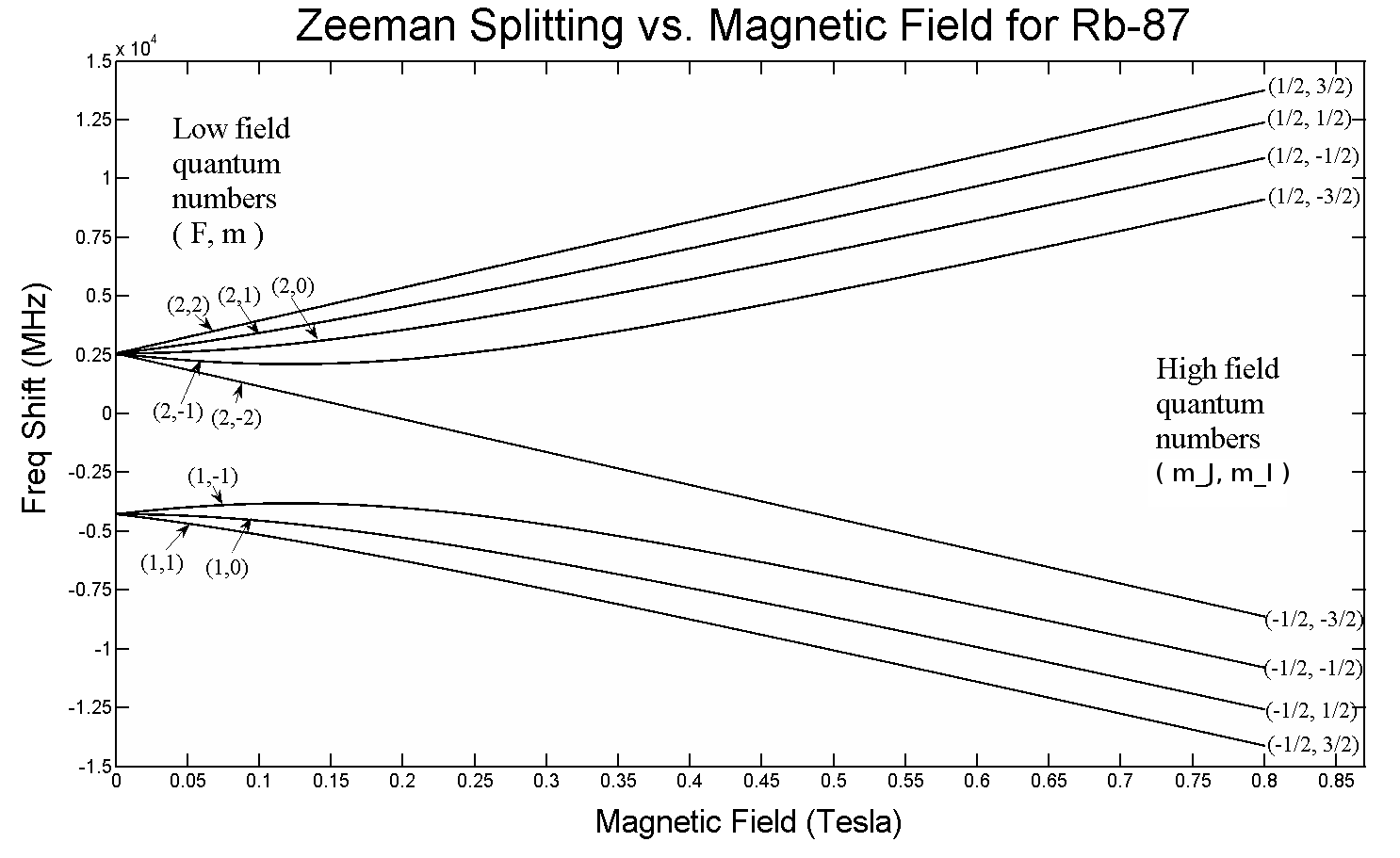 Note that the levels don't even move monotonically: The (2,-1) and (1,-1) levels move towards zero frequency shift for small field and then away for large fields.

Similarly, the Stark effect (shifting and splitting of spectral lines by an imposed electrical field) can shift to higher and lower energies. (Structurally similar shifts can be seen on the linked page as those shown above for the Zeeman effect.)

At least one commenter seems confused about what these words mean. The Zeeman splitting occurs under a uniform field. A uniform field has no potential, so makes no contribution to $\tilde{V}(x)$. In detail, using the OP's potential, $$ V(x) + \text{[uniform magnetic field]} = V(x) + 0 = \tilde{V}(x) \text{.} $$ Consequently, Zeeman splitting occurs without changing the potential at all. (This is admitted by the OP's use of $V(x) \leq \tilde{V}(x)$.)

A magnetic field is a vector field, so does not have spin dependence. That is, the uniform magnetic field is not written as a function of position and spin; it is only a function of position. The Hamiltonian contains all of the interaction terms. If there is coupling between electrons and the magnetic field, this coupling appears in the Hamiltonian. And in a Hamiltonian that has such a term, the spin of an electron does contribute to the sign of the effect of the electron-magnetic interaction. The OP gives no details about his/her Hamiltonian. If a commenter has questions about spin-dependence in the OP's Hamiltonian, the only profitable choice is to inquire with the OP.

So, without changing the numerical value of $V(x)$ at all, binding energies can can be shifted positively or negatively. This is observed in real atoms.

Not the answer you're looking for? Browse other questions tagged quantum-mechanics energy schroedinger-equation potential hamiltonian or ask your own question.

1
Condition for finitely many bound states in one dimension

1
growth condition for the potential
3
Quick question on perturbation theory
4
Is there some quantum potential producing exponential eigenvalues?
17
Is the harmonic oscillator potential unique in having equally spaced discrete energy levels?
3
Bound states, scattering states and infinite potentials
1
Potential energy function for high energy continuum?
1
How is particle in a ring is in bound state?