Was there physics science before invention of calculus?

Is there a part of physics that there is no calculus in it?

Infinitesimal calculus was first formulated by Isaac Newton and Gottfried Leibniz in the mid-17th century. By that time, a number of qualitative and quantitative physical laws had been formulated. Here are some examples of the quantitative laws:

Galileo is the forefather of the modern physics. He has discovered law of inertia and law of acceleration. It may be worth noting that He was unaware of even very basic mathematics (like fractions). He had shown law of acceleration with the help the water clock and integer numbers.

Moreover, Newton has verified his law of gravity (and motion) from the moon trajectory. These laws are in the form of equations, derived by Kepler for which data is taken by his predecessors. If Kepler and his predecessors have not done the Herculean task of mapping the planetary orbits it would be difficult for Newton to establish the validity of laws of motion.

Mathematics is definitely required for easier understanding of the laws of nature and that's why we are using more and more advanced mathematics in the physics. However, saying that there is no physics before the existence of one branch of mathematics, in my opinion it is outright disrespect for the hard work of our forefathers.

I would also like to add that although mathematics comes before humans start to understand the physics but even today people use term "Physical Arguments" that essentially means that one is trying to explain the phenomena without mathematics or with minimal mathematics and mostly from logical arguments.

There are several examples of fields in physics which don't require calculus and were born far before its invention. For example: 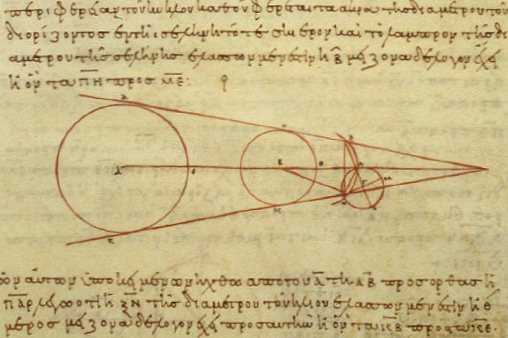 Other examples include hydrostatics and the study of projectile motion (ballistic).

Also, keep in mind that many ancient physical theories didn't make use of mathematics at all. Take for example Aristotelian physics. We may laugh at such a theory today, but we would be silly to do so: such a theory basically dominated the scientific world for two thousand years. For example, the aristotelian theory of projectile motion (the Theory of Impetus) came under slight criticism only during the Middle Ages (!) and we have to wait first Galilei and then Newton (Philosophiæ Naturalis Principia Mathematica was first published in 1687) for a satisfactory theory of projectile motion.

Not the answer you're looking for? Browse other questions tagged history or ask your own question.

6
How were non-Euclidean manifolds applied to physics before Einstein?
0
Was the first principle of Special Relativity new to Physics?
0
How did people think about the Copenhagen Interpretation before decoherence was discovered?
3
How was entropy understood before the development of statatistical thermodynamics?
0
Is there any physics book like Newtons principia mathematica?