Please bear with me - this is not a duplicate question....

From what limited knowledge I have gathered, it seems that when two wires in parallel are carrying equal current, the electrons moving in them have a frame of reference where the stationary wires and protons in the wires are contracted due to relativistic contraction.And that this contraction causes a varying of charge density that causes the two wires to experience an attraction

Here is a picture I drew - The two boxes are sections of a long wire and I am only considering that section - if any electrons seem to exist outside the box, its because they are not in that section we are examining

Let's also dispense with the minute details of whether electrons actually move or that drift velocities are varying or that direction of movement is not exactly along the ideal straight wire. This is a thought experiment. 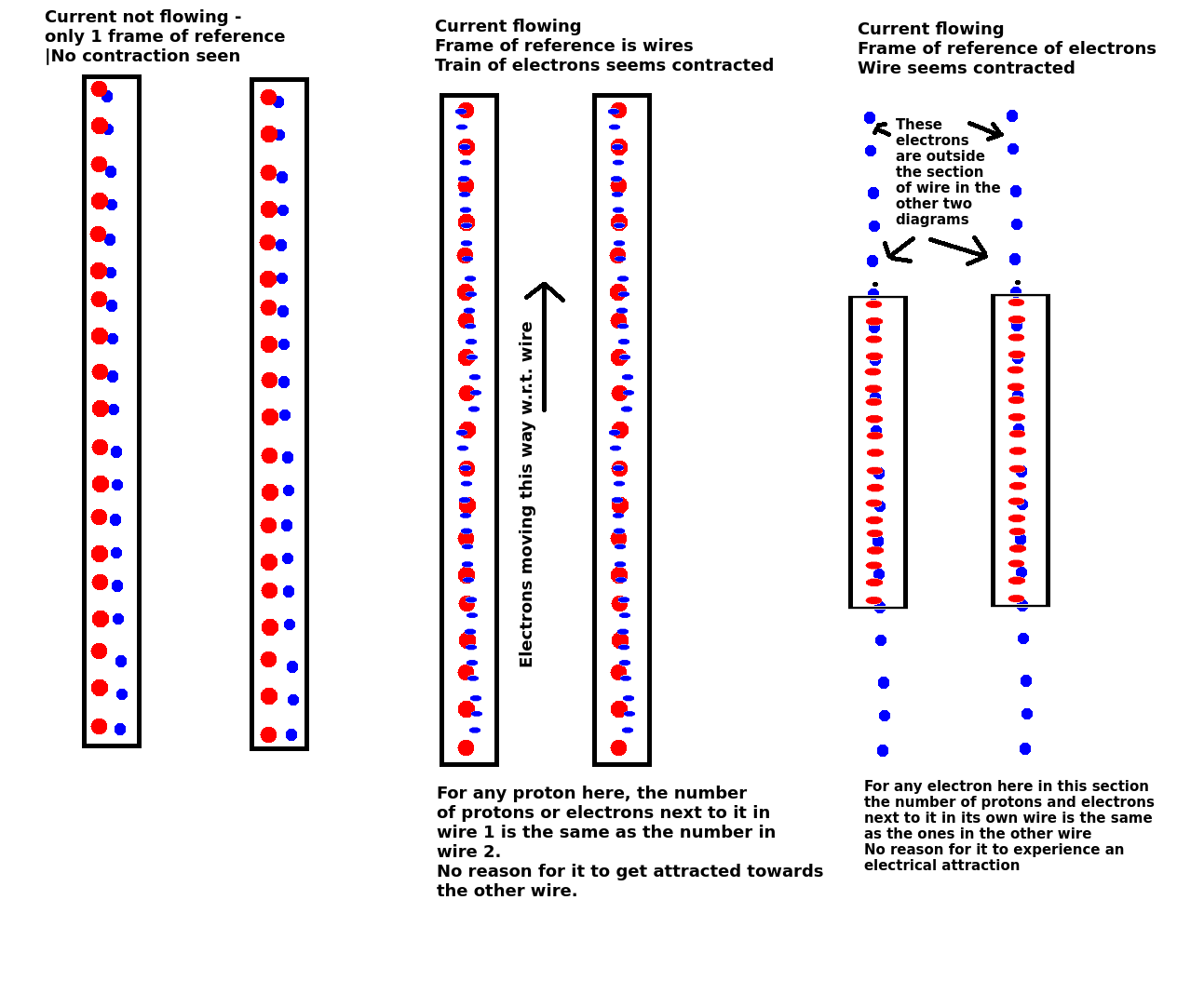 So obviously relativity causes the apparent charge density in the wire to seem different. But I fail to grasp how this can result in an attraction. If there are more protons per unit length in the other wire from the viewpoint of a moving electron, there are also the same number in the wire its moving through. So the electrostatic force should be balanced out - if anything "this" wires protons are much closer by an order of magnitude, so the "other" wires protons should barely have an effect

Or have I got the whole explanation wrong?

It's just about adding forces as vectors.

Not the answer you're looking for? Browse other questions tagged electromagnetism electricity relativity or ask your own question.

1
How does a wire's magnetic field appear as an electric field, when the wire is neutral?