Gradient indicates the direction of maximum rate of change of a function, and it is defined as $\nabla u(\mathbf{x})\equiv\mathrm{grad} \, u(\mathbf{x})$ where $u(\mathbf{x})$ is a scalar function of the position vector $\mathbf{x}$.

Now my question is how can I interpret those two expressions? I mean, I want the physical significance of these two expressions in the sense of definition of gradient, divergence, curl, and also using graphical representation.

Since your question is how to gain an intuitive understanding of what the two equations $\nabla \cdot \nabla \mathbf{F} = 0$ and $\nabla \times \nabla f=\mathbf{0}$ mean, I will discuss the equations in a simple setting. The simpler, more intuitive setting I am thinking of is a discrete setting: the honeycomb lattice, shown below. 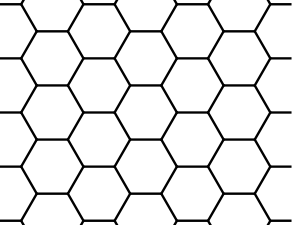 Let me explain how vector calculus works on this lattice. A scalar function takes on values at the discrete vertices of the lattice.

A vector field takes on values on the edges of the lattice. This makes sense because vectors should represent movement from one point to another.

The gradient of a function $f$ has, on each edge, a magnitude equal to the difference between $f$ on the two ends of the edge, and the direction of the gradient, of course, is from the lower value to the higher value.

Now when you take the curl you get a function defined on each face (that is, hexagon) of the lattice. This makes sense because the curl is supposed to tell you how the vector field is going around in a "circle". In this case, the "circle" is really a hexagon. Let's see an example of taking the curl of a vector field. 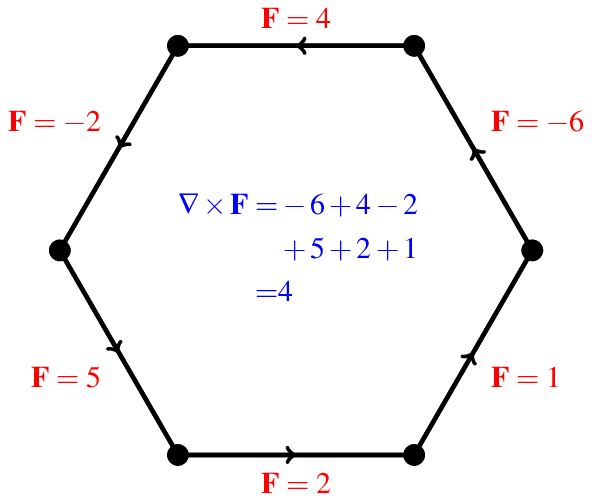 In the above figure, the values of the vector field $\mathbf{F}$ are shown in red. Here I have taken the counter-clockwise direction to be positive, so a negative value means the vector actually points in the clockwise direction. The curl can be found by adding the values as you move counter-clockwise along the hexagon. So the value of the curl at the hexagon shown in the figure is $4$.

Now lets see why the curl of the gradient has to be zero. 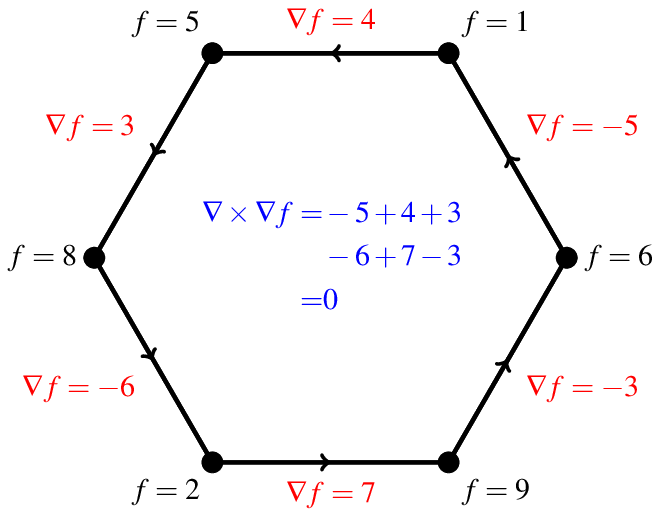 Above, I have shown the values of the function in black at each vertex. The gradient is shown in red at each edge as in the previous picture. We find in this case that the curl is zero. The reason is simple. When you are taking the curl in this case, you are adding up the differences in the function values as you move around the hexagon. But since you end up where you started, the sum of the changes must be zero. 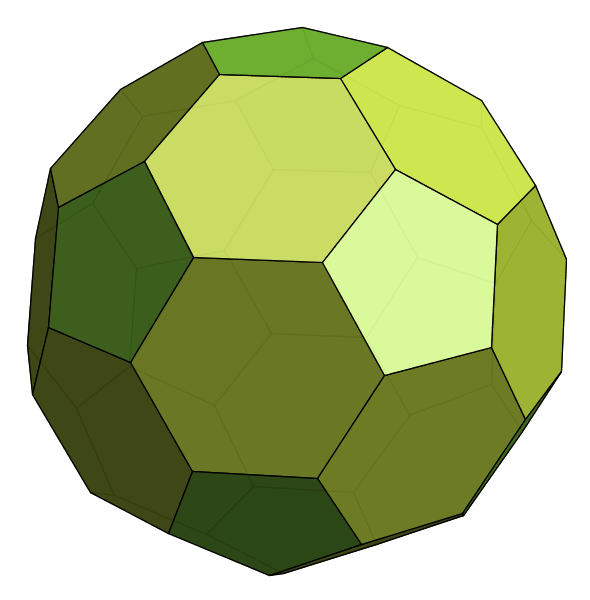 To see why the divergence of the curl is zero, lets just look at what is going on in the two hexagons closest to us. 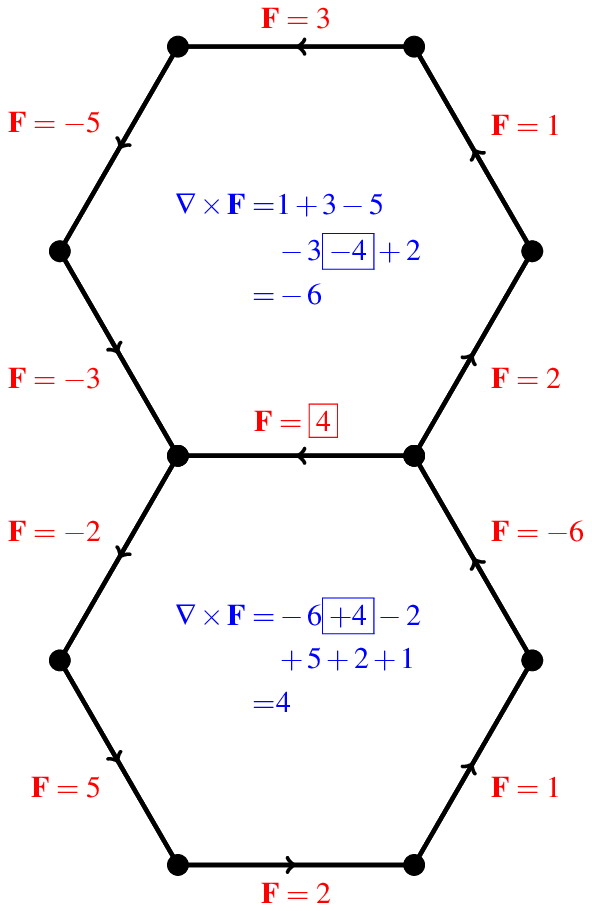 Now I should probably say a few words about how this relates to the situation of normal euclidean space. The situation is really very analogous. You can measure the curl of a vector field by taking its line integral around small circles. However, in the case of a gradient, the line integral tells you the total change in the function as you go around the circle. Since you end where you begin, the total change must be zero. Since these integrals must all be zero for the gradient, the curl of a gradient must be zero.

Consider the electrostatic field, it has sources to emerge from (positive charges) and sinks to go into (negative charges). Such a field has a non-zero divergence.

When we say that the divergence of $ \mathrm{curl} \mathbf{A}(\mathbf{x})$ is equal to zero, this means that the curl doesn't have any sources or sinks, its total flux out of a closed surface is always zero and it is usually either a uniform field or forms closed vortices (as the magnetic field). In general, any vector field with a zero divergence has to be a curl of some other field.

The second equation:$$\mathrm{curl}\left[ \mathrm{grad} \, u(\mathbf{x})\right]= \boldsymbol{0}$$ doesn't have much to deduce from. A field with zero curl is called irrotational. In a simply connected region, such a field is conservative (path independence and no vortices), but we already know this for a gradient.

Not the answer you're looking for? Browse other questions tagged differentiation vector-fields or ask your own question.

10
Gradient, divergence and curl with covariant derivatives
5
Why are divergence and curl related to dot and cross product?
2
Divergence free vector field
5
Is Helmholtz decomposition inherently a non-local operation?
1
Divergence, gradient and differentiation - radial irrotational fluid flow
2
The strange character of operator $\nabla$
0
Computation - can you compute the gradient, Laplacian, divergence and curl of any function?
1
Discrepancy between curl/grad in cartesian and cylindrical coordinates