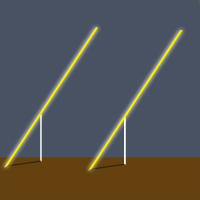 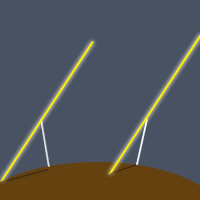 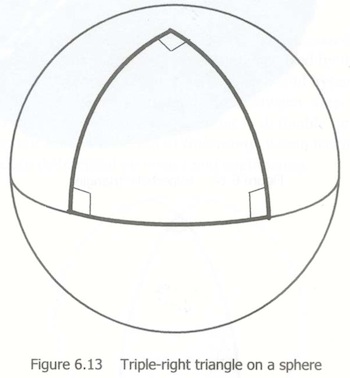 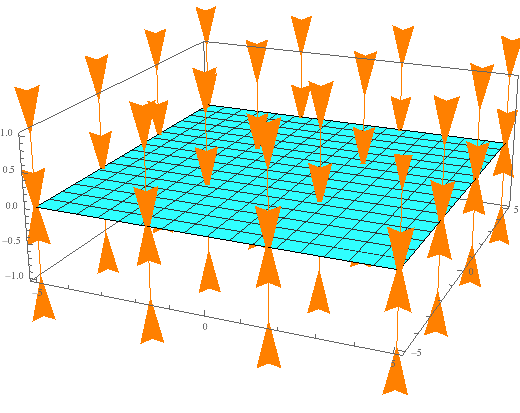 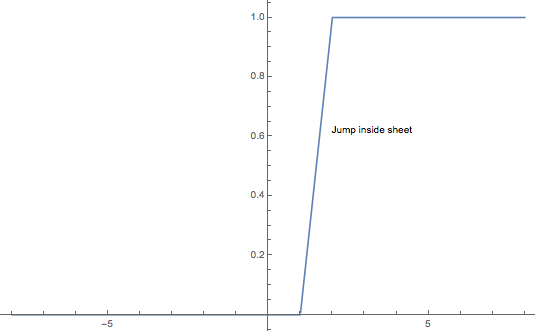 Showing a picture of the earth from space seems like the simplest way to prove that the earth is round, but first of all you would need to convince this tribesman that this photograph is taken from far up in the sky. This can be done by taking a video of the earth from takeoff to orbiting the earth. That way he can see the connection between the world around him and the blue dot on a black background as representing the same thing, the earth.

Seeing a plane disappear behind the horizon. If the earth wasn't round (i.e. flat) the plane would be visible for a longer time than if it was round, assuming it would be visible for a long time.
Of course, the earth could also have another, more exotic form, like a banana, kiwi, pear, or pine apple. Or maybe have a book form. So you have to make a distinction between two forms only: sphere-like or flat.

24
Backyard experiments to falsify the Flat Earth theory
1
Why earth looks always flat when it is round
6
Proofs that Earth is not flat?
2
Is the Earth round?
-1
Prove the Earth is round without vision
9
Triple-right triangle experiment: what's the minimum distance?
2
Question about Earth being round, and whether a hypothetical scenario could be true
2
Closed Room Experiment to prove Earth isn't flat
3
How to measure radius of the Earth in cloudy weather?
0
Using normal rules of gravity, How would gravity work on a flat “world”?
See more linked questions

16
What is the simplest way to prove that Earth orbits the Sun?
5
What is the simplest way to perform a Cavendish experiment?
2
Angular momentum transfer in a bottle vortex
3
What are the problems with using spirit level experiment to prove the flat-earth theory?
154
Simple check for the global shape of the Earth
0
Can we stop the Earth from spinning?