What will we see between the CMB and the current oldest object seen?

If I understand these stories correctly, that means that we have not yet detected any radiation that can be clearly identified to be emitted from a source between these two times (otherwise NASA would announce an even older discovery). I don't think that that is implying that there's nothing there to see, although it's obviously the case that it is beyond our current technology to see in that window. The severe redshift and small solid angle are two complicating factors, another is that most galaxies were only beginning to for around 13.2 BYA.

Regarding astronomical objects of ages between 13.2 and 13.7 BYA: 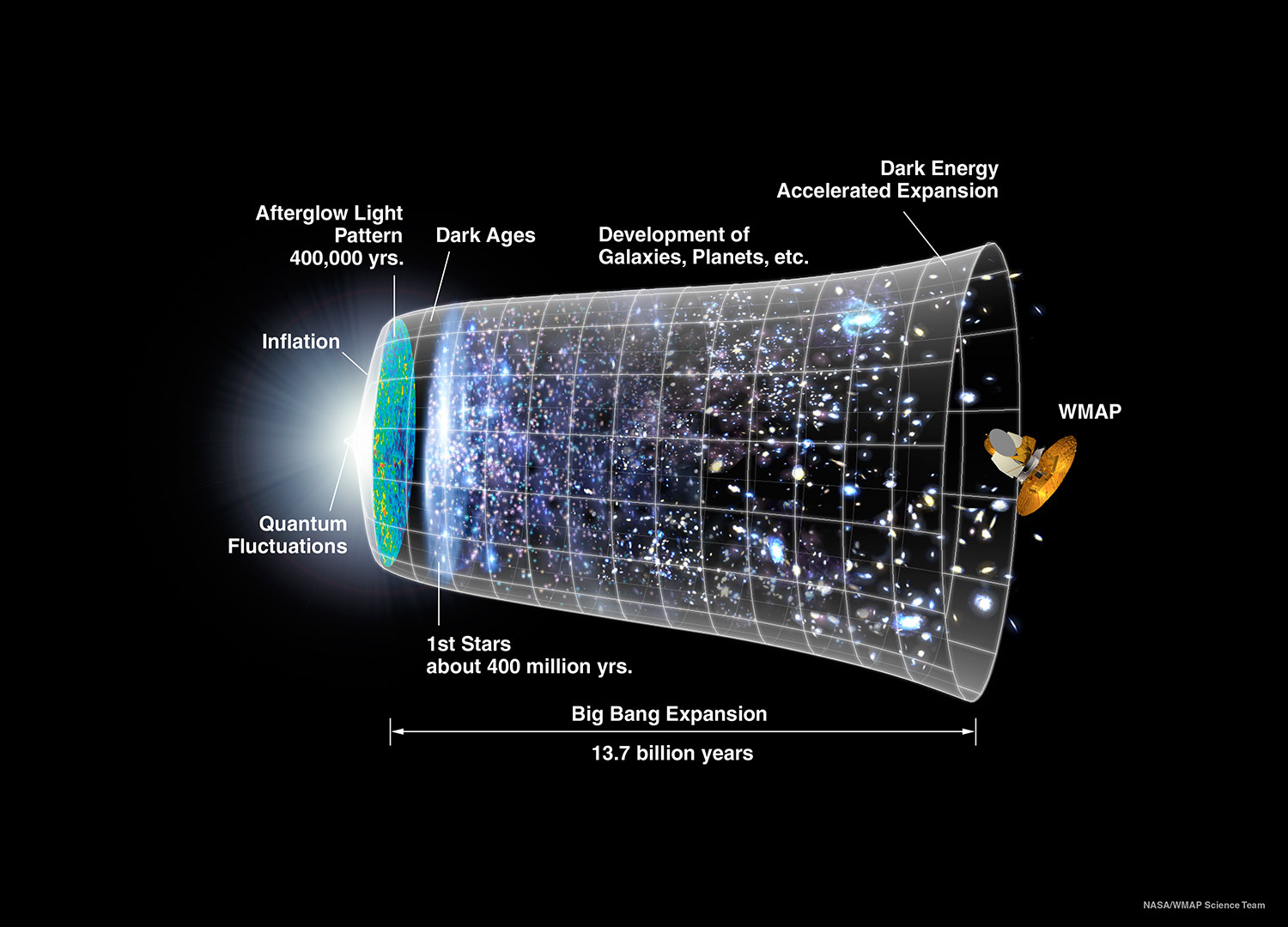 The period between the CMB redshift ($z_\text{CMB}\approx1100$) and the current record for highest redshift objects known (either GRBs or galaxies in the Hubble Ultra-Deep Field, about $z\approx9$) is when the first stars are expected to have formed. They probably start forming at redshifts in the somewhere in the range $15$ to $30$, maybe larger. It's a big unknown at the moment. Either way, these ages correspond to roughly 13.4 to 13.6 Gyr lookback time but the exact timing isn't precisely known.

In this range, we'd expect to see the first stars and the first (proto)galaxies. The stars (and associated events like supernova/GRBs) are therefore there to be seen and, since the high-$z$ protogalaxies we know of are already looking quite galaxy-like, there are probably others out there at slightly higher redshifts.

At higher redshifts than $30$, things really do become dark, though. That's why we call this period the "dark ages". The gas in the Universe cools because it's no longer ionized and therefore mostly transparent. It only starts heating up again when self-gravitating structures begin to contract and collide.

Up to $z\approx12$, maybe more extended protogalactic structures, like those in the Hubble UDF. Up to $z\approx30$, there should be metal-free stars and (shortly after) their associated death-throes. At higher redshift the Universe is genuinely quite dark, though.

The James Webb Space Telescope is partly designed to see these high-$z$ objects. Its wavelength range is roughly 0.6 to 28.5 microns. The first stars are expected to emit mostly ultra-violet light. At redshift $z=14$, say, a 0.1 micron UV photon would be redshifted to 15 microns, squarely in JWST's range.

Well, we have to rely on theory here. The $\lambda$CDM model predicts that there should be lots of hot optically opaque hydrogen forming into the first stars and galaxies. Particular objects of interest will be the Population III stars which formed and died very quickly.

The best eyes on this scene in the near future future will be the JWST and the E-ELT. Both should have the power to see the first galaxy formations but not the wavelength range to reach much further back...

17
Why can we see the cosmic microwave background (CMB)?
25
What is the theoretical limit for farthest we can see back in time and distance?
6
Correlation between large-scale galaxy structure and CMB fluctuations?
5
What is the origin of CMB fluctuations?
15
What evidence do we have that CMB is the result of the Big bang?
7
Why is CMB not considered as the edge of the universe?
10
Since the CMB is the oldest thing we can see, how do we know for sure what happened before the CMB?