Does the curvature of the IMAX screen improve the view of 3D video projections in any way for viewers not sitting in the “sweet spot”?

When I think about a simple 2D projection on a screen with vertical-cylinder curvature and of viewing positions away from the "sweet spot" it seems to me pretty obvious that there would be geometrical distortions of the image and a correspondingly worse viewing experience (unless it was mild enough to get used to and ignore after a while). But what about 3D? Would that too be worse in every way or could the curvature actually improve something specific about the 3D projection? (Still thinking about viewers sitting away from the "sweet spot", which will typically be most of the people in the theater.)

Technologies that produce 3D image in cinemas nowadays use screen image as a basis. So all distortions that are seen on 2D images will translate into image distortions in 3D scene

I used a figure from patent 7106411 to compare curved and plane screens in terms of incidence angle viewing from bad seat (between view direction and screen normal): 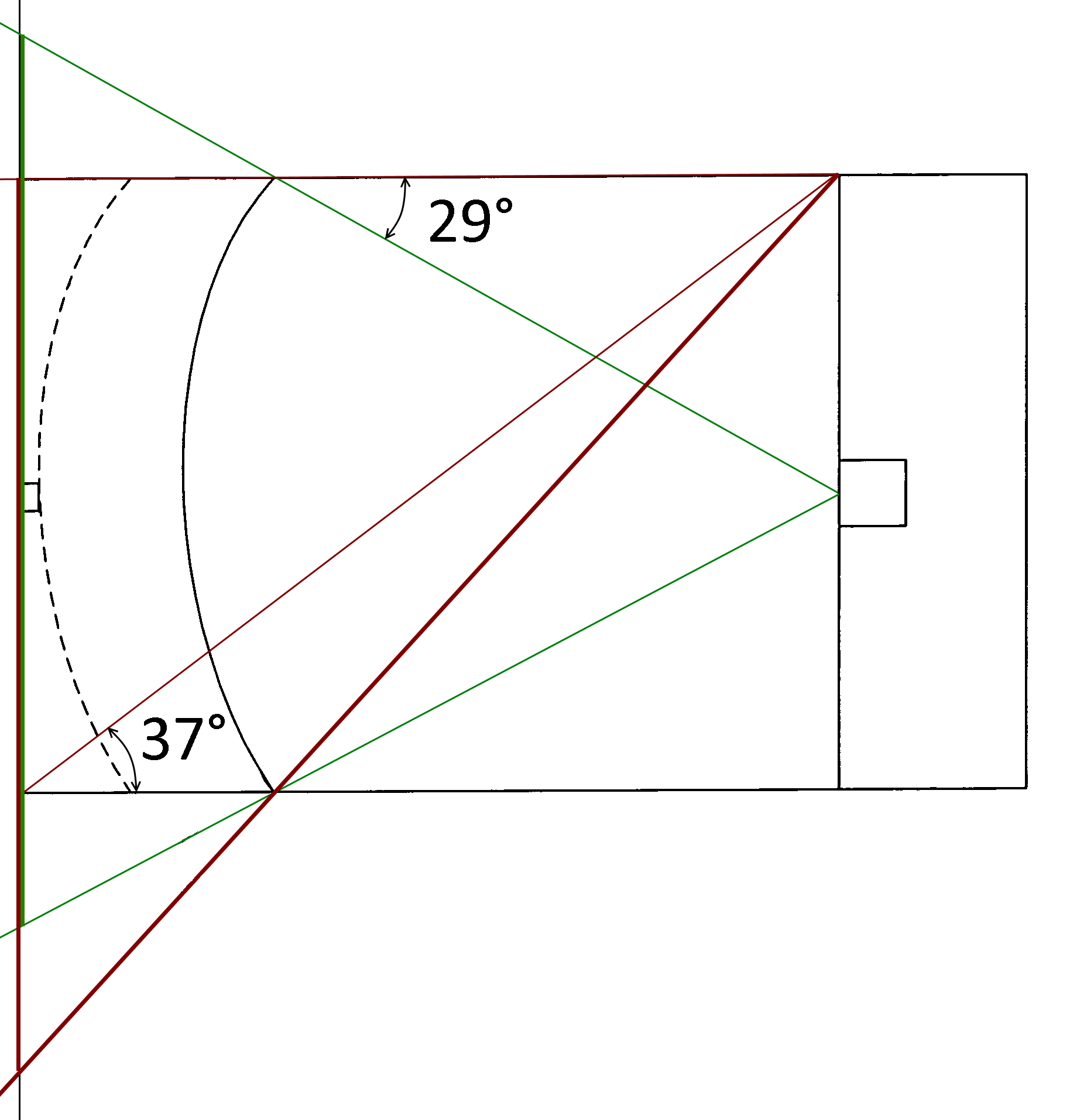 P.P.S. Interesting fact for unfortunate sideways seater in curved screen cinema: if we compare equivalent plane (non-curved) screen sizes for "sweet spot" and sideways seat they are almost the same.

Update 1
after asked for "specific kinds of distortions ... (in) the left and right 2D image differences":

The specific distortion for curved screen is non-linear angle change when scanning screen across (e.g. left-to-right). Incidence angle changes not only due to view direction change but also due to screen normal direction change. But this is a second order effect, so to speak, with lower impact than incident angle difference itself.

And as for 3D, these effects will translate into both image and depth distortions: thinner image, shallower depth. That will still be more pronounced for plane screen, compared to curved screen.

And less angle change causes the fact that "the loss of 3D depth is uniform/constant for the curved screen but non-uniform/progressive for the flat screen" as mentioned in Don Joe's comment.