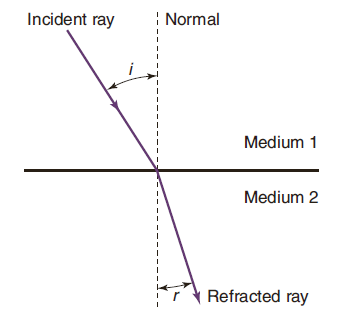 Now, my question: I want to show that $\frac{i}{r}$ is constant. I did so by conducting an experiment and graphing $r$ vs $i$ and getting a straight line. But I want to understand why.

I think my reasoning is flawed please someone that understand the concepts more clear help me. Thanks in advance.

EDIT: This question has been answered but I just want to show the correct experimental results of this experiment and possibly help future students which had the same struggle as I.

My assumption that $\frac{i}{r}$ would be constant did not come about experimental error bur rather from an incomplete set of results. In the experiment I only did angles of up to a magnitude of 45 degrees and assumed the rest would follow a similar trend. Doing angles of up to 45 degrees and graphing the results using accepted refractive indices we get the segment of the graph below between 0 and 45.

Judging by this graph one is easily swayed to believe that $\frac{i}{r}$ would be constant. Indeed, the graph looks like a straight line of gradient of about 30/45 which approximately equals 0.67.

However, after extending the results to angles up to 90 degrees a different trend emerges: 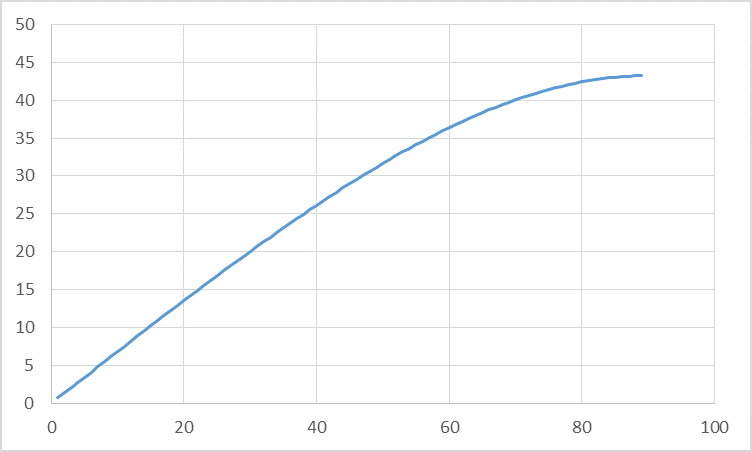 From this new graoh it is clear that no linear relationship holds between i and r, that is, $\frac{i}{r}$ is not constant.

As John stated, the relation is not constant.

Where does the need to "show that $\frac{i}{r}$ is constant come from?

You know that $$n_i\sin{i}=n_r\sin{r}$$ From this you should be able to see clearly that there's no linear relation except when $i$ approaches $0$, or $n_r$ approaches $n_i$. You should never go into an experiment trying to prove an assertion. You may hypothesize, but you may have lost your objectivity and unconsciously warped the experiment in your data analysis. Try the experiment again. Make sure beforehand you know how to analyze the data, run the data analysis only once, and accept the outcome.

Not the answer you're looking for? Browse other questions tagged optics visible-light speed-of-light reflection refraction or ask your own question.