Why is Dark Matter not simply explained by QED?

My understanding is that Dark Matter needs to exist to explain the mass of the universe -- that is, all the observable matter in galaxies are not sufficient to explain the gravitational behavior -- and hence there must be additional matter which is not observable, which is what is called Dark Matter.

After re-reading QED, im at a loss as to why Dark Matter is simply not explained through Quantum Dynamics -- for example, a simple loop like 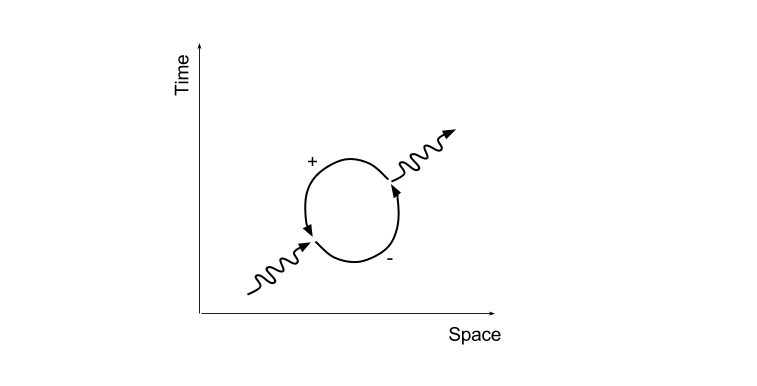 gives rise to electrons that has mass and anything with mass will exert a gravitational force, and since gravity travels in waves the gravitational force will continue to exist somewhere in space even after the mass of the electron has ceased to exist in the loop.

So, now as a observer at a particular junction of time and space, I will not be able to see any matter because it doesn't exist at that time (or space) only the effect, the gravity caused by the matter, is there 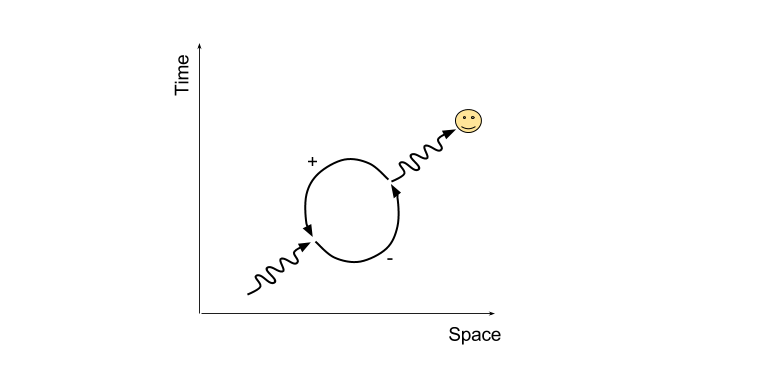 .. but that sounds to me exactly like the description of Dark Matter, and we just need to have the loops happening sufficiently frequent to account for all the missing matter.

So to sum up, why is dark matter not explained through QED?

Moreover, the electrons that exist in these loops are severely off-shell. They are virtual particles. So their invariant mass would not be the electron mass.

Such diagrams are only a mathematical tool: they represent terms in a perturbation series (see for example this post). The internal lines of electron and positron should definitely not be interpreted as particles moving along the sketched trajectory, because they cannot be associated with any meaningful particle states. They just represent interaction between photon and fermion field.

Even if such process would be happening, it would not affect the gravitational field. The source of gravity is the stress-energy tensor, so even light can curve space-time. Decay of particles does not change the amount of energy and momentum in the given region (due to conservation), so the gravity is unaffected.

"Another explanation for how space acquires energy comes from the quantum theory of matter. In this theory, "empty space" is actually full of temporary ("virtual") particles that continually form and then disappear. But when physicists tried to calculate how much energy this would give empty space, the answer came out wrong - wrong by a lot. The number came out $10^{120}$ times too big. That's a 1 with 120 zeros after it. It's hard to get an answer that bad. So the mystery continues."

Not the answer you're looking for? Browse other questions tagged quantum-electrodynamics dark-matter or ask your own question.

8
Why the photon can't produce electron and positron in space or in vacuum?
2
Are there any other pairs similar to virtual and normal photons?

0
How much dark matter is needed to gravitationally distort light?
32
Is Dark Matter called "Matter" only because of gravity?
15
Is matter - dark matter symmetry possible?
1
Does dark matter need a second force to collect in ordinary matter?
1
Does loop quantum gravity explain the dark matter effect without dark matter?