Which interpretation is correct (or preferable) and mostly commonly used? 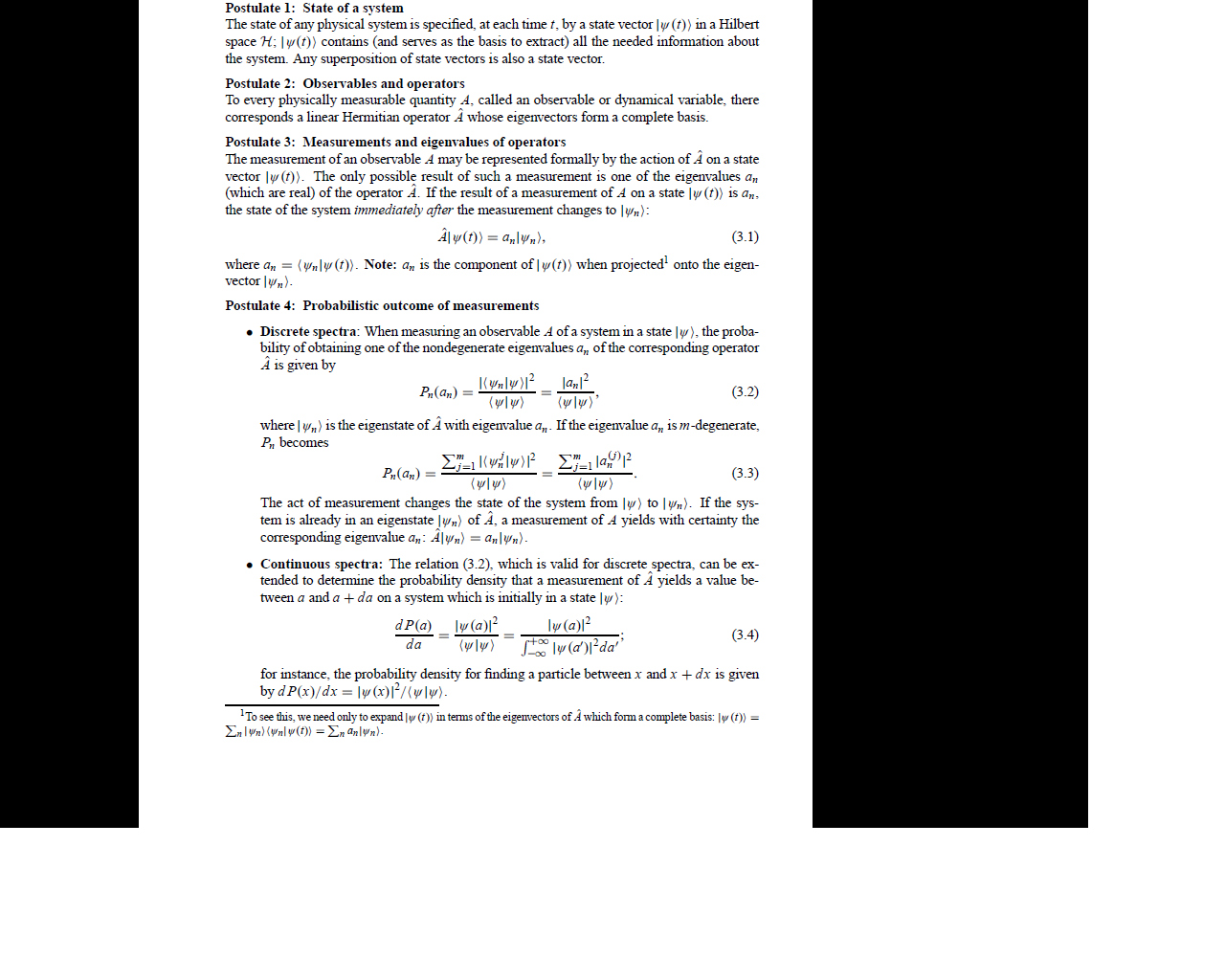 There is absolutely no "freedom for interpretations" here. Both books should – and all other books that are not completely wrong do – agree with these formulae and agree that $a_n$ never indicates an eigenvalue.

In both books and all of science, $a_n$ is the complex probability amplitude such that $|a_n|^2$ represents the probability that the system has the $n$-th eigenvalue of the corresponding operator. The eigenvalue is usually called $\lambda_n$. After this answer was written, a screenshot proved that Zettili really uses the symbol $a_n$ both for the amplitude and the eigenvalue – it's a big enough confusion in the notation.

The complex probability amplitude $a_n$ or $c_n$ – both notations are widespread, and many others – are the coefficients in the expansion of a state vector $$ | \phi \rangle = \sum_n c_n |\psi_n\rangle $$ Here, the basis vectors $|\psi_n\rangle$ are eigenvectors of an operator $L$ $$ L |\psi_n \rangle = \lambda_n | \psi_n \rangle$$ where $\lambda_n$ are the eigenvalues. Also, the equation $$ P_n(a_n) = \frac{|a_n|^2}{\langle \psi | \psi \rangle} $$ says that the probability that the eigenvalue is $\lambda_n$ (which is indicated simply by the subscript $n$ of $P_n$) is the squared absolute value of the probability amplitude, $|a_n|^2$. The denominator is written there to allow the norm $\langle \psi|\psi \rangle$ to be different than one – it has the same effect as rescaling $|\psi\rangle$ for the norm to be one.

Also, in the equation, the left hand side contains $(a_n)$ which simply says that the probability that the eigenvalue $\lambda_n$ is realized is a function of the probability amplitudes $a_n$ (well, the particular one with the same $n$ is the most important one, but the others may enter through the denominator which is needed if one ignores the condition that the norm should be one).

0
Eigenvalue $a_n$
1
Coefficients and wavefunction in quantum mechanics
1
Definitions of position operator in QM
3
Understanding Landau & Lifshitz' argument for the orthogonality of eigenfunctions
3
What is physical meaning of state getting by acting of Hermitian operator to non-eigenstate?
1
Confused over a line in L&L Quantum Mechanics (non-relativistic) involving linear algebra
1
Quantum measurements: Eigenvalue equations and projection equations