Does changing a closed surface in the manner outlined contradict Gauss' Law?

As I understand it, Gauss' Law states that the electric flux on any arbitrary closed surface is equivalent to the sum of all charges enclosed within the surface times a constant. Mathematically, this is its expression:

Ok, now let's consider a sphere of radius $r$ as the closed surface surrounding a point charge $P$ located at the center of the sphere. I will be simplifying images with drawings of a circle rather than a sphere, but I expect it should be obvious how I mean to extend this into 3d. It should look like this: 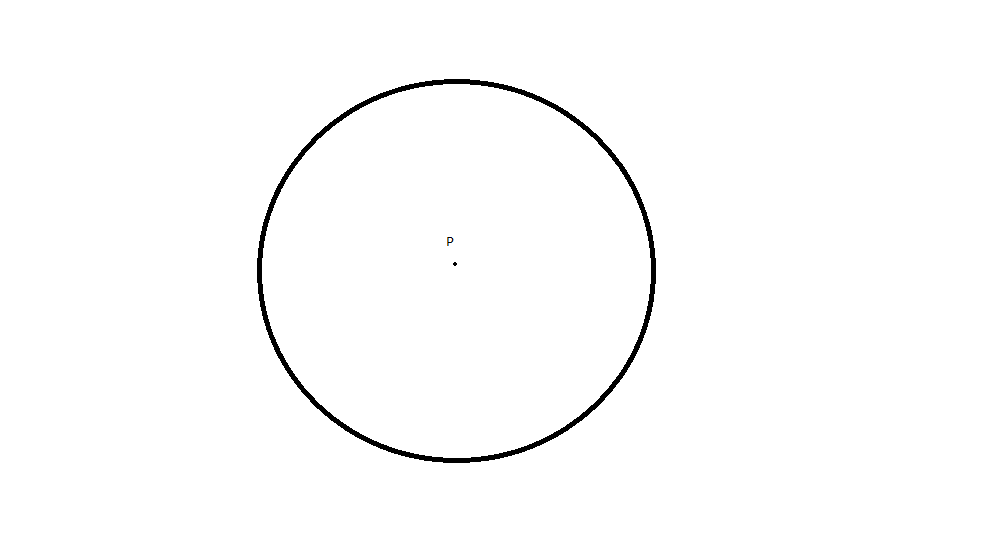 Now on a sphere we will use four points to make a plane, but to continue with our drawing let us take two points $A$ and $B$ on the surface of the sphere. The line $AB$ must meet two criteria: 1) It is perpendicular to the radius of the circle. 2) Its length is less than $r$. 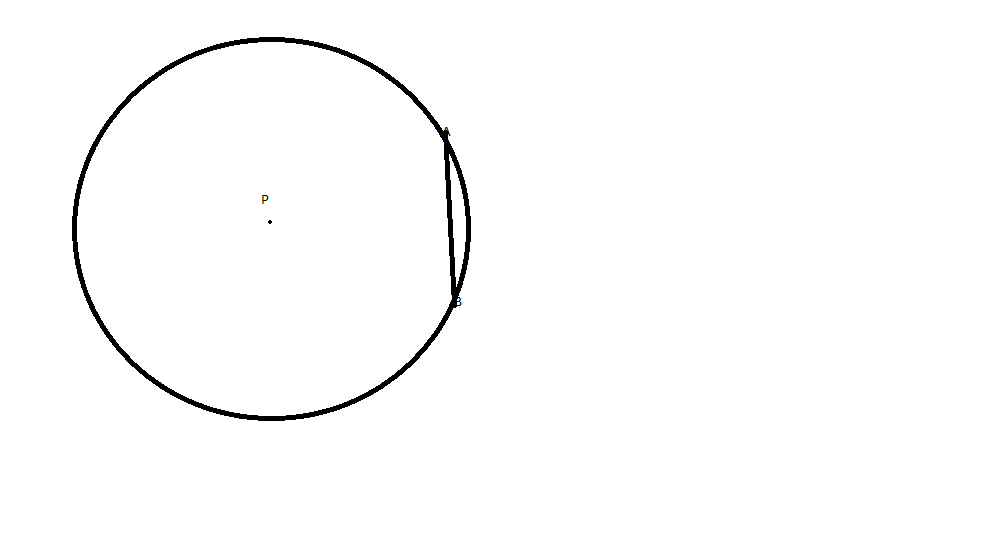 Now let us take the chunk on the side opposite the line and reflect it over the line to make a dimple on the circle that looks like this: 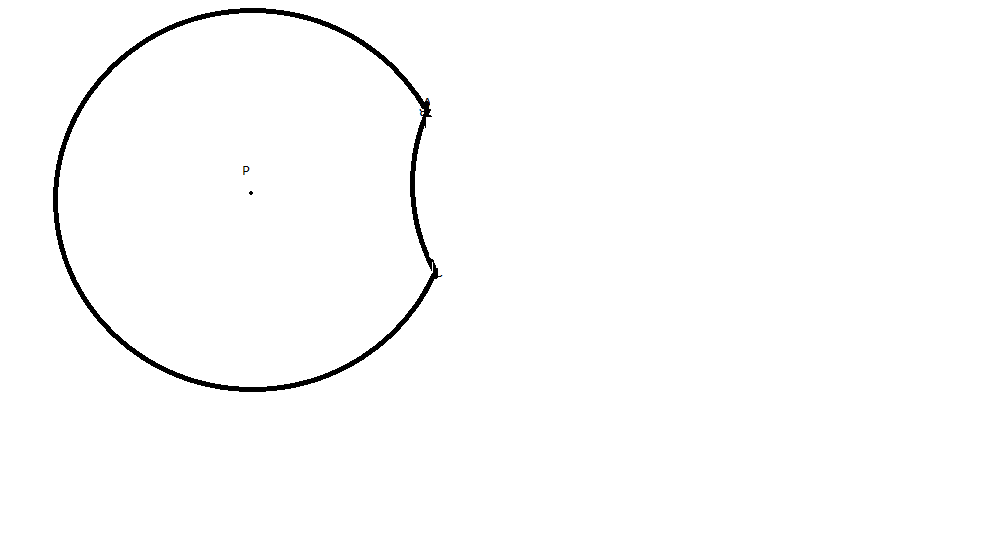 On a sphere this should look just like a dimple on a ball.

Now every point that was not reflected has the same electric flux going through it as the first sphere's corresponding point. Further, the portion that was reflected avoids complications with the area through which the flux goes through by maintaining the same curvature as before it was reflected. However, because the reflected surface is now closer to the point charge, that portion of the surface has a greater value of electric field than the same portion prior to its reflection. Thus we can conclude that the net electric flux is greater when we reflect a dimple onto our sphere. In our equation: $$\oint \overset{\rightarrow }{E}dA = \frac{q}{\varepsilon _{0}}$$ This would imply that the enclosed charge is greater because the permittivity of free space is constant, but that can not be the case because we did not change the enclosed charge $P$ at all.

I am asking for an explanation of why this contradiction comes about, or of what I am misunderstanding. :P

The RHS side of Gauss's Law, that is the charge enclosed should remain the same is indeed true. The apparent confusion if any, should be in the LHS of the equation, the integral of the 'dot product' of field and area vectors. Consider the diagram, 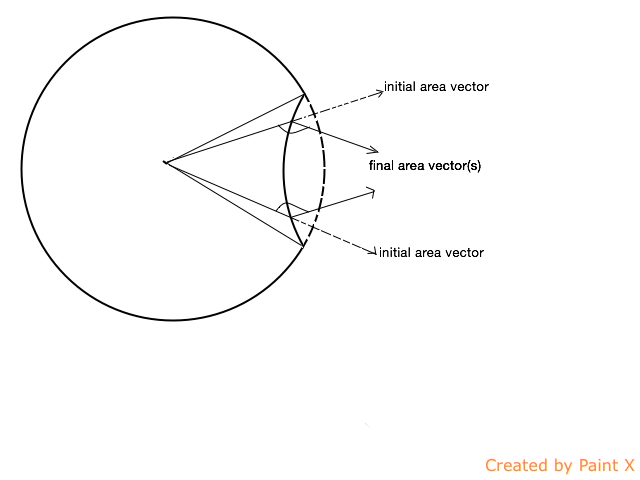 Now, when we take the dot product of the field vector with the area vector in the initial case, the field and area vectors are parallel, and therefore, the value of cosine is 1 (in the dot product), and then you get the required answer. Now, in the second case, the area vector is no longer parallel to field vector (the field vector remains in the direction of area vector) and you end up multiplying the magnitude of a component (the cosine) with the magnitude of field at that location. The magnitude of dot product of two non parallel vectors is less than that of two parallel vectors. So while you decreased the distance between charge and the surface, at the same time the cosine no longer remains the same, so it negates the effect of distance.

0
Gauss' law and ions?
1
Gauss Law - charges outside the gaussian surface
3
Confusion regarding gauss law
2
Gauss's Law for Non-Uniform Electric Fields enclosed within Gaussian Surfaces
2
Will the flux through an arbitrary closed surface be finite or infinite when a plane charge intersects the Gaussian surface?
1
Flux density via Gauss' Law inside sphere cavity
1
Why does Gauss's law apply to any shape of a closed surface?