Work done according to Newton's Principia 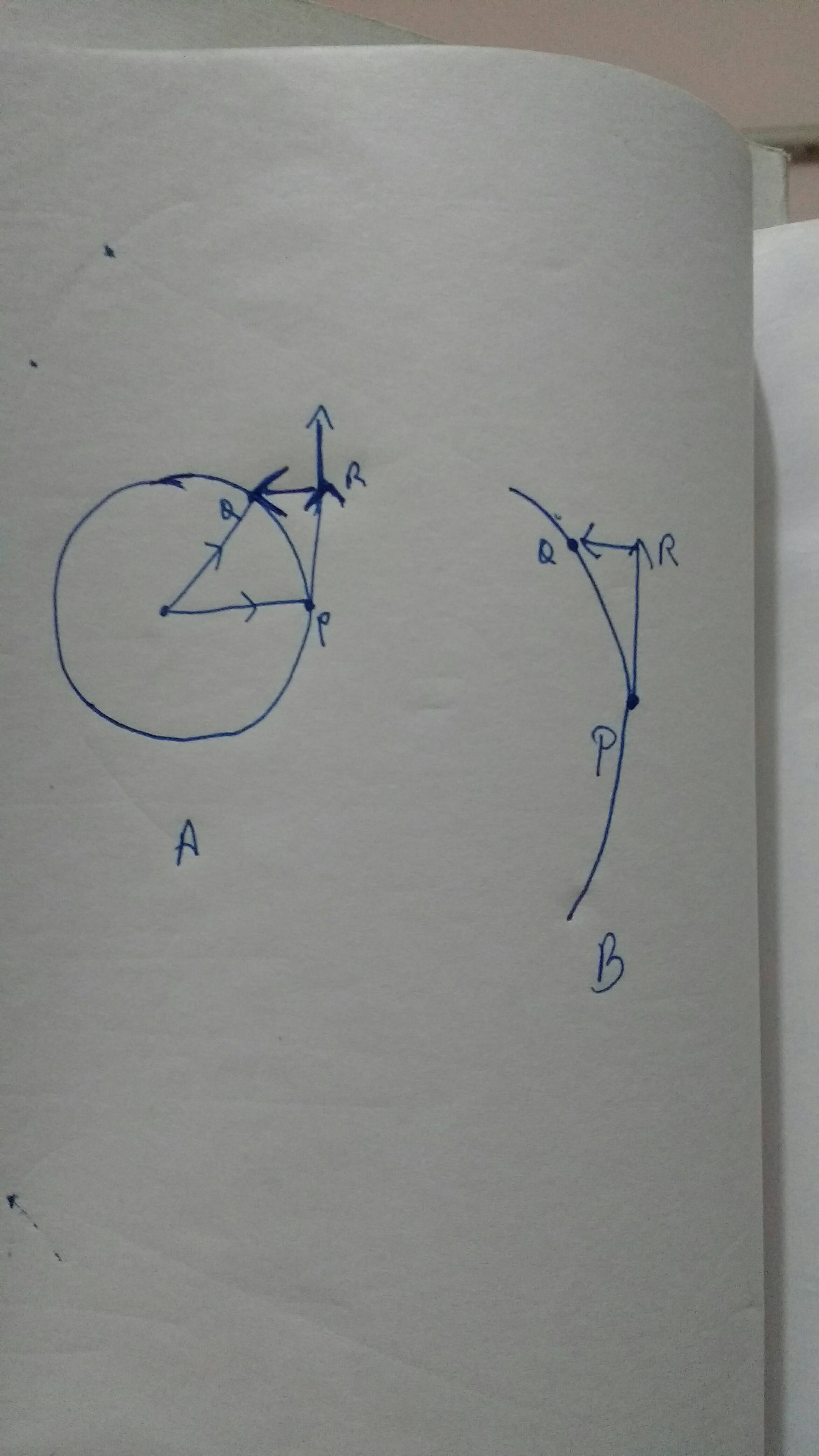 Actually I was going through the principia, reading Newton's derivations of the properties of ellipses. Suddenly I had this question which got stuck in my mind - Throughout Principia Newton uses the diagrams that i have drawn above. He says that if the body is moving in any orbit under a central force then if it moves from P to Q then its actual dispacement is RQ. Chandreshakhar uses this fact ( even Newton ) has to get the formula for centrepetal force. Sorry for the bad digram but in a small time interval RQ is parallel to the radius vector (fig A). Since displacement is parallel to the radius vector then it is parallel to the centrepetal force. Hence work done in that time interval should not be zero. But work done in circular motion is zero ( by the central force). So is the work done zero in a complete circle because even for a quarter or half a circle it shouldn't be zero according to this logic. Is there some flaw in my question. Sorry that its a very basic question but I am unable to find the fault within it ,if it has.

energy energy-conservation work centripetal-force
share|cite|improve this question|||||
asked May 25 '16 at 17:27

Notice that in the finite approximation the vector PR is not perpendicular to the radius, so work is done on it. By the drawing, this work is of the opposite sign that that in QR, so they both compensate to zero. I'll leave to you to compute both if you are really interested.

Another way to see it, the gravity force is derived from a conservative field, so the total work between two pints is independent of the path. If you follow the circular path it will be zero. If you follow the drawn path is should also be zero

Work done by a central force is Zero. At every moment the force is perpendicular to the displacement of the test particle. If you see your diagram it's very easy to see that at the final and initial position of the particle the force is not in the same direction. What he actually does is to assume that P and Q are actually arbitrarily close. So now the assumption of

RQ is parallel to the radius vector

actually works. and the workdone is thus also vanishingly small.

Actually what we see here is a misconception that occurs while imagining calculus. Arbitrary small scales can give you pictures that are counter-intuitive. What Newton was trying is to take derivative of energy to get force. So he chose this path.

Not the answer you're looking for? Browse other questions tagged energy energy-conservation work centripetal-force or ask your own question.