What would happen if the polar ice caps of Mars melted?

My dad told me that Mars' polar ice caps are made of H2O and CO2. If they melt, would it add an atmosphere to Mars and allow life?

I've read that if all the CO2 sublimated at once, it could start a greenhouse effect which could raise the temperature and pressure of mars enough to melt the ice caps into water (rather than H2O gas), which would be enough water to cover the planet in an ocean a few tens of meters deep (although because of the topography of Mars, the ocean wouldn't actually be able to distribute itself around the planet). This is mostly speculation though, this won't just spontaneously "happen" and the ice caps freeze and sublimate all the time. I don't think there's been much study into what might actually happen if the ice caps melted, rather this idea was used to convey that there's plenty of water on mars, enough to sustain life there if other conditions (like surface pressure and temperature) were improved.

In short: Yes, the atmospheric pressure does increase when the polar caps shrink. And if all of the frozen carbon dioxide on the planet (not just the poles) were to sublime, the pressure would increase enough to be able to support liquid water. And there is a large amount of water frozen in the poles, and an undetermined amount trapped in the regolith. But for such melting to occur, it would probably take global scale geo-engineering that no one knows how to do.

The pressure is currently too low for the carbon dioxide and water ice in the caps to melt, i.e., go from solid to liquid. Instead, they sublime into the atmosphere, resulting in annual variations of as much as 25% in the atmospheric pressure. Interesting fact: the carbon dioxide in the north completely sublimes during the summer.

There has been a significant effort to study the layers of the polar ice caps that are formed by this process. Sublimation occurs, the atmospheric carbon dioxide and water vapor meet up with airborne dust, and they condense back down. You can see this layering in views of the northern ice cap such as this one: 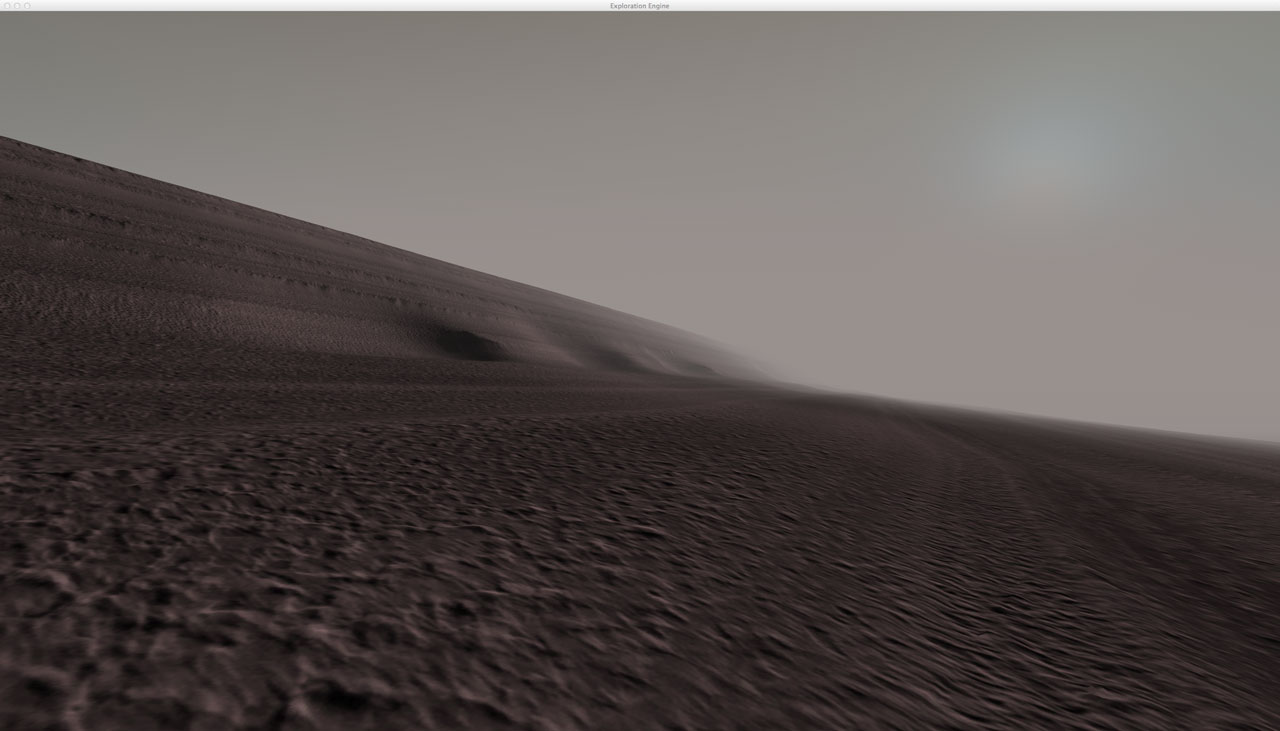 This image is based on a HiRISE Digital Terrain Model and associated imagery.

The polar ice caps are made of CO2 and H2O. Most of the CO2 sublimates in the summer time and then snows back in the winter. The freezing point of CO2 is -80°C. 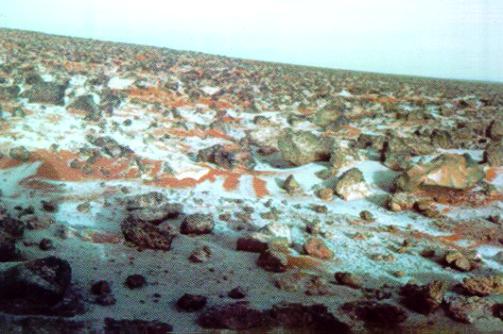 Why it's so dry:
The atmosphere on Mars is extremely dry, and for a reason. The planets gravity isn't strong enough to maintain H2O in its atmosphere, so whatever H2O it used to have has either frozen or leaked into space by now.
Element masses from the periodic table: H=1,C=12,O=16.
Hence: H2O=(1+1+16)=18 and CO2=(12+16+16)=44.
So CO2 is much heavier than H2O and therefore doesn't escape into space nearly as easily. As a planets gravity diminishes there is an exponential increase in the rate of molecular leakage into space, and Mars as opposed to Earth obviously leaks H2O at least somewhat badly. If the temperature would be raised to melt the H2O on the poles then this leakage would start happening again. It is a question of how much time we would have though, for this effect is far from instant.

Why it would fail:
The polar ice caps contain a lot of water, enough to cover the entire planets surface a number of meters deep. But that's actually very little considering the water on Earth for instance is enough to cover it 2,000 meters deep. So even with the poles entirely melted Mars would be a vastly drier place than Earth. Those few meters would condense into tiny places around the planet and mostly just evaporate eventually, for they have a lot of atmosphere to humidify. And from there this water would either fall back to reform the glaciers or escape into space.

Why feed-on-itself processes won't save:
A thing that could potentially save the planet from this cold, dry fate is if a feed-on-itself process would be triggered in which the new water in the atmosphere would increase temperature which would bring more water into the atmosphere (from non-polar water sources, see below) until some better than current equilibrium would be reached. This is unlikely to happen though for Mars used to be a wetter place, and from that wet state it became the dry place it is today. So if we throw the planet into its old state, it will most likely just start reverting back to its current dry state again. We could at best expect the process to be slow.

Of course it's possible to throw Mars into a state that is neither its old nor its current, by introducing super greenhouse gases like CFC into its atmosphere. But that's a different subject.

Arguments for non-polar water ice:
-Frozen subsurface ice: It is very likely that lots of water is hidden beneath the surface. For instance, Mars used to be volcanically active and during volcanic eruptions glaciers sometimes get covered with lava. That happened for instance in the Eyjafjallajökull eruption in Iceland in 2010. Massive amounts of ice are now covered with sands over there, possibly storing that ice for millennia regardless of future climate events. When this happens the cold of the ice versus the heat of the lava can create a bubble effect on the surface of the lava, that effect has been detected on Mars. Evidence
-Dried up riverbeds: Dried up riverbeds have been noted on the Martian surface indicating surface water in its past. Evidence